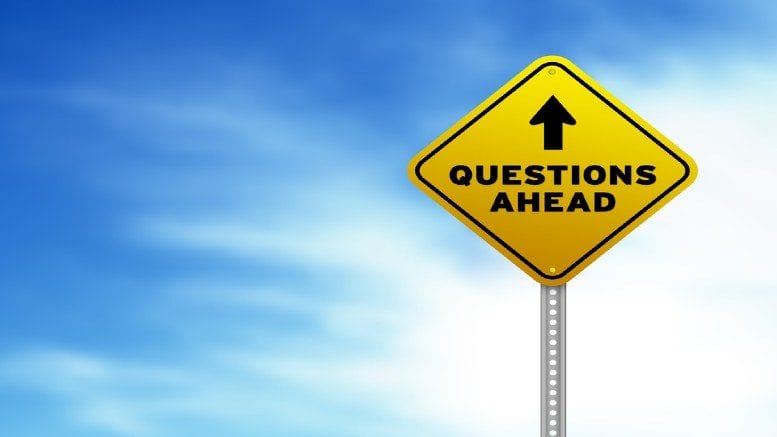 Highly regarded Jones Partners’ principal Bruce Gleeson has dodged a bullet after NSW Supreme Court judge Ashley Black this week chose not to initiate an inquiry into his conduct as liquidator of Military History Tours Australia Pty Ltd (MHT), a company which offered travel to sites like Gallipoli until relations with Swiss-based cruise ship operator MSC Cruises SA soured in 2014.

In the matter of Humur Pty Limited [2020] NSWSC 1759 Justice Black detailed how Gleeson provided inadmissible evidence, failed to adequately assess a proof of debt and failed to make adequate inquiries in advance of commencing the proceedings.

“As a matter of procedural fairness, I drew Mr Gleeson’s attention, at the conclusion of his cross-examination on the first day of the hearing, to the possibility that the Court might invoke its jurisdiction to conduct an inquiry into his conduct in respect of these proceedings, now reflected in Div 90 of the IPSC”. Justice Ashley Black.

His honour also drew attention to Gleeson’s possibly bungled assignment of a cause of action to Pattison Hardman, a company controlled by lawyer Paul Taylor, who until last year was a director of CCGS Legal, the solicitors acting for Gleeson and for the second plaintiff in the proceedings, BBRC Investments Pty Ltd.

Though not related to Paul Taylor, one of BBRC Investments two directors and its sole shareholder is Daniel Taylor, the managing director of CCGS Legal. Daniel Taylor is also a former director of Pattison Hardman.

In the end the judge chose not to utilise the court’s power, rarely invoked, to inquire directly into a liquidator’s conduct.

“As a matter of procedural fairness, I drew Mr Gleeson’s attention, at the conclusion of his cross-examination on the first day of the hearing, to the possibility that the Court might invoke its jurisdiction to conduct an inquiry into his conduct in respect of these proceedings, now reflected in Div 90 of the IPSC” his honour said.

“I have ultimately concluded that I should not invoke that jurisdiction, and it is therefore not necessary to conduct a preliminary hearing in that regard.

“I bear in mind that this jurisdiction is, rightly, rarely invoked by the Court on its own motion, rather than on the application of a regulator or affected party.”

That affected party is MHT’s director Paul Francis Murphy, of Goulburn, who appeared as a self-represented defendant in the proceedings.

Why his honour didn’t consider inquiring into the conduct of the solicitors for the plaintiffs remains a mystery.

In the wake of the judgement Gleeson engaged Gillis Delaney’s Michael Hayter to act for him in the event the dreaded inquiry is made manifest. Hayter’s view was that the criticisms, whilst valid, were unjustly allocated given Gleeson was only a “nominal” plaintiff.

“Mr Gleeson, although the first plaintiff in the proceedings, was not seeking any relief against the defendants,” Hayter said.

“If you go through the judgment in detail, most of the criticisms relate to the lack of admissibility of evidence and a defect in the assignment of the cause of action. These are all matters for the lawyers who are acting,” Hayter said.

“There is also a criticism that Mr Gleeson was unaware of an offer of settlement in circumstances where the same lawyers acting did not inform Mr Gleeson of the offer.

“There is no doubt the solicitors should have ensured the evidence was admissible, ensured the assignment could not be subject to challenge, informed Mr Gleeson of the offer of settlement and importantly advised Mr Gleeson to seek independent legal advice when and if any of these issues arose,” Hayter said.

CCSG Legal’s Daniel Taylor said he was unable to respond to iNO’s inquiries before publication. To be fair our inquiries were sent only shortly before iNO’s publication deadline.

The arrangements in respect of the assigned cause of action would seem to create a conflict of interest.

After paying Gleeson $25,000 for the cause of action Paul Taylor extracted a payment of an undisclosed amount from the director.

You’d think that that payment would have extinguished the claim but Taylor then assigned to BBRC all of what had been Pattison Hardman’s rights in the relevant claims. His honour identified a number of problems with the arrangement.

“The Plaintiffs did not address how the question whether a statutory cause of action under s 588M of the Act could be further assigned in that manner, where s 100-5 of the IPSC is restricted, in its terms, only to an assignment by an external administrator and does not authorise further assignment of statutory claims by subsequent assignees,” his honour said.

“Mr Murphy appears to have made a payment to Pattison Hardman in response to a demand that it made in reliance on that assignment.

“Despite that payment, Pattison Hardman then assigned to BBRC all of its rights in the relevant claims, which cannot have risen higher than any rights held by Pattison Hardman, and BBRC now pursues these proceedings in reliance on those rights.” This might not be the end of it. Support INO’s continued chronicling of the insolvency sector.