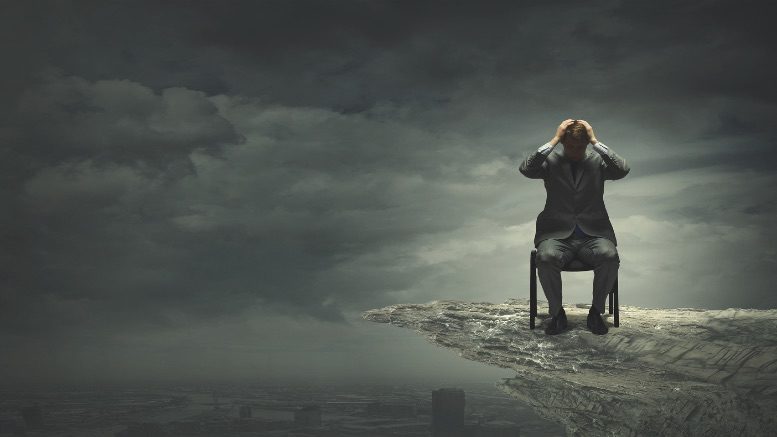 For at least a decade Nick Crouch has advocated for reform of insolvency laws with the aim of achieving a simpler regulatory regime for businesses seeking to survive, but now it’s the NSW north coast native’s own license to liquidate that’s under threat.

Last week the Crouch Amirbeaggi co-founder was referred by ASIC to a Schedule 2 disciplinary committee, no doubt after failing to satisfy whatever issues the regulator would have expressed in the concerns notice that always precedes such referrals under Schedule 2 of the Insolvency Practice Schedule (IPS).

“Mr Crouch was cross-examined as to that matter and, after he was given the appropriate warning under s 132 of the Evidence Act 1995 (Cth), relied on the privilege against self-incrimination in respect of a number of answers to those questions, which I ultimately did not direct him to answer.” Justice Ashley Black

While the basis of the referral has not been confirmed iNO is aware that ASIC has had a bee in its bonnet for some time in respect of Crouch’s involvement with Australian Tailings Group Pty Ltd (ATG), where Crouch was first engaged as an investigating accountant (IA) to produce a solvency report in early 2020.

Finalisation of the report depended on Crouch obtaining independent verification of information provided by sole director John Hillman but before that verification could be acquired an oft adjourned winding up application was brought on for hearing, catalysing Crouch’s appointment on April 6, 2020 as voluntary administrator (VA) of ATG.

Going from being an IA engaged to prove a company’s solvency to a VA whose appointment suggests the opposite was not something that NSW Supreme Court judge Ashley Black was prepared to let pass without comment when he heard the winding up application three days later.

Citing Crouch and ATG’s counsel Daniel Krochmalik, his honour said: “Mr Krochmalik, who appeared for ATG and Mr Crouch, placed very heavy weight in submissions on the fact that Mr Crouch had only recently been appointed as administrator, but it should be noted that has occurred in the course of a winding-up application that has been on foot for a long period; where ATG has repeatedly asserted that it wished to lead evidence to establish its solvency, and briefed an initial expert to do so, then briefed Mr Crouch to do so, and sought extensions of time from the Court to lead evidence to do so; and now, at the very last moment, has reversed course to accept that it is either insolvent or likely to become insolvent, and appointed Mr Crouch, who was previously to lead evidence of its solvency, as its voluntary administrator.”

In the matter of Australian Tailings Group Pty Limited [2020] NSWSC 1543 Justice Black also raised the question of whether Crouch could be seen to be sufficiently independent after it emerged that Crouch had acted as an “intermediary” for the director in conveying offers from Hillam to one of the petitioning creditors and to the wife of the other.

“One of the plaintiffs, Mr Wood, led evidence that he had been approached, and the wife of the other plaintiff had also been approached, by Mr Crouch in what I will describe, generally and charitably, as an attempt to bring about a settlement of the claims against ATG and an adjournment of the winding-up, on a payment made by ATG or Mr Hillam to those creditors,” the judge said.

“Mr Crouch was cross-examined as to that matter and, after he was given the appropriate warning under s 132 of the Evidence Act 1995 (Cth), relied on the privilege against self-incrimination in respect of a number of answers to those questions, which I ultimately did not direct him to answer.”

iNO makes no suggestion of wrongdoing but given this judgment has been floating around for more than 18 months it wouldn’t come as a shock if this is what lies at the heart of ASIC’s show cause notice and the subsequent referral.

The question now is whether Crouch can persuade an ad hoc committee whose appointees are yet to be revealed but will include a nominee from ASIC, that whatever is alleged against him doesn’t warrant cancellation of his registration.