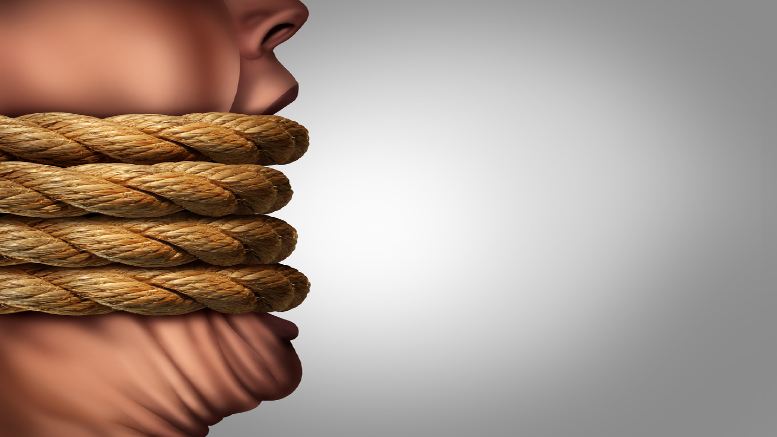 Veritas Advisory principal David Iannuzzi was never going to suffer iNO reporting on his public examination into the affairs of RC Group Aust Pty Ltd (RC Group) without objection it seems but the Federal Court has ruled that this was a stoush the ex-liquidator couldn’t win.

On Monday Federal Court Registrar Susan O’Connor advised the parties that she had refused to make orders gagging iNO from reporting Iannuzzi’s testimony, which he provided last Friday during live-streamed public examinations being conducted on behalf of RC Group’s liquidators Gayle Dickerson and Stephen Vaughan.

Iannuzzi’s lawyer Johnson Winter Slattery Senior Associate Nicola Bailey had flagged the application for confidentiality orders last Friday during the first day of Iannuzzi’s examination, but O’Connor said she wouldn’t consider it before the court closed for the weekend.

Given what was sought was no less than the suppression of testimony provided during a public examination that the public and the media were entitled to observe and listen to, it was always going to be a long shot.

But to be fair, the basis of Bailey’s submission sounded plausible.

Her client after all had been ordered not to discuss the contents of his examination with any other examinees, a standard restraint regularly imposed.

Where is the utility in ordering examinees to refrain from discussing the examinations with their co-summonsed if journalists can freely report on and publish what was asked and what was provided by way of reply?

Nowhere is the answer but said utility must be weighed against the imperative of maintaining public faith in open justice.

In reality, gags on examinees are imposed to prohibit all communication.

There’s no guarantee for instance that someone who’s been examined will spill what they’ve learned with the sole motive of providing a benefit to another examinee.

They could just as easily intend to mislead in order to obtain an advantage at the other examinee’s expense. And let’s not get started on the fact that there is zero policing of these orders to ensure examinees comply.

Predictably, the bid for confidentiality was refused meaning we can now bring iNO readers a sense of where Dickerson and Vaughan’s inquiries are headed and what they think Iannuzzi can contribute.

As iNO has previously reported, Iannuzzi is an ex-liquidator because of the Commissioner of Taxation’s (CoT) work investigating the affairs of Banq Accountants and Advisors (BANQ) and various of its clients as part of its Project Cargo investigation into illegal phoenixing and tax avoidance.

The CoT has alleged that various individuals associated with BANQ and some of its clients have conceived and operated a scheme to defraud the Commonwealth.

Whilst a great many settlements have been extracted no charges have been laid and iNO makes no suggestion of wrongdoing.

Iannuzzi and his mentor the late Murray Godfrey accepted many referrals for insolvency appointments from BANQ and initially Iannuzzi had resisted the CoT’s 2017 application for a judicial inquiry into his conduct, an inquiry that would have dwelt in detail on the extent of his relationship with BANQ and its principals.

Last Friday however counsel for RC Group’s liquidators Tony McInerny SC asked the sorts of questions that would have been asked of Iannuzzi last year had he not consented to orders banning him from being registered as a liquidator for 10 years and instead exposed himself to that inquiry.

He was asked about the layout of BANQ’s former offices in Punchbowl. Who were the principals? Who had had their own offices? Where was each office located?

He was also asked who he believed to be the senior controlling mind of BANQ.

Iannuzzi wasn’t certain. He said he had formerly dealt with western Sydney businessman and lender of last resort Gino Cassaniti, who is scheduled to appear for examination today.

He told the court Gino Cassaniti’s wife Ivana, who is a shareholder in BANQ via Givana Pty Ltd had an office at BANQ’s Punchbowl premises but didn’t suggest she was a principal.

Iannuzzi appeared to resist that suggestion, at least initially. And the questioning roamed far and wide.

On multiple occasions McInerney referred Iannuzzi to the “admissions” he’d made as part of the consensual arrangement with the CoT in 2019.

He asked Iannuzzi about why he had never made an effort to contact George Khalil, the director RC Group and the brother of Faouzi Khalil.

Wouldn’t a competent liquidator always seek to communicate directly with the director of the company proposing to be wound up, McInerney asked?

“If there’s a lawyer representing a client, talk to the lawyer,” Iannuzzi responded, though he eventually agreed with McInerney.

The court heard that George Khalil had been the director of nine companies that had subsequently been wound up.

Next Iannuzzi had to agree that he had never obtained the records of two bank accounts RC Group had held with the Commonwealth Bank of Australia (CBA). Or presumably, any funds they may have contained.

The excruciating process continued throughout much of the day. KPMG partners Dickerson and Vaughan are certainly doing their job.

At the end of the day Iannuzzi’s examination was stood over to a future date. The examinations resume today with Gino Cassaniti scheduled to attend, assuming he doesn’t produce another sick note. Support INO’s continued chronicling of the insolvency sector.