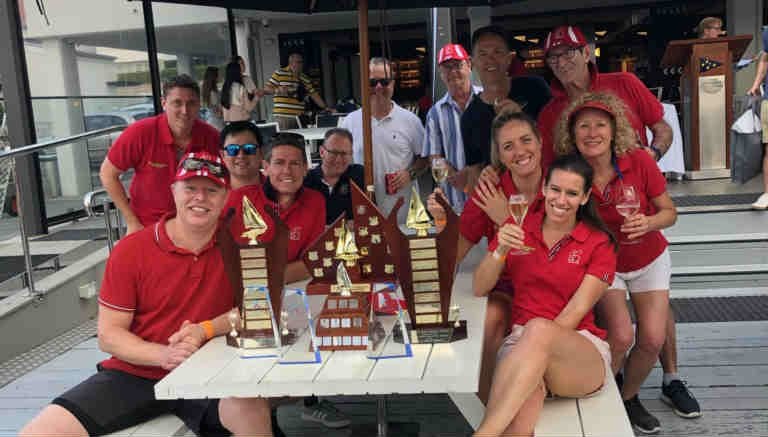 It’s yet again that time of year.

That time when a race stops a nation, that time when raucous assemblies swell grateful eateries, and that time when accountants go down to the sea in ships, or, at least down to sheltered inshore waters in yachts, their clients clustered boisterously in cockpits, their volunteer crews anticipating an easy sail before confronting the rigours of free intoxicants from the Cruising Yacht Club of Australia’s (CYCA) revamped bar.

iNO is not exactly sure how many times the nautically-inclined crew from Kent Street have won.

Our archive shows three regatta wins since we began chronicling the insolvency profession in all its regulated glory back in 2016. We suspect it may in fact be four.

2019 however was particularly special and possibly unique as a BPS boat was first over the line; won on Handicap; won the Teams Event; and won the Liquidators Trophy.

Admittedly this year’s small turnout – only nine boats took part – may have assisted the firm in its domination, though not as much as the crack crew BPS co-founder Max Prentice fielded on his beloved Beneteau, Ticket of Leave, a crew which had the boat in front for all but the bit that matters – the finish.

Prentice’s colleague and BPS co-founder Mitchell Ball however was fortunate enough to be on the line honours finisher and his enthusiasm for accepting trophies was undiminished in four visits to the podium during the post-race awards ceremony. It is most certainly that time of year. Support INO’s continued chronicling of the insolvency sector.