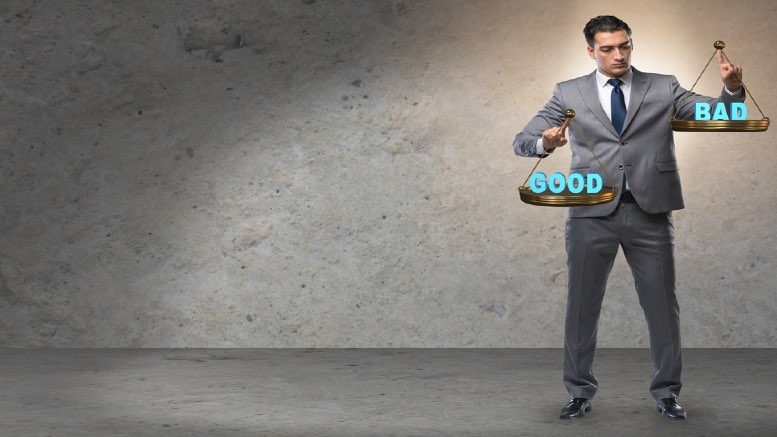 There was much hyperventilating last week after delivery of judgment in the matter of Intellicomms Pty Ltd (in liq) [2022] VSC 228 which record the first application of new laws aimed at combatting illegal phoenix activity.

While it’s early days and the judgment could be overturned on appeal, few of the breathless commentators who explored this inaugural application of the Treasury Laws Amendment (Combating Illegal Phoenixing) Bill 2019 considered how creditors and the public will benefit in practical terms.

“Senior counsel for TF, Mr Austin QC, frankly conceded that the circumstances in which the Sale Agreement was entered into were “undoubtedly unattractive in the extreme to those with any affinity with insolvency law” and that there were “atmospherics” to the transaction.” Associate Justice Simon Gardiner.

“Atmospherics” forsooth. This judgment is the outcome of an application by the liquidators of Intellicoms, Glenn Franklin and Petr Vrsecky of PKF for a declaration that a truly 11th hour business sale agreement is a creditor-defeating disposition pursuant to ss 588FDB and 588FE(6B) of the Act.

The sale agreement provided for the assets of Intellicom to be transferred to Tecnologie Fluenti Pty Ltd (‘TF’), a company incorporated on 25 August 2021 for $20,727.18.

The agreement was enacted on September 8, 2021, only hours before sole Intellicoms director Rebecca Haynes resolved to have the company wound up via creditors voluntary liquidation and the PKF pair appointed.

TF’s sole director and shareholder is Michelle Gigliotti, a sister of Haynes. Prior to the sale, Gigliotti was employed by Intellicomms as its financial and payroll administrator.

According to the judgment multiple valuations obtained by Haynes had valued the company at as much as $12 million and as little as $22,000.

Not only that, one of Intellicoms’ shareholders which also licensed critical technology to Intellicoms was prepared to either invest further in exchange for more equity in Intellicoms or buy the assets transferred on the cheap to TF.

The shareholder, Callscan Australia Pty Ltd (QPC), was owed almost $1 million in license fees by Intellicoms and had in fact served upon Intellicoms a statutory demand, the deadline for which expired the day Haynes had the company wound up.

Whilst QPC was notified of the meeting at which the company was wound up, it was not told about the sale agreement with TF.

As is recounted in the judgment, “senior counsel for TF, Hamish Austin QC, frankly conceded that the circumstances in which the Sale Agreement was entered into were “undoubtedly unattractive in the extreme to those with any affinity with insolvency law” and that there were “atmospherics” to the transaction.”

If you are wondering whether or not Haynes obtained advice in respect of these unsavoury circumstances then the answer is yes.

Prominent pre-insolvency advisory de Jonge Read was, as the judge explained, in the thick of it.

“As the essentially uncontroversial chronicle of the factual background reveals, Ms Haynes, apparently with the assistance of her advisors, de Jonge Read, executed a plan designed to place the assets of Intellicomms beyond the reach of its creditors.

“It seems clear from the evidence that Ms Haynes had planned the sequence of events carefully in close consultation with her business management consultants, de Jonge Read.

“The transaction constituted by the Sale Agreement was a blatant example of phoenixing,” the judge said.

“Our advice was in accordance with our legal obligations, and we recommended and ensured that our client obtained independent advice and valuations from qualified valuers and lawyers,” he said.

That was news to TMA president Maria O’Brien, who told iNO: “The statements on the De Jonge Read website that messrs de Jonge and Shield are TMA members are wrong, and we will be asking that those statements be removed.”

de Jonge however told iNO: “In relation to the TMA membership, thank you for identifying this, our renewal after some 10 years of membership has been inadvertently overlooked. Our administration team is dealing to rectify this today.”

As their DIRRI shows, it was de Jonge Read that referred the CVL to Franklin and Vrsecky and a $15,000 indemnity coughed up by Haynes was subsequently paid into de Jonge Read’s trust account.

Yet as iNO has learned, the liquidators have been effectively unfunded in their investigations, they’re looking at more than $200,000 in unpaid fees and the application to have the business sale declared void was funded by QPC.

So assuming they actually recover the assets sold to TF for $20,000 in a form that resembles a viable business, then and only then can they conduct a sale and potentially pay their remuneration and a dividend.

All the regulator would say in response to iNO’s enquiries was: “We are aware of the judgment. ASIC does not generally regulate the conduct of pre insolvency advisors, however, in line with our usual processes, we will await a report from the liquidator to see if they raise any possible contraventions under laws ASIC administers.”

It took two years for the Treasury Laws Amendment (Combating Illegal Phoenixing) Bill 2019 to pass both Houses of Parliament and assuming the judgment is not overturned on appeal its findings record a “blatant example of phoenixing”. But ASIC can’t even confirm that it has power to act. Now that is cause for hyperventilating.