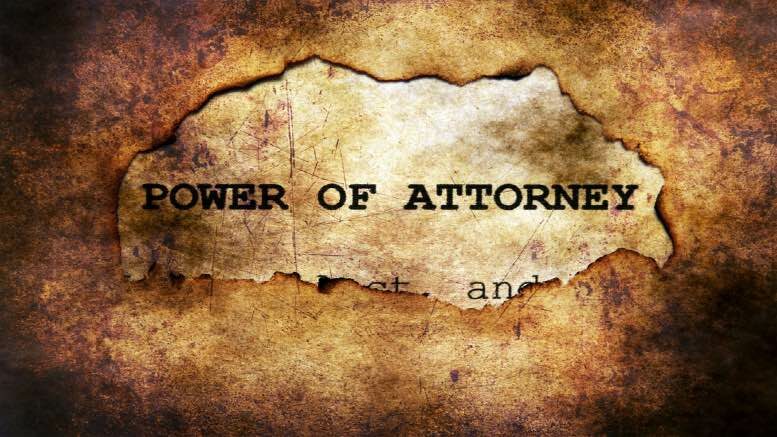 As our 25th Prime Minister John Winston Howard once said: “Context is everything” and context is uppermost in the reasoning of a judge of the NSW Supreme Court who recently validated an insolvency appointment made by a non-director exercising power of attorney.

The need for judicial endorsement came about because the company’s husband and wife directors have in recent times been rendered unfit to act as a result of old age and declining health.

“A power of attorney cannot validly authorise the attorney to exercise the powers and discharge the duties of a director. Such rights and duties are personal to the director. An alternative director could be appointed if the Company’s constitution permits it.” Justice David Hammerschlag.

Given that their company – Kahlefeldt Securities Pty Limited – is involved in a number of partially completed property developments, there was an urgent need for somebody to take charge.

There was however no alternative director authorised to execute the necessary resolutions. Only the directors’ daughter, who ASIC records indicate is company secretary.

Acting under an enduring power of attorney she first resolved to appoint CrouchAmirbeaggi principal Shabnam Amirbeaggi as liquidator of Davinson Holdings Pty Ltd and followed that up by appointing Amirbeaggi as voluntary administrator (VA) of Kahlefeldt Securities, which is Davinson’s sole shareholder.

“Believing that she had power to do so under the powers of attorney, on 4 July 2022 she purported to pass a directors’ resolution appointing the administrator,” the judge said.

“Subsequently, she came to understand that the resolution may not be effective. Plainly, it is not.

“A power of attorney cannot validly authorise the attorney to exercise the powers and discharge the duties of a director. Such rights and duties are personal to the director. An alternative director could be appointed if the Company’s constitution permits it.”

Understandably Amirbeaggi, who is trading on to try and extract maximum benefit for the company’s 150-odd investor creditors, saw the need for urgent validation.

She thus applied for an order that pursuant to s 447A(1) of the Corporations Act 2001 (Cth) (the Act) that Part 5.3A of the Act is to operate in relation to the Company as if the resolution passed by the daughter on 4 July 2022 was valid for the purposes of s 436A of the Act so validates Amirbeaggi’s appointment.

The judge concluded that all circumstances were present to justify making the order sought. It’s contextual, after all.

“The categories of cases in which s 447A should be used are not closed and whether it should be will of course turn on the particular circumstances of the case, but in considering whether an order should be made, and if so the terms of it, it is important to bear the object of the Part in mind,” the judge said.

Both directors were indisposed, the daughter although not a director was in essence the only “guiding mind” of the company and the only one who could resolve to appoint and the state of the company and its business meant urgent action was required to ensure creditors didn’t lose the potential benefits Part 5.3 of the Act offers.

“I have concluded that this is an appropriate case in which the power conferred by s 447A should be exercised,” the judge said.