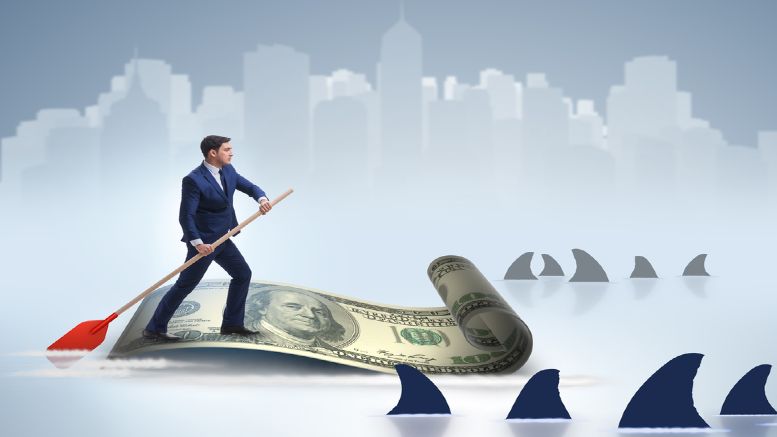 In the Federal Court in Melbourne yesterday, the pair – who were first appointed liquidators of Whiteman’s Armstrong & Shaw Group of Companies (A&S Group) in February, 2017 – applied for orders directing that the proceeds of sale from two properties purchased using funds they assert came through A&S companies, be transferred to them.

While the investigations that gave rise to the liquidators’ application were described as a straightforward tracing exercise by their barrister Carl Moller, it soon emerged that making the orders Yeo and Rambaldi sought would be anything but.

This was because two women – both claiming to have been formerly in de-facto relationships with Whiteman at the same time – are seeking declarations in the Family Court that they have an interest in the proceeds of sale of the two properties and in a third property located in Page Avenue, Port Melbourne.

“Why would I make any orders that would cut across the Family Court,” Justice Stewart Anderson asked Moller.

That question led to further revelations exposing the shoals Yeo and Rambaldi will have to navigate before they can get their hands on the assets, which include more than a million dollars residing in a controlled monies account with the Family Court.

Whiteman, whose real name is Philip Graham, has been accused of masterminding a scam using dummy directors and phoenixing of companies to assist clients evade more than $100 million in tax.

During public examinations conducted by the liquidators in 2018 Whiteman, denied making any direct contribution to the property purchases.

Through the Family Court the women are claiming an interest in the three properties by virtue of alleged relationships with Whiteman.

The Page Avenue property is also the subject of proceedings, currently adjourned, in the County Court of Victoria.

Justice Anderson heard that Ymer, who is occupying the property, possibly with Whiteman, wanted more time to put on evidence.

A search of Linked In lists a Sandra Halford as “Legal Assistant Paralegal at Bolton & Swan (no longer trading)”.

Bolton & Swan Pty Ltd is one of four companies in the A&S Group to which Yeo and Rambaldi were appointed provisional liquidators in April 2017.

So near, yet so far. Once the Family Court cat was out of the bag Justice Anderson wasn’t making any orders that might conflict with the parallel proceedings.

He encouraged Whiteman, who was appearing unrepresented, to retain a lawyer and having heard from all the parties – which included RSM’s David Mutton as liquidator of an A&S-related entity called L H AUST Pty Ltd – invited them to apply for orders staying Yeo and Rambaldi’s action.

The matter will return to the Federal Court in June. Support INO’s continued chronicling of the insolvency sector.