Penrice Soda liquidators have clawed back almost $1.25 million in preferences from the ATO. 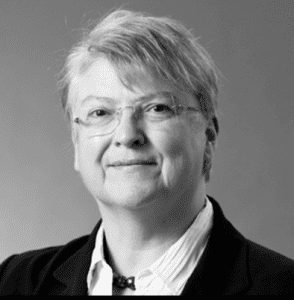 Penrice Soda liquidator Thea Eszenyi has extracted $1.23 million in preferences from the ATO.

It’s no great stretch to imagine that the biggest creditor in the nation might also be the biggest beneficiary of preferences, irrespective of the fact that Australia’s biggest creditor knocks off each day nine minutes earlier than the average clock watcher. What’s that about? Beating the afternoon rush?

For insolvency practitioners, tackling the Australian Tax Office (ATO) over preferences can be fraught. Like any other creditor, the ATO is deeply attached to the money it receives. Asking that it be returned for the benefit of all creditors – or, frequently, the benefit of the liquidator – rarely elicits a cooperative response.

Then there’s the fact that when challenged over preference payments that insolvency practitioners have deemed reversible, the ATO can and does deploy its considerable resources in tenacious resistance.

It adds up to an exercise in delicate negotiation for practitioners and their legal counsel given the general belief that a good working relationship with the ATO is preferable to one of vengeful hostility. But when one’s case is sound, it must be pursued and evidence of the profitability of pursuit has emerged in the matter of Penrice Soda Products Pty Ltd.

Penrice was a chemical manufacturer that operated a plant on the LeFevre Peninsular in North Adelaide. On April 11, 2014 McGrathNicol’s Sam Davies, Thea Eszenyi and Peter Anderson were appointed voluntary administrators. On July 31, 2014 they were appointed liquidators. After rolling up the sleeves they identified up to 31 potential claims for unfair preferences paid during the relation back period valued at around $9 million.

In a July 2016 report to creditors authored by Davies who has since left the firm, the liquidators valued preferences paid to the ATO at $1.4 million. They also reported that they had issued a claim for the full amount on April 21, 2016. “We re currently in discussions with the ATO regarding the claim, however it may be necessary to commence proceedings in order to obtain a recovery,” they said.

Last Friday the proceedings the liquidators commenced in the Federal Court on November 24, 2016 bore substantial fruit, with the ATO consenting to orders that it pay the Penrice liquidators $1.23 million in satisfaction of 20 payments Penrice made to the ATO between November 2013 and March 2014. The court dismissed the liquidators claim for interest among other things and ordered each side to pay their own costs.

SiN asked Eszenyi and Anderson if any of the ATO recoveries would be left for unsecureds after the litigation funder took its cut and any remaining hole in their remuneration had been filled. According to the July 31, 2016 report their fees stood at more than $7 million with almost $2 million of that either approved and unpaid or awaiting approval.

The company issued a statement to SiN at 4:37pm. “The Liquidators of Penrice are entitled to draw approved and unpaid fees from funds on hand, in line with the statutory priorities. However, McGrathNicol’s overall objective is to pursue recovery of funds for the benefit of priority and unsecured creditors. Any decisions about when funds are drawn down following last week’s Court determination on the ATO matter will be made subject to that objective.”

A spokeswoman said that the $743,998.00 referred to as approved but unable to be paid in the July 31, 2016 report had in fact been paid. Creditors meanwhile will be hoping that with the ATO preferences banked, the liquidators can move closer to a decision about launching a claim for insolvent trading against the company’s directors.

Be the first to comment on "McGrathNicol claws back ATO preferences"