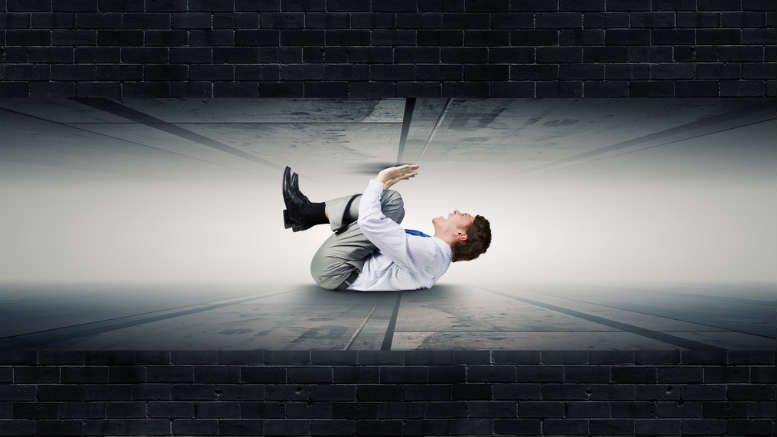 While the extent of the impact on business of the COVID-19 pandemic remains unknown, what is certain is that Australia’s nascent safe harbour regime and the capacities of our insolvency firms are set to be tested like never before.

Restructuring practitioners contacted this week confirmed they were fielding more enquiries from company directors concerned that the freeze on economic activity imposed by the virus and the measures to contain its spread could threaten their businesses.

“There’s no doubt an uptick is occurring around the safe harbour enquiries,” Park said.

“That is driven a lot by COVID-19 but also by the market getting a better understanding of the Safe Harbour legislation over the last couple of years.”

“The biggest challenge for IP’s over the next 6 months will be resourcing and quality control given the impending demand for services,” he said.

KordaMentha principals Mark Korda and Mark Mentha said they had deployed a dedicated COVID-19 response group that was monitoring the situation and taking the lead on their firm’s response.

“Our multidisciplinary team is also considering the legal and commercial impacts of COVID-19,” they said in a statement.

“KordaMentha would welcome any opportunity to share information as we keep up to date with the latest developments and formulate plans based on our learnings to date.”

Ankura senior managing director Quentin Olde said that while there had been a definite uptick in equities, the impending tsunami of insolvencies would come later.

“The reality is that it’s such an unknown at present,” Olde said.“People are waiting to see what the banks are going to do, what government is going to do.”

He said that for businesses operating profitably before the pandemic struck, safe harbour was definitely option.

“We are hearing from directors who want to put in place a regime to have that time to assess their situation,” Olde said.

“It’s about time, giving businesses the time to assess and understand and work out a plan.

“They need time to talk to suppliers, debtors, everyone in their supply chain and to lenders and it’s about banks and lenders showing forbearance,” Olde said.

The flip side is that the COVID-19 pandemic will likely eliminate hundreds or even thousands of businesses that were only operating because the ATO hadn’t gotten around to winding them up. There’ll be no Safe harbour for the technically insolvent.

“Safe Harbour provisions will only work with companies that are up to date in respect of their tax and other obligations and which had a good underlying business before this crisis,” Olde said. “It isn’t going to save business that have been non-compliant for months or even years.”

McGrathNicol partners Barry Kogan and Kathy Sozou told iNO that while they had been busier in the past six months they were yet to notice an increase in enquiries attributable directly to the COVID-19 pandemic.

They were however concerned that the pandemic would force many businesses under before their owners had to time to contemplate their options.

“I think a lot of people in the small and medium enterprise economy will run out of money before they can consider restructuring,” Sozou said.

She said businesses could miss their opportunity because they are dealing with the most immediate issues – such as keeping their staff and customers safe.

“I think there’s going to be a real stratification in the market,” Sozou said, referring to those businesses sufficiently cash rich and sufficiently sophisticated to comply with safe harbour’s requirement and those that lacked the resources necessary to buy themselves time.

Currently advising a major corporate how to respond to the insolvency of some of its counter parties, Kogan said a great many businesses who might think they have recourse to safe harbour would be disappointed.

“We are down 10% on the number of RLs before it was brought in and many, many more are under real financial distress having just paid this year’s instalments, which were far higher than forecast,” Winter said.

“Even though we expect to see an uptick in insolvency appointments, many will be assetless or the appointee firms will simply be racking up WIP for a long time before realising income to pay their own bills, including for their staff.

“Insolvency firms are a lot leaner than they used to be and there’s some real shortages around the manager and senior manager level,” Winter said.

“All you need to do is look at the opportunities coming up on Seek to see that some firms are already struggling to fill staff.

“When the upswing bites, as it will in terms of formal appointments very soon, we just can’t see where the talent is going to be found for a growing number of vacancies,” Winter said.

ARITA has issued guidance for ARITA members in respect of the conduct of meetings of creditors in circumstances where the government may ban assemblies of more than 10 people.

In terms of the anticipated upswing in Pandemic precipitated insolvencies, much will depend on the position taken by the Australian Tax Office (ATO) in terms of the frequency of winding applications it initiates in the courts.

In a statement to iNO last night the ATO said: “The ATO is not contemplating to increase (sic) its rate of referral for corporate wind up activity due to the adverse impacts of COVID-19 on Australian businesses.”

iNO didn’t ask if there was going to be an increase but the expectation among industry leaders is that government will instruct the ATO to show forbearance wherever appropriate.

“We understand this is a time of significant uncertainty and that we will need to be flexible in how we help businesses,” the ATO said. Support INO’s continued chronicling of the insolvency sector.

Be the first to comment on "Pandemic to test Safe Harbour, profession"