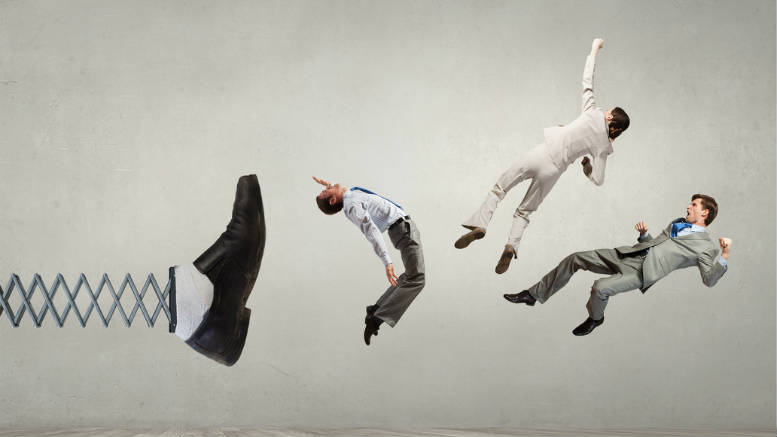 I infer, therefore I am. Such were the inanities wont to shuffle behind INO’s eyeballs during pauses in the Supreme Court’s Corporations List on Monday morning.

Fortunately for you, good readers and bad, such philosophical meanderings are infrequent and the most recent evaporated instantly upon the detection of an irregularity.

In these opportunity-starved times, an insolvency practitioner seeking to be discharged from an appointment stretches credulity as well as eyelids.

Yet, in the matter of JSMOT Pty Ltd, the court heard that court-appointed receiver David Iannuzzi wants out.

The Veritas Advisory principal, who is no stranger to these webpages, is receiver appointed by the courts to JSMOT, jointly with colleague Vincent Pirina.

This is a matter involving trust assets and all was proceeding smoothly until the judge asked Iannuzzi’s layer, Stefano Calabretta, why the discharge was sought.

The normally eloquent former Deputy Supreme Court registrar paused a moment and then, with less than usual forthrightness replied ” …. largely due to the capacity of one of the receivers” before adding: “work flow and other issues”.

Seldom has the phrase “other issues” imparted so little of what might be revealed but it seemed to satisfy the judge, who perhaps like regular readers of this column is aware that Iannuzzi is fighting to retain his livelihood in the face of a concerted effort to relieve him of his registration being mounted by the Commissioner of Taxation (CoT).

What’s interesting to ponder is why surrendering one role would make much difference in terms of freeing up time to prepare for the three day examination the CoT has planned for Iannuzzi in the Federal Court in July.

Leaving a receivership wouldn’t likely create too many problems for the remaining incumbent so perhaps the answer lies in Calabretta’s reference to “workflow”? Infer what you will. Please take a moment to support INO’s continued chronicling of the insolvency profession.