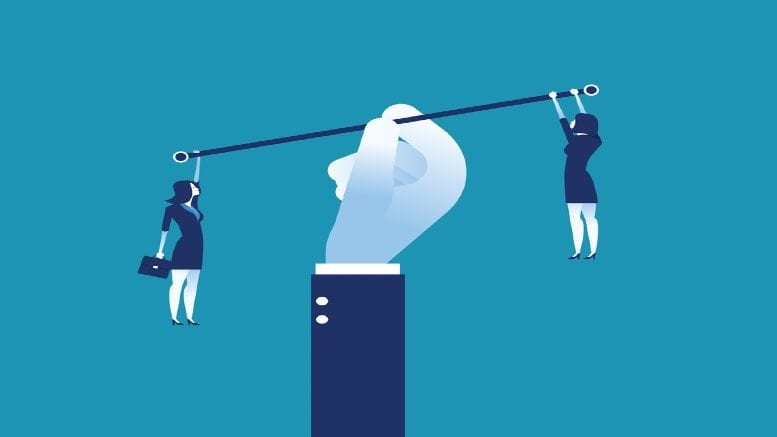 On 12 May, 2021 iNO reported in “AFSA’s “Ignorant Bureaucracy” Excoriated” comments made in Woodgate in his capacity as Deed Administrator of Onezone Pty Limited (subject to Deed of Company Arrangement) v Brown [2021] NSWSC 508, a judgment of the NSW Supreme Court.

In reviewing the judgement referred to above it appears clear that the relevant judge was in error as quite clearly under the provisions of Part 39 rule 39.1 of the Uniform Civil Procedure Rules 2005 (NSW) where there has been a change in the persons entitled under a judgement whether by assignment, death or otherwise, execution cannot be issued without leave of the court.

Among those comments were criticisms by the judge of staff of the Official Receiver in the performance of their function under the Bankruptcy Act 1966 associated with the issue of Bankruptcy Notices.

The article has been the subject of substantial comment at least in New South Wales as to the necessity of an assignee of a final judgement or order having to obtain leave necessary under the Civil Procedure Act 2005 and Uniform Civil Procedure Rules 2005 in that state.

It must be remembered that in the conduct of proceedings in court there is an overriding purpose which involves a level of “justness” . The Chief Justice of the Supreme Court of New South Wales on 3 February, 2001 at the Opening of Law Term in a speech entitled “Trust in Judiciary” stated in the context of institutional distrust:

[4] “The judiciary must take this decline in public trust seriously. Whilst the Australian judiciary has historically enjoyed high levels of trust, we cannot afford to be complacent. We cannot assume that trust is ever-present and uniform across the community we serve. The legitimacy of the judiciary and, in turn, the courts rely upon a certain level of trust in the competency, motivations and values of its judges. The judiciary, like all institutions, must continue to build and strengthen trust by all groups in our society.”

In reviewing the judgement referred to above it appears clear that the relevant judge was in error as quite clearly under the provisions of Part 39 rule 39.1 of the Uniform Civil Procedure Rules 2005 (NSW) where there has been a change in the persons entitled under a judgement whether by assignment, death or otherwise, execution cannot be issued without leave of the court.

Whether the error arose because of the relevant advocate failing to articulate the problem or due to the pressure of judicial time cannot be commented upon. It is what occurred thereafter in the judgement that is of concern in the context of Trust in the Judiciary” as discussed by the Chief Justice.

The judge went on to severely criticize practices of the Official Receiver (and by inference the Australian Financial Security Authority AFSA) as the body responsible for carrying out many of the functions of the Official Receiver) in the manner in which they are considered as a gatekeeper for applications made by persons claiming to be the holder of a final judgement or order the execution of that which has not been stayed .

The Official Receiver fulfils a role as a “gatekeeper” under the Bankruptcy Act 1966 relating to documents that are issued in the name of the Official Receiver applied for by appropriately qualified people. It issues Practice Directions for the benefit of practitioners where the jurisdiction over which it operates encompasses all states and territories in the Commonwealth. In a world where many things are being done electronically in a cost efficient and sensible way it is inevitable that issues may arise in circumstances where documents lodged for issue by the Official Receiver may be seen on the face of those documents and drawn to the attention of the applying party for consideration.

The need for leave has been the subject of judicial comment on bankruptcy notices for some time in circumstances where courts exercising jurisdiction under the Bankruptcy Act 1966 have in establishing the entitlement to procure the issue of a Bankruptcy Notice as a “creditor” made it clear that in the proper operation of s. 40 (1) (g) and s. 41 (1) of the Bankruptcy Act 1966 it had been stated:

“The 1890 English enactment did not however affect the rule (established on the ground of necessary implication arising from the words “execution thereon not having been stayed”) that in order to issue a bankruptcy notice the judgement creditor must be in a position to issue execution. Thus, although the “person who is for the time being entitled to enforce a final judgement” was thereafter taken to include a person who had not himself obtained the judgement, nevertheless he had to be a person who had taken all steps which entitled him to reap the fruits of the judgement”.

It is not for the Official Receiver to determine the validity necessarily of any Bankruptcy Notice that may be issued – that is a matter for the Courts. It does however have a duty to ensure that obvious errors or deficiencies in the status of a party applying for the issue of a Bankruptcy Notice are addressed prior to issuance.

This is because the issue of a Bankruptcy Notice is not public unless it subsequently becomes the subject of a judgement of a court having jurisdiction and also more importantly because the failure to comply with a Bankruptcy Notice is the predominant basis upon which voluntary bankruptcy can arise. Bankruptcy of course has what has been described as quasi criminal sanctions” because it involves a substantial change in status of a debtor.

It is important that members of the judiciary, in expressing views in a published judgement which becomes a matter of record available to parties who may wish to consider those judgements, have regard to the interests of justice and give a party who is likely to be the subject of criticism an opportunity of being heard before publishing that judgement and not, as appears to have been the case in the circumstances leading to this article.

That is particularly unfortunate as it potentially gives rise to a decline in confidence in the judiciary and more importantly in the regulator responsible for administration of many matters involving material circumstances of individuals in the Commonwealth of Australia.

3 Comments on "On assignments and proper execution"