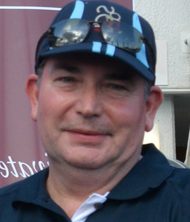 Derek Minus may well be a dispute resolution specialist of the highest order but that does not seem to have helped him resolve his dispute with BPS Recovery’s David Sampson.

The pair have been at loggerheads over the sale of Minus’s barrister’s chambers in Castlereagh Street since Sampson was given authority to sell the property in his capacity as court-appointed receiver late last year.

In March 2017 Minus’s ABCD Corporation sought to thwart the sale by bringing an interlocutory application for an inquiry into Sampson’s conduct and orders permanently restraining him from completing a contract of sale.

In the NSW Supreme Court yesterday, Justice Ashley Black granted leave and then dismissed ABCD Corporation’s application, as can be seen In the matter of Australasian Barrister Chambers Pty Ltd (in liquidation) [2017] NSWSC 597.

Title to the chambers had been transferred from the Minus-associated Australasian Barrister Chambers Pty Ltd  (ABCPL) to ABCD Corporation for nil consideration about a month prior to Sampson’s appointment as liquidator of ABCPL in December, 2015.

In October 2016, Justice Paul Brereton appointed Sampson receiver of the property with authority to sell it for the benefit of ABCPL’s creditors.

Minus obtained a temporary stay which lapsed on December 7 and by late January 2017  Sampson had, having declined to entertain an unfinanced offer of $650,000 from Minus, entered into a contract for sale with a party connected to the Owners Corporation that tipped ABCPL into liquidation back in December 2015 over $70,000 in unpaid strata fees.

The price offered was $618,000, well above the valuation of $550,000 Sampson had obtained and Minus, on being informed by Sampson that he intended to complete the contract did not attempt to injunct the sale. Then in March he paid $96,000 to the Owners Corporation in full satisfaction of outstanding strata fees without making an application to terminate the liquidation.

Instead he sought leave to challenge Sampson’s conduct as receiver, specifically in relation to his obligations under Section 420(A) to make adequate efforts to achieve the market price. In allowing leave Justice Black yesterday expressed very significant reservations.

“It seems to me that Mr Sampson’s scepticism as to Mr Minus’s ability to raise finance had a reasonable basis, where Brereton J had stayed the orders appointing a receiver of the property to allow an application to terminate the winding up, which had then not been brought and has still not been brought,” he judge said.

“I therefore proceed, with hesitation, on the basis that ABCD could make out a prima facie case of a breach of s 420A of the Corporations Act, but only on the narrow basis that there is appellate authority that supports the proposition that reasonable steps to obtain market value require that the property be sold on market. I have set out above why I have real reservations as to the cogency of that view,” he said.

Fortunately for Sampson, winning that grant of leave was the only plus Minus got.