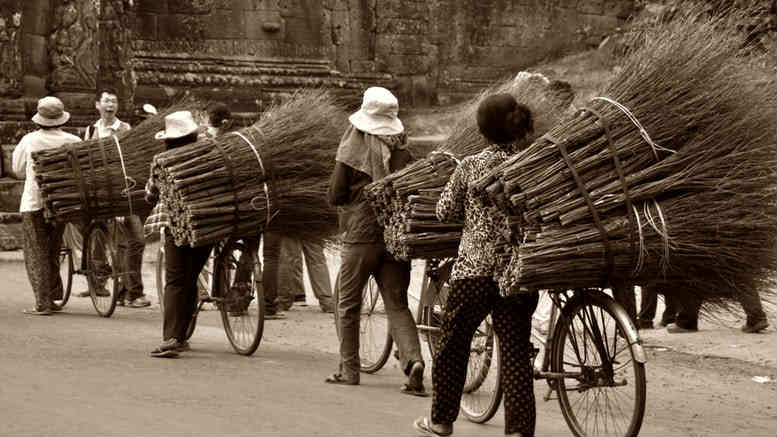 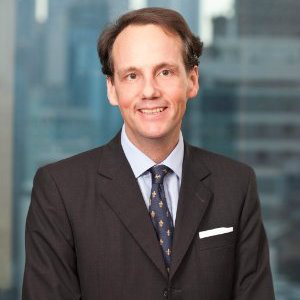 New ASIC chairman James Shipton: might need to attend to his own backyard.

Before one casts a critical eye over the back yards of others, one’s own patch must be beyond reproach, which brings us to the slightly unkempt quarter acre awaiting incoming ASIC chairman James Shipton.

“One of the reasons I left to become a regulator is that I genuinely believed that financial institutions, big and small, had lost their way and were losing the trust of the broader community and this public service mindset which had been instilled in me, made me think I have to do something about it,” the ASIC’s new boss told The Australian Financial Review last week.

“Culture is one of the great challenges for all financial markets globally,” Mr Shipton said.

Culture. Well there is a term for the 21st century. Compliant and pliable, “culture” advances the agenda of whichever group asserts moral authority over its myriad meanings. Ultimately it becomes meaningless.

But judging by the experiences of a former senior ASIC staffer catalogued in judgements of the Federal Court and Administrative Appeals Tribunal (AAT), Shipton might best be served by first cleaning up his own backyard.

The case of John Chambers, a former senior manager in ASIC’s Corporations and Corporate Government (CCG) Enforcement branch paints a most discreditable portrait of the corporate regulator’s internal culture, at least in certain departments. It also makes one wonder if Shipton’s vaunted “public service mindset” is always fit for purpose?

Chambers took voluntary redundancy from ASIC in 2014 after his distinguished career was brought to an unedifying end by a mixture of internal disputation and poor health, the latter being a result of the former, he later argued successfully in the AAT.

“….. we are satisfied, on the evidence before us, that it is more probable than not that the stress associated with his employment aggravated, or made symptomatic, an underlying condition or vulnerability,” the AAT said in 2016.

That condition was epilepsy no less was, which manifested in concert with disputes Chambers had with his superiors – then Chris Savudra and George Stogdale – and a female senior manager of the other Corporate Government Enforcement Branch identified in the proceedings as “AA”.

The AAT judgment refers to one of Chamber’s staff having been seconded to work under AA. This staff member is referred to in the judgments as BB. According to the judgment, in late 2012 AA received an anonymous note claiming BB regularly arrived late for work and would often stay away for the day.

Apparently AA and Chambers discussed the contents of the note and, because of the author’s anonymity, decided to take no action other than to monitor the situation. How AA did not know about BB’s alleged absenteeism if AA was herself at work on time consistently and for the duration of the day is not explained. During a meeting attended by Chambers, AA, Savudra and Stogdale in December 2012 to discuss the allegations, things got heated.

Chambers suggested that the records attaching to BB’s office access swipe card by examined to determine the veracity or otherwise of the anonymous dobber’s claims. The AAT outlines what Chamber’s bosses thought of that.

“Giving evidence, Mr Savundra described Mr Chambers’ approach as overly “legalistic” and likely to “escalate” the problem; he thought that, as her manager, Mr Chambers should have been able to confirm there was no basis to the allegations without resorting to “evidence”.

At this point AA suddenly recalled that she had a list of BB’s attendance and offered to produce it.  A month later, in January 2013, AA produced a note purporting to show dates and times of BB’s late arrivals and absences.

“There appears to be no dispute that her record proved almost entirely wrong, either because AA was not in the office herself on those days, or because BB was on leave at the time,” the AAT said.

Despite this, there is no record of AA being officially rebuked or criticised by her boss for producing an inaccurate record, and the question of BB’s attendance evaporated. Giving evidence, Savudra and Stogdale agreed that nothing adverse was ever established, and no action was taken, in respect of BB’s attendance. But the pressure seemed to be ratcheted up on Chambers, despite neither Stogdale or Savundra producing much in the way of evidence to justify it.

In an email Stogdale seemed to take Chambers to task for a “Lack of trust and respect between you and [AA].” One wonders if AA received a similar email? Then in February Stogdale told Chambers his performance had been rated “improvement required”. Chambers was shocked.

Since July 2007, he had consistently been rated as “Satisfactory”, “Achieving” or “Exceeding”. In 1999 he received the Employment Advocate’s Achievement Medal for his work in that office and in January 2004, he received a National Australia Day medal for his role as Assistant Director of Enforcement with ASIC.

And it had only been in January 2013 that he received a National Australia Day medal for his work on the James Hardie litigation. Yet Savudra and Stogdale moved Chambers to a new position that had previously not existed with no management responsibility. While his pay and benefits were unchanged, Chambers clearly considered it a demotion.

What’s perhaps most remarkable about this case is that despite the meetings and the emails and the insinuations neither Savudra or Stogdale ever produced anything concrete to back up their avowed concerns with Chambers’ alleged shortcomings.

“In documents dating from January 2013, Mr Stogdale refers to tensions, harassment and bullying, but the precise nature of these claims did not become clear during the hearing,” the AAT said.

“Both Mr Savundra and Mr Stogdale seemed unable, or unwilling, to detail their concerns, and AA was not called to give evidence. Given what occurred from around December 2012, the lack of documentation of concerns about Mr Chambers’ performance seems surprising. We are left with the impression that all was not well, but the reasons, and who was responsible, remain obscure.”

This entire disconcerting set of circumstances was documented because Chambers made a claim against Comcare, blaming the stress for contributing to the onset of his epileptic condition. Last year he won his claim for compensation, with the AAT accepting evidence from Chamber’s neurologist Dr John O’Neill, who concluded that “work stress experienced by Mr Chambers could aggravate (render more symptomatic) his neurocognitive impairment and epilepsy”.

The AAT also concluded that ASIC had acted unreasonably but Comcare appealed the AAT decision in the Federal Court and in August this year the government insurer won a partial victory, with Federal Court Judge Nye Perram ruling that while ASIC had acted unreasonably, Chambers had not proven his seizures was caused by workplace stress. He sent sent the matter back to the tribunal to decide on the issue.

ASIC meanwhile stood by its position that it had handled theChambers issue in a reasonable way. Apparently the corporate regulator under outgoing chairman Greg Medcraft thought it was fine to provide no evidence to justify decisions which adversely effected employees, even when those decisions were subsequently challenged successfully in tribunals and courts.

Nobody should be surprised if the parties settle in the meantime. New boss Shipton will want to cauterize any and all sores left festering by his predecessor.

2 Comments on "New ASIC boss should bring a broom"