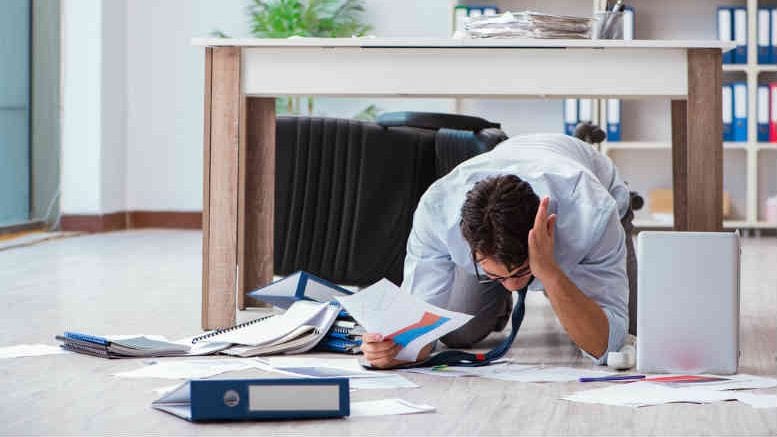 Insolvent auction houses. Who’d touch one after the mess BDO’s James White, Andrew Sallway and Nick Martin have found themselves in? Grey House Partners, that’s who.

In Re Mossgreen Pty Ltd (in liquidation) [2018] VSC 230 (9 May 2018) we learn of a recent attempt to install Greyhouse’s Andrew Beck and Ben Verney as receivers of goods stored in a warehouse in the Victorian suburb of Clayton.

From a legal standpoint the judgment’s discussion of the various definitions of the term receiver and the status of consigned goods is particularly useful, at least for those practitioners prepared to play twister in minefields.

The goods were held by Mossgreen for various reasons. Some were to be auctioned on behalf of their owners but hadn’t gone under the hammer by the time Mossgreen’s directors called in BDO as voluntary administrators (VAs) on December 21, 2017.

Other goods had gone under the hammer but failed to sell. Then there were the goods that had sold, but not been collected before the VAs took charge.

The BDO trio’s failed attempts to levy the owners of the goods to pay for the million bucks they spent on a stock take have been well documented.

They have since  disclaimed any interest in the goods and been appointed liquidators. The informed Supreme Court of Victoria in these proceedings that “they do not have any proceeds with which to carry out any further steps in relation to the goods that were formerly in the possession of the company”. ‘Ain’t that the truth.

Step up Sobraz Pty Ltd, the owner of the Clayton warehouse, who applied on May 1 to install Beck and Verney as joint and several receivers (‘Receivers’) without security to any goods (‘Goods’) in the premises at Clayton.

“(a) to enter into possession and take control of the Goods;

(b) to insure the Goods;

(c) to take on, lease, or hire or to acquire any property necessary or convenient in connection with the carrying on of the receivership;

(d) to appoint a solicitor, accountant, or other professionally qualified person to assist the Receivers;

(e) to appoint an agent to do any business that the Receivers were unable to do, or that it was unreasonable to expect the Receivers to do in person;

(f) to investigate ownership of the Goods;

(g) to prepare and file a report to the Court within seven days outlining the status of the Receivers’ investigations and the Receivers’ proposed approach for the ‘expeditious and cost-effective’ return or sale of the Goods; and

(h) to do all things necessary or convenient to be done for or in connection with, or as incidental to, the attainment of the objectives for which the Receivers were appointed.”

Sobraz also wanted orders in relation to its costs, which is just as well given the costs to be incurred if the aforementioned tasks were to be completed. We didn’t get a chance to ask Beck or Verney if Sobraz had indemnified them.

But all such considerations were rendered immaterial following the intervention in the proceedings of Mr Neil Robertson, who sought leave to appear as amicus curiae.

Robertson was a party to the Full Federal Court appeal that dashed the BDO trio’s hopes of getting consignors to pay for the cost of their stocktake.

Having delivered what the judge described as “a substantial collection of antique furniture, paintings, drawings, prints, pottery, objets d’art, and other goods to Mossgreen for auction”, Robertson is still waiting for the proceeds of sale of a small portion of his consignment.

His counsel, Dr Oren Bigos, argued that the application to appoint Beck and Verney should be refused because it would “impose an extra layer of charges that the Receivers will seek to recoup from Mr Robertson and other persons who are entitled to property which is currently stored in the warehouse”.

Instead, the scheme under the Australian Consumer Law and Fair Trading Act 2012 (Vic) pt 4.2 as it pertains to ‘Disposal of uncollected goods,’ should be permitted to proceed without the appointment of Receivers”.

The judge’s deliberations raised the interesting point about the dual definition of receiver. In essence he said, Sobraz was the receiver, and it had not made it clear to the court what benefit was gained by appointing additional receivers would achieve apart from increasing costs.

Justice Robson refused the application on the basis that the consignors were entitled to pursue their rights under the statutory scheme, but warned that there was a limit on how long such an entitlement would be indulged.

As it turned out, the indulgence lasted less than a week, with Beck and Verney announcing on Monday, May 14 that they had been “appointed Agents/receivers to the Goods
abandoned at 1 Torteval Place, Clayton (“the Premises”) by the voluntary administrators of Mossgreen”. You can read the full announcement here.

Be the first to comment on "Receivers to tackle Mossgreen mess"