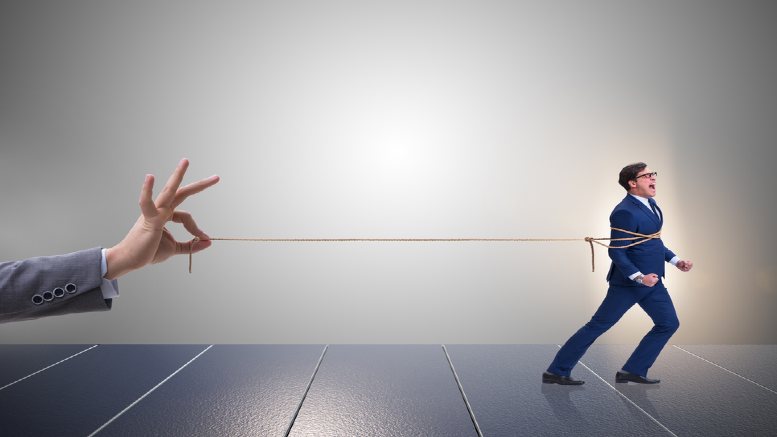 South-of-the-wall IP Simon Nelson has copped a finding of misconduct from a judge of the Victorian Supreme Court but has retained his position as receiver of Tomi-Sasha Holdings Pty Ltd, the former corporate trustee of the National Property Trust controlled by wealthy Melburnians Eileen and Wayne Crewes.

“Returning to s 434A of the Act, if a receiver makes baseless allegations of dishonest and unprofessional conduct, threats to report chartered accountants to their professional institute and to ASIC for such conduct, and threatens legal proceedings for damages where there is no basis for those allegations, in my opinion such conduct amounts to ‘misconduct’ for the purposes of the section.” – Justice Christopher Delany.

The contents of the letter, which Justice Delany has helpfully reproduced, include serious allegations of dishonest and unprofessional conduct against Kenworthy and Mascaro “for which Mr Nelson had no factual basis or foundation”.

As Nelson did not respond to a request for comment, iNO can’t be certain what compelled him to make the claims.

Nevertheless it almost certainly relates to the refusal by the accountants to surrender the books and records of the trust on the basis that the Crewes, who are disputing the validity of Nelson’s appointment, naturally enough dispute his entitlement to the trust books and records under the terms of the general security agreement (GSA) between themselves and Nelson’s appointor, NTM Super Holdings Pty Ltd.

“The fact that you have elected not to produce records of the Company as trustee to me is simply dishonest and highly unprofessional,” Nelson said in the letter of August 14.

“You are now suggesting that I am only entitled to original records and not copies of records in your firm’s possession.

“I suggest that you revisit your proposed response to my request.

“I will be referring your unprofessional and dishonest conduct to the Chartered Accountants Australia New Zealand and the Australian Securities and Investments Commission.

“It appears that you have colluded with Mr Crewes to hinder both the Receiver and the administrators in the discharge of their duties.

“Your behaviour has added significantly to the cost of the Receivership.

“The inability of the Receiver to obtain records has resulted in my appointor having to appoint administrators to the company at further expense.

“The direct time cost of the Receivership to date are in the region of $100,000. Your actions have added to these costs.

“My appointor and I expressly reserve our legal rights as against your firm.

“I recommend that you make the appropriate notification to your professional indemnity insurers,” Nelson concluded.

Not surprisingly given the content of the August 14 letter, the Crewes characterised the allegations as an attempt by Nelson to blackmail their accountants into doing the receiver’s bidding.

They also asserted that Nelson demonstrated a lack of candour in his defence which also constituted professional misconduct.

Naturally enough Nelson rejected any such characterisation of his words in his defence.

In balancing the parties’ claims Justice agreed with the Crewes contentions in respect of the letter.

“There is nothing in the communications passing between the two accounting firms that provides even an arguable basis for the allegations of dishonesty, unprofessional misconduct and collusion made by Mr Nelson in the 14 August Letter,” the judge said.

“ …. if a receiver makes baseless allegations of dishonest and unprofessional conduct, threats to report chartered accountants to their professional institute and to ASIC for such conduct, and threatens legal proceedings for damages where there is no basis for those allegations, in my opinion such conduct amounts to ‘misconduct’ for the purposes of the section.”

The judge however declined to make a finding of misconduct in respect of the claim of a lack of candour arising from the contents of Nelson’s affidavit of defence, which omitted detailed reference to Nelson’s quizzing of Wayne Crewes at the first meeting of creditors held on July 24 by administrators Paul Langdon and Ian Grant of Vince & Associates.

After Langdon as chair of the meeting concluded his questioning of Crewes – which included asking about a property purchased in the exclusive Kohanaiki golf course community in Hawaii using the NTM loan funds – Nelson as proxy for NTM asked about banking records and activity statements and the tax records of the trust.

He also asked about withdrawals of $3.8 million from Tomi-Sasha’s ANZ bank account, an amount Crewes is recorded in the Minutes as saying was “unsubstantiated”.

There was a suggestion from the Crewes camp that the questioning amounted to an improper public examination but the judge said that question would be dealt with at trial.

In the end the judge declined to make a finding of misconduct in relation to three of the four allegations made against Nelson by the Crewes camp and he also declined to order that Nelson cease to act.

The parties meanwhile have consented to all manner of restraints in respect of refraining from dealing with trust assets while the big questions are resolved. Support INO’s continued chronicling of the insolvency sector.

1 Comment on "Receiver guilty of misconduct but retains role"