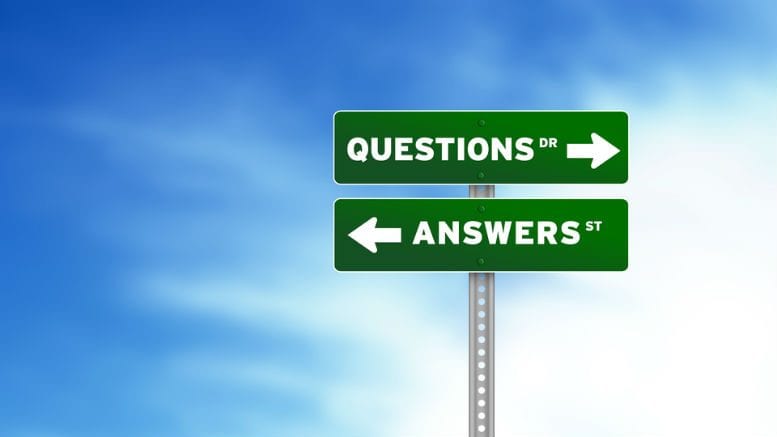 ASIC and ARITA had questions for McGrathNicol in light of its involvement as IA of McAleese.

Given the big banks’ lack of agility in every sector they operate it’s no surprise that their practice of favouring certain insolvency firms is generating angst.

Only a select group – Korda Mentha, Ferrier Hodgson, EY, PPB Advisory, PwC and McGrathNicol – consistently get a look in on the lucrative receivership work doled out by the big four and the same goes for the major administrations.

One of the favourites invariably wins the gig and the ‘deplorables’ – who prefer to remain anonymous – can only look on sullenly, wondering if they’ll ever score a decent drink.

Some of the disgruntlement can of course be sheeted home to professional jealously. It’s an inescapable fact that when it comes to the large and complex insolvencies, not all firms are equipped to cope and even the favoured few are on occasion stretched.

Look at the grief PPB ultimately earned – along with the $15 million in fees – after it supplemented its skeletal West Australian division with East Coast muscle to take on the Oswal-encumbered Burrup Fertilisers receivership. Only a consensual application for discontinuance before Justice Antony Siopis saved the firm from potentially greater embarrassment.

Arrium and McAleese are prime examples of appointments that aggravate those who don’t get a look in whilst simultaneously illustrating why banks frequently fall short of the standards required of institutions that wield the kind of power banks do.

In the former, the decision by Grant Thornton to defy Arrium’s big four unsecured creditors and accept the Arrium board’s invitation to act as voluntary administrators (VAs) elicited instant retribution. SiN has chronicled the consequences in some detail at Grant Thornton excoriated over Arrium and Grant Thornton counts losses in Arrium aftermath.

Frankly you’d be hard pressed to identify a more obvious abuse of power in terms of the banks’ influence over which firms get appointed. McGrathNicol had been engaged as IA by the big four banks in the months prior to Arrium’s move into VA, a role which ultimately went to Korda Mentha. But the regulators passively accepted Arrium’s largest unsecured creditors imposing their preferred nominee onto the other creditors.

In the case of McAleese, McGrathNicol accepted an appointment as VAs on August 29, 2016 despite having already spent almost 12 of the preceding 16 months inside the company as Investigating Accountants (IAs). They were engaged by McAleese’s former secured creditor, ANZ on behalf of the former secured creditor consortium, comprising ANZ, Westpac and HSBC Bank Australia.

While there’s nothing strictly wrong with the duration McGrathNicol spent as IAs, the longer the assignment the more difficult it is to maintain the perception of independence if appointed VA.

SiN understands both ASIC and ARITA have scrutinised the appointment and made enquiries of the four appointees, Keith Crawford, Joseph Hayes, Jamie Harris and Jason Preston. This may account for the issuance on September 7 of a supplementary Declaration of Independence, Relevant Relationships and Indemnities (DIRRI).

DIRRI Mark II contains various additions and alterations. Some can be assumed to be harmless and understandable oversights. There is for example the declaration in Mark II that McGrathNicol had in fact undertaken work for McAleese’s new secured creditor SC Lowy once in the past as opposed to a few times. But there are some statements which raise new questions.

In explaining its IA role in DIRRI Mark I McGrathNicol said that the role comprised three phases, the first of which involved: “undertaking an initial security review for the Former Secured Creditors as well as the review of various versions of full scope Investigating Accountant’s reports prepared by MCS’s advisors (based on information provided by MCS management), with a particular focus on forecast cash flow;”.

All very well. But in DIRRI Mark II we read that phase one involved: “undertaking an initial review of the assets subject to the security held by the Former Secured Creditors, as well as the review of various versions of full scope Investigating Accountant’s reports prepared by MCS’s advisors (based on information provided by MCS management), with a particular focus on forecast cash flow;”.

The word “security” is the key. In DIRRI Mark I, phase one of the IA’s role involved a “security review”. In DIRRI Mark II they undertook an initial review of the McAleese assets “subject to the security held by the the former secured creditors.”

A few lines further down in DIRRI Mark II the VAs reinforce the point, advising that “The work undertaken by McGrathNicol did not include reviewing the validity of the security held over the assets of MCS by the Former Secured Creditors.”

Determining validity of security is a job for lawyers but the inclusion of these clarifying lines in DIRRI Mark II suggests ASIC took a very close look and we know the regulator had officers at the creditors meeting. Given the authorities on the perpetually vexing question of independence might not be described as black and white, we’re  likely to see further interventions by the regulator in future (for which SiN will be most grateful).

The other aspect of this is that in terms of assessing and confirming the validity of security, all that’s really happening is that the obligation to be independent is moved from the VAs to their lawyers.

What if McGrath Nicol’s lawyers have a close relationship with ANZ, Westpac and/or HSBC? Can the perception of independence be maintained in that scenario, where the lawyer’s assessment of the validity of the security will almost certainly remain confidential and subject to legal professional privilege?

Note: Readers should be aware that McAleese’s former secured creditors assigned their debt to a new consortium of debt holders on July 19, 2016. The outgoing secureds accepted deferred payment of $5 million and McGrathNicol insists it played no role in the deal during its almost 12 months as IA.

The loan sale occurred after their involvement as IAs concluded in April 2016. The $5 million remains unpaid as at time of publication. Meanwhile, McAleese’s VA have entered into a funding agreement with the new secured creditors to enable the 20 or so companies in the group to continue to trade.