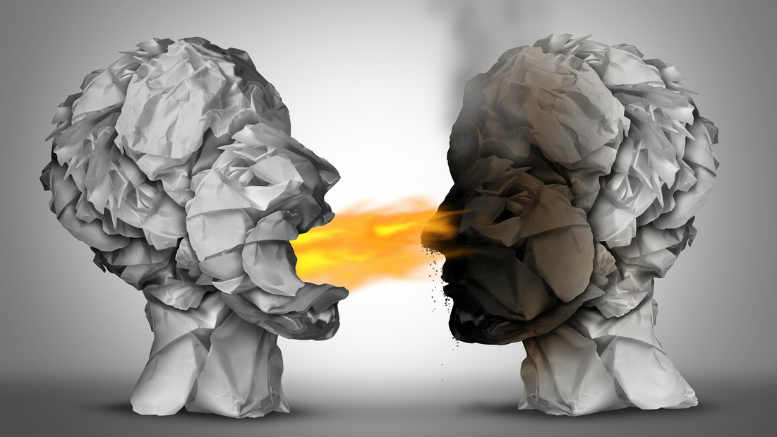 Ross McDermott has been in the wars these last few years and the blood letting isn’t over.

In what may turn out to be the penultimate engagement in Mcdermott’s various scraps with statutory authorities since he was hit with a three year suspension from taking appointments in 2016, the Victoria-based liquidator will later this year defend an application for an inquiry into his conduct brought by the Deputy Commissioner of Taxation (DCoT).

That inquiry relates to McDermott’s handling of the liquidation of Lonnex Pty Ltd, one of two companies operating clinics formerly under the control of colourful medical identity, Geoffrey Edelsten.

“The liquidators were entitled and were induced by the DCoT, to assume that the DCoT had accepted that he should not press for a meeting of creditors whilst the application for judicial advice was on foot.” Lonnex liquidator Ross McDermott.

The vendor entities lent the buyer the purchaser the entire amount – $22 million and $18 million respectively – then forgave the debt.

Five months later, in June 2011 Edlesten sold the shares in LMMH to Independent Practitioner Network (IPN) in a deal that saw him take $8.170 million.

A further $14.38 million was paid to creditors of Lonnex and Millennium, not including the DCoT.

McDermott was appointed liquidator of Lonnex via a special resolution in October 2012.

Pitcher Partners Andrew Yeo was appointed liquidator of Millennium in 2013 on the application to the Supreme Court of Victoria by the Commissioner of State Revenue, Victoria.

When McDermott was suspended in 2016, the orders required that another liquidator be appointed to his existing jobs. That brought Potts onto the Lonnex file and he is also listed as a defendant in the inquiry proceedings. Attempts to contact Potts were unsuccessful.

After being appointed, both McDermott and Yeo initiated proceedings in respect of the restructure but McDermott’s path brought him, and ultimately Potts, into conflict with the DCoT and in March last year they were replaced by Yeo.

The DCoT however wasn’t satisfied with McDermott and Potts being punted.

It also wants the court to inquire into their decision to refuse various demands by the DCoT to convene a creditors meeting, a decision that must have infuriated the DCoT given it had funded them for a period in proceedings McDermott had launched to have the decision by Lonnex to forgive the $22 million debt ruled uncommercial.

The DCoT also wanted the court to inquire into the liquidators’ decision to accept a compromise of the contested debt in defiance of the terms of the funding agreement and, as in other inquiries of this kind, fees are also in the spotlight.

Court documents obtained by iNO reveal that the DCoT also wants to have examined $450,000 in remuneration claimed by the liquidators for the period from April 22, 2017 to the proposed completion of the liquidation.

“This remuneration was incurred in circumstances where the Commissioner first wrote to Ross McDermott on 23 December, 2016 requesting that he resign as liquidator of Lonnex and has been requesting since 6 September 2017 that the liquidators convene a meeting for consideration of a resolution that they be removed, the DCoT said in submissions to the court.

“The Commissioner is concerned that the remuneration is excessive, relates to claims in respect of work which was likely not necessary, and is work that is disproportionate to the benefits to creditors.”

The liquidators’ legal fees are also expected to be scrutinised with the DCoT complaining that no breakdown of $754,305.31 paid to WMB Lawyers (Wilder Moses Bengasino) has been provided to creditors in circumstances where it is unclear whether some of those fees relate to work the firm did in respect of an appeal launched by McDermott and Potts, the costs for which the court subsequently ordered by paid by the liquidators personally.

In his defence, McDermott paints a picture of a DCoT that has attempted to elevate its position above that of other creditors and refused to engage.

He said that once mediation failed the funding provided was terminated as per the agreement. McDermott says the ATO would not contemplate a settlement but refused to provide any further funding.

He and Potts did however make an application for a ruling on whether they were able to enter into a settlement with LMMH.

A subsequent notice issued by the DCoT demanding they call a creditors meeting to consider their replacement was, McDermott claims, not in the interests of creditors, was vexatious and failed to identify a replacement liquidator.

“The liquidators were entitled and were induced by the DCoT, to assume that the DCoT had accepted that he should not press for a meeting of creditors whilst the application for judicial advice was on foot.”

The application for advice on whether they would be justified in entering into the settlement was subsequently resolved in the negative and the DCoT made another demand for a meeting, again according to McDermott without identifying his proposed replacement.

McDermott claims that by the time the DCoT remedied this omission by providing a consent to act from Yeo, he and Potts had already launched an appeal of the decision rejecting the proposed settlement with LMMH.

But that wan’t all. McDermott and Potts wrote to the DCoT advising that as Yeo was the liquidator of Lonnex’s shareholder he was conflicted. Again, according to McDermott, the DCoT did not respond.

He also said that as he had made an application to the Court for approval of the contested remuneration, the inquiry proceedings were not the proper place for that dispute to be ventilated, particular given the liquidators were not claiming for the costs in respect of the failed appeal. There’s a lesson here somewhere. Support INO’s continued chronicling of the insolvency sector.

Be the first to comment on "McDermott, ATO trade blows over conduct inquiry"