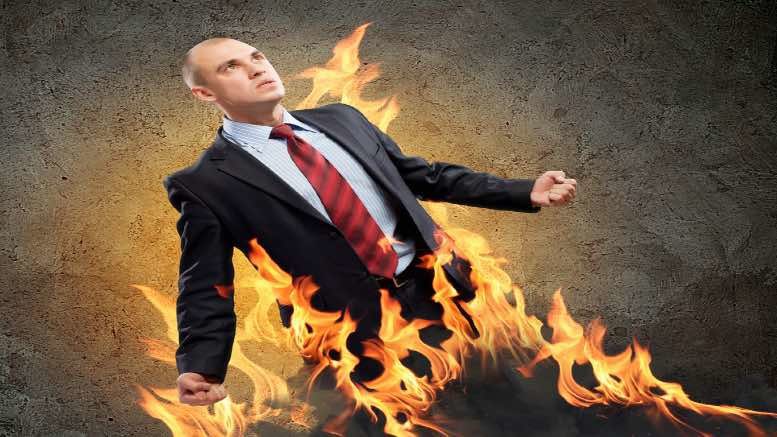 If there was anyone happier with the outcome detailed in Jin Lian Group Pty Ltd (in liq) v ACapital Finance Pty Ltd (No 2) [2021] NSWSC 1202 than property investor Owen Chen then it was probably BRI Ferrier partner Peter Krejci.

“What is certain is that the proceedings would have come to an end on 14 August 2020 had the Funder not agreed to provide the funding called for by the Litigation Funding Deed.” Justice Jim Stevenson.

When Jin Lian Group was first placed into external administration by its directors after it defaulted on the terms of its borrowings from Chen’s ACapital Finance, Krejci was appointed along with then BRI stablemate Brian Silvia.

As has been previously chronicled by iNO in BRI Ferrier NSW Splits As Veteran Departs Silvia parted company with Krejci and his BRI Sydney colleagues in late 2020.

One of the consequences of the split was that Krejci resigned his appointment on the Jin Lian Group liquidation and Geoff Grainger, who had taken the exit door along with Silvia, was appointed in his place.

Almost three years later a judge of the NSW Supreme Court has in two judgments over six months delivered a bullet to Silvia and Grainger that Krejci will be relieved to have dodged.

In April this year Justice Jim Stevenson threw out Sylvia and Grainger’s case, which had alleged that Chen’s companies – ACapital Finance and its parent, Australia Capital Investment Management Pty Ltd (ACIM) – wrongfully retained certain proceeds of the sale of a development site in Carlingford in Sydney’s south.

Jin Lian Group had borrowed in the order of $15 million from Chen to fund construction of three residential blocks on the site.

After it defaulted on its obligations its directors appointed Sylvia and Krejci as voluntary administrators (VAs).

Less than a week later Chen installed Alan Walker and Andre Lakomy as receivers to sell the site.

The Cor Cordis duo took possession of the site, it was subsequently sold and Chen recovered his loan with interest.

A surplus of $293,200.54 generated via the sale was paid into court and on August 15, 2019 a judge ordered that the surplus – minus almost $20,000 for legal expenses – be paid to Sylvia and Grainger in their capacities as liquidators of Jin Lian Group.

Sylvia and Grainger however were convinced that ACapital and ACIM owed Jin Lian Group a lot more.

They commenced proceedings in July 2019 but had no funds. When Chen obtained orders requiring the liquidators to advance some $150,000 security for costs the liquidators chances of engineering result seemed almost to vanish.

Then in May 2020 Grainger contacted Doug Whelan from Premium Litigation Funding Management (PLFM).

As a result of discussions PLFM provided the funds necessary to nullify a dismissal order Chen had won that had been stayed.

More tellingly, Whelan also agreed with the liquidators that a settlement offer proposed by Chen in February 2020 be rejected, though as his honour’s judgement reveals, while Grainger told Whelan about the settlement offer’s existence, he didn’t tell the funder that the offer had been made in writing or provide Whelan with a copy.

While one might speculate as to why Whelan did not inquire whether the offer was in writing the reality is that the judge found that PLMF was jointly and severally liable with the liquidators for Chen’s costs.

It’s a far cry from the $618,860.72 Whelan calculated could accrue to PLFM under his best case recovery scenario.