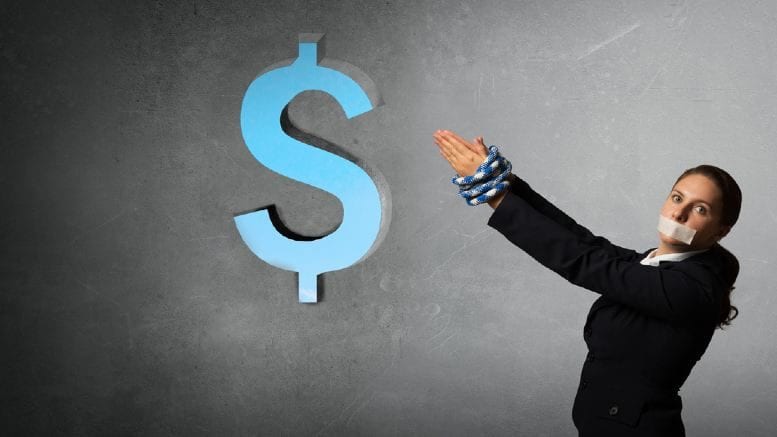 A harrowing portrait of a problem-plagued life made worse by alleged workplace bullying and harassment unfolded yesterday as ex-liquidator Amanda Young testified ahead of her sentencing on charges of stealing tens of thousands of dollars while employed as a salaried partner at the Sydney office of insolvency firm Jirsch Sutherland.

Young, who in February pleaded guilty to two charges relating to the theft of almost $240,000 from various liquidation accounts between 2017 and 2018, told District Court judge Kara Shead that she had suffered from workplace bullying, harassment and sexual harassment during her almost 20 year career, which began when she was employed at Jirsch Sutherland in 2003.

“I was entitled to a safe working environment and I don’t believe I was provided with one,” Young told the court.

iNO does not suggest Young’s claims are true and the court made no findings in relation to the allegations.

“Jirsch Sutherland maintains a safe and supportive workplace for all of its employees,” Morelli said yesterday, adding that the firm was concerned that the allegations as put to him by iNO were not an accurate reflection of what Young had told the court.

iNO encouraged Morelli to clarify his comment but received no reply by our publication deadline.

“Under remuneration is not financial hardship but it can be an indicia of living beyond one’s means”. Crown Prosecutor.

At times crying in the witness box, Young recounted a life of significant difficulty, starting with an incident when she was three years old which left her with burns to 30 per cent of her body.

A degenerative bone condition caused hip problems requiring major surgery and she told the court that she had been through three rounds of In Vitro Fertilisation (IVF) but a “chromosomal abnormality” prevented her from being able to conceive.

Troubles with weight gain had also seen her undergo gastric banding and bypass surgery. She said that despite these measures she had gained 40 kilograms.

It was, Young told the court, in the context of a life beset with such physical health challenges, that her mental health also suffered.

The court heard that it had been her who had discovered her sister’s body after her sibling committed suicide in 2004 and that she had also found her estranged husband in a similar state after he attempted suicide.

She suffered from diagnosed depression and Post Traumatic Stress Syndrome (PTSD), and laid some of the blame for the mental state she was in when she committed the crimes squarely with her former employer.

“I was isolated,” she told the court, adding that she was also subjected to sexual and other forms of harassment and had won a claim in the Fair Work Commission.

She said she had attempted to leave the firm and had attended interviews at other insolvency firms but said that her interviewers would call her brother, former Jirsch managing partner Sule Arnautovic who has since joined Hall Chadwick. This she indicated prevented her from being able to find another job in insolvency.

The court heard that her relations with her brothers had collapsed after her employment was terminated in December 2018 and that she had not spoken to them or seen her nephews and nieces since. Neither her siblings or her parents attended the court yesterday.

Young said that in early 2019 she spent three weeks being treated for depression at St John of God private mental hospital and completed a six-week course of out-patient therapy. The judge heard that Young had been receiving treatment for psychiatric illness at the time of her offending.

After her evidence Young’s barrister Hugh White called character witness Simon Gallant who told the court he had been completely shocked and surprised upon learning that her employment had been terminated for stealing.

The ERA Legal director said that in his own mind he had no doubt that there were external circumstances that influenced the conduct for which Young is to be sentenced and believed the offending was a “cry for help”.

The overwhelming picture presented by Young’s defence team was one of a woman who turned to crime whilst in a depressed state after being burdened by more than $100,000 in debts accrued by her estranged husband.

Young’s barrister argued vigorously against the imposition of a custodial sentence, suggesting his client would be denied adequate mental health care and appropriate nutrition to treat her various conditions if she was imprisoned.

Young said she was ashamed of what she had done and wholly remorseful, but as the Crown Prosecutor pointed out, many in the community suffer physical and mental health issues without resorting to criminality.

Nor was it justified, the Crown Prosecutor said, to suggest that the offending could be excused on the basis that Young, who earned $184,000 per annum as a salaried partner, had not been paid some monies she believed were owed to her, a position Young has since retracted.

“Under remuneration is not financial hardship,” the prosecutor told Judge Shead, “but it can be an indicia of living beyond one’s means”.

The prosecutor said Young’s offending was “premeditated and repeated”, though she did not challenge defence submissions describing the offences as unsophisticated in that the stolen funds, which the Jirsch Sutherland Sydney partnership restored to creditors from of its own resources, were simply transferred directly to bank accounts controlled by Young.

The judge, who commented that Young’s admissions in interviews with ASIC had not been “entirely frank” informed the court that she did not intend to pass sentence on the day and would take time to consider defence and prosecution submissions in respect of the penalties for the offences to which Young has pleaded guilty.

This was in part due to the offences falling under both the Corporations Act and the NSW Crimes Act. Young will return to the court for sentencing on July 9.

Her honour also sought details of the process by which the sums Young took from the various liquidation accounts were made good with a view to understanding if this was an initiative proposed by the defendant, or her former employer. Support INO’s continued chronicling of the insolvency sector.

20 Comments on "Litany of woe from liquidator who stole"