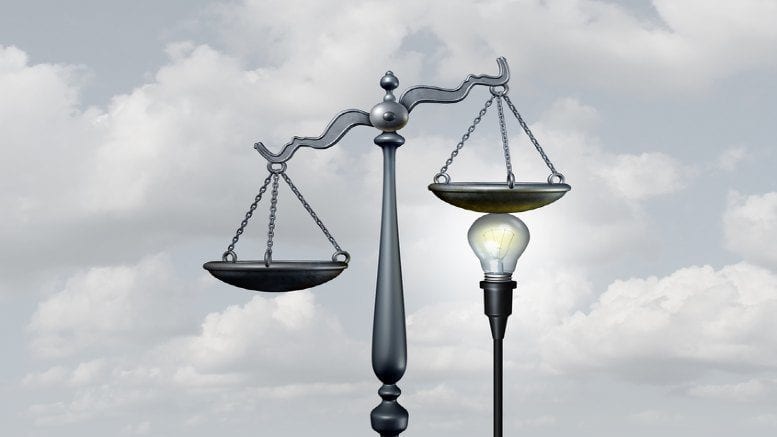 Richard Albarran and David Ross have had quite a win in the NSW Supreme Court, with a judge ruling $2 million paid to the Commissioner of Taxation (ATO) by Western Port Holdings (WPH) whilst it was subject to a deed of company arrangement (DoCA) should be handed back. But will the decision prevail if an appeal is heard?

The court’s ruling, contained in the judgment of Justice Kelly Rees In the matter of Western Port Holdings Pty Ltd (receivers and managers appointed) (in liq) [2021] NSWSC 232 was in response to an application brought by former administrators of the WPH deed Albarran and Ross in their present capacity as liquidators. It should be noted that Ross resigned from the appointment in August 2020 and has since left Hall Chadwick.

Delivered last Friday the judgment sought to resolve whether or not the payments were “receiv[ed] from the company” within the meaning of section 588FA(1)(b) of the Corporations Act and whether the payments – both direct and third party payments – were made “by, or under the authority of the administrator of the deed” within the meaning of section 588FE(2B)(d)(i) of the Corporations Act.

That decision was handed down whilst the WPH hearing was underway. Justice Rees said delivery of the ruling prompted Albarran and Ross’s legal team to send an “unsolicited aide memoir to my Chambers to which the ATO, understandably, objected and I have not considered”.

The question of whether payments were made by, with or under the authority of the deed administrators was one also considered last year in the Federal Court.

In Yeo, in the matter of Ready Kit Cabinets Pty Ltd (in liq) v Deputy Commissioner of Taxation [2020] FCA 632 Pitcher Partners’ Andrew Yeo and Gess Rambaldi as Ready Kit’s liquidators recovered $304,772.15 paid to the tax office between 11 December 2013 and 5 July 2017 whilst they were deed administrators.

In that case the ATO argued unsuccessfully that the payments had been made with the authority of the deed administrators, even though the company’s affairs were formally in the hands of the director during the DoCA’s operation.

The ATO appealed and in November 2020 a three member bench of the Federal Court of Appeal dismissed the challenge. See: Commissioner of Taxation v Yeo as Liquidator of Ready Kit Cabinets Pty Ltd (in liq) [2020] FCAFC 199 (18 November 2020).

On the similar question in WPH Justice Rees found that having the power doesn’t automatically mean that all such acts done by the company can be attributed to its exercise by the deed administrators.

“The DOCA obliged the Director to ensure that the company’s taxes were paid. It did not oblige the company to pay its taxes.”

Critical to the judge’s findings was the wording of the deed, which, conveniently for them, fell short of empowering Albarran and Ross to exercise full control.

“The deed administrators did not retain the power to control those who could operate on the accounts in the name of the company, namely, the Director,” the judge said.

Justice Rees ordered the ATO pay $2,056,974.33 plus interest together with the liquidators’ costs of the proceedings. Given the ATO’s lack of success on appeal in Ready Kit Cabinets the Commissioner might be a little gun shy of exposing himself to another shellacking but iNO will keep an eye out. Support INO’s continued chronicling of the insolvency sector.