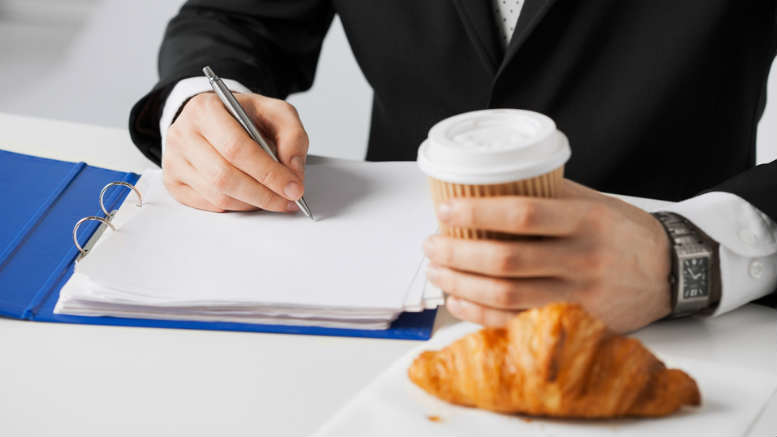 As delegates milled around the hot food counters at the AIIP’s second annual conference in Canberra last Friday, Jirsch Sutherland partner Trent Devine was in Sydney, sitting down to lunch with nothing but an affidavit for company.

Now it might be thought that an affidavit makes for a dull lunch bro.

But Devine had just endured an uncomfortable few hours in the court of Justice Ashley Black.

Under cross examination courtesy of senior counsel Anthony McInerney, Devine had on more than one occasion conceded he couldn’t recall details relating to the liquidation of FW Projects.

Those lapses were despite Devine and Jirsch colleague Bradd Morelli being appointed liquidators less than three months prior on April 18.

After lunch Devine told the judge some of his answers were “inaccurate” and asked if he could address them before the cross examination resumed.

Devine then explained why some of his responses had seemingly not aligned with what he had sworn in his affidavits.

There had been been confusion in regards to his view of whether certain security arrangements – between FW Projects and its purported secured lender Manassen Holdings – meant FW Projects may have been insolvent since September 2018, or if not September then December 2018.

After explaining how the confusion came about in the context of questions put to him that morning McInerney said: “Who did you have lunch with?”

Devine: “Myself and the affidavit”.

When McInerney asked if anyone else had been at lunch Devine said no.

Setting the record straight however didn’t pave the way for an easier time as the afternoon session wound on.

At the heart of this issue is whether Manassen Holdings has a valid security over various real property assets on Sydney’s northern beaches and whether the liquidators, who HCA are seeking to replace, are biased in Manassen’s favour.

The Jirsch pair reject HCA’s claim but have made some concessions as the proceedings have unfolded, including providing an undertaking that they will terminate their retainer with Mills Oakley if Justice Black concludes that they should remain as FW Projects’ liquidators.

The reason for this is that MO advised Manassen in September 2018 when it converted its investment in FW Projects’ property developments from one of unit holder to holder of secured debt.

Under an agreement with Manassen Morelli and Devine stand to receive $100,000 plus GST for their fees from the proceeds of sale of a portion of FW Projects’ property assets if the Manassen security agreement withstands.

Manassen will pocket much of the remainder. Mills Oakley, which has been advising FW Projects in separate litigation is owed $1 million.

But despite MO’s involvement with Manassen the liquidators engaged MO to defend them in the replacement proceedings brought by HCA.

“It should’ve been included shouldn’t it?” McInerney asked Devine.

“Probably should have, yes,” Devine replied.

All in all it was a tough day for Devine as McInerney repeatedly found ways to question whether the affidavits he’d sworn in these proceedings were sufficiently fulsome in their disclosures.

One of the most curious elements of this matter though is why Devine is being cross examination at all.

It was after all Morelli who was involved in the initial pre-appointment discussions with Manassen and its advisors; Morelli who authored the liquidators’ DIRRI and Morelli who according to Devine has effective carriage of the matter from his base in Jirsch’s Newcastle office. But Morelli has not sworn an affidavit.

INO asked the Jirsch Sutherland managing partner if there was a reason for that but no response was received by deadline.

The question was also asked of Devine last Friday.

He told the court that as he was based in Sydney and the proceedings were taking place in Sydney it made sense for him to appear.

The matter is now with the judge, who will decide if HCA has made out its case for the Jirsch duo to be replaced.

McGrathNicol’s Barry Kogan and Kathy Sozou have provided a consent to act as replacement liquidators and would appear to have funding guarantees for at least $50,000 and possible $100,000 from HCA and another creditor.

Their involvement comes after SV Partners’ Ian Purchas, who had been communicating with HCA’s lawyers almost from the outset of the liquidation, apparently ruled himself out on the basis of a conflict. Please take a moment to support INO’s continued chronicling of the insolvency sector.

Creditor Opts For Replacement Over SPL

Be the first to comment on "Liquidator lunches with affidavit, corrects testimony"