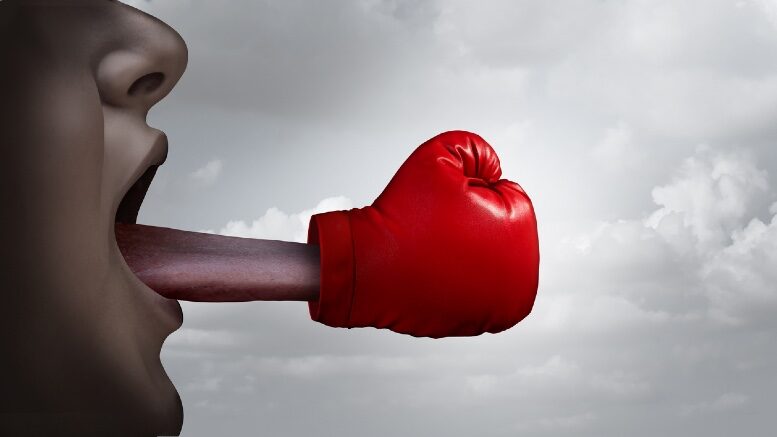 Liquidators and lawyers are no strangers to the try on and regardless of the ratio of success, it’s a practice very much based on the idea that if nothing is ventured, nothing can possibly be gained.

Trying it on in respect of claims for insolvent trading might generally be thought to carry no risk but when what some might perceive to be a try on comes to the attention of a judge of a Supreme Court, then the consequences can entail more than failure to obtain a gain.

“The outcome is more likely to assist the professional service providers than the creditors. Plainly, that is not the object of the legislative regime.” Justice Marcus Solomon.

We say “perceive to be” because in Perth Fashion Festival Pty Ltd (In Liq) -v- Fashion Council, WA Ltd (In Liq) [2022] WASC 210 Supreme Court of West Australia Justice Marcus Solomon certainly seemed to be of the view that payment demands issued by Perth law firm Mendelawitz Morton on behalf of Hall Chadwick partner Cameron Shaw were anything but a try on.

The demands were issued to the directors of Fashion Council, WA Ltd (FCWA) in a letter dated 14 June 2021 by Mendelawitz Morton on behalf of Shaw in his capacity as liquidator of Perth Fashion Festival (PFF).

“The letter was written in strident and unequivocal terms,” the judge said, adding that “such an approach is entirely permissible”.

“But it carries with it the implication of matters that arise by reason of the professional obligations imposed upon, and assumed to be observed (at least in the absence of evidence to the contrary), by each practitioner,” he said.

“Those obligations include a degree of honesty and integrity such that if a fact is asserted or a position advanced, then it follows that a belief in that fact or position is genuinely, honestly and reasonably held.

“Lawyers are in a privileged position in our society. That privilege comes with grave responsibility.

The judge said it followed that Shaw’s lawyers must have “genuinely and reasonably held the views expressed in the letter of 14 June 2021 on the basis of investigations into FCWA’s affairs.”

But as his honour went on to point out, despite these presumably genuinely held views about the FCWA directors’ liability and the stridency with which those views were articulated, no proceedings were commenced.

This was despite Shaw in December 2020 being granted access to the books and records of FCWA and permission to commence any claim he might identify by its liquidator, Kim Wallman of HLB Mann Judd.

As he was unfunded he determined that pursuing the claim would be uncommercial and resolved to finalise the liquidation.

That didn’t suit Shaw. Along with co-appointee Richard Albarran, the Hall Chadwick Perth partner had incurred unpaid costs of $322,000 in the liquidation of PFF, which was a creditor with a claim for $510,000 in the FCWA liquidation.

Shaw had already tried without success to replace Wallman with Shumit Bannerjee of Westburn Advisory in August 2021.

That motion was defeated but still Shaw refrained from commencing any proceedings against the FCWA directors.

Then in the following month he applied to have Bannerjee appointed to FCWA as a special purpose liquidator (SPL), that application being the subject of Justice Solomon’s reasons delivered last week.

Supporting the application for an SPL was an affidavit of Hall Chadwick major equity holder Drew Townsend.

In essence Townsend told the court that while no funding agreement was able to be put before the court he saw “no impediment to this occurring once the court grants approval to appoint the SPL”.

Shaw chimed in in his own affidavit saying “Hall Chadwick (NSW) is willing and able to fund the SPL until completion of his duties”.

What Shaw didn’t put before the court was the basis for his belief that he had a sound claim against the FCWA directors and it was in the interest of PFF’s creditors to pursue it.

“…. it is plain from the letter from Mendelawitz Morton of 14 June 2021 that PFF must have a sound basis for the claims it asserts and made the subject of strident demands through its lawyers,” Justice Solomon observed.

“The letters followed the inspection of FCWA’s books and records. Yet, the basis for the claims was not put before the court so that an assessment could be made as to whether there is sufficient evidence to support the possibility of an action being brought,” he said.

What the judge did have before him was the evidence that on top of the $100,000 in costs Wallman had incurred and $322,000 claimed by Shaw and Albarran, significant additional costs had been run up and the proceedings, if brought, would be defended and costly.

“In those circumstances, the usual regime for the priority of payments under s 556 of the Act renders it very difficult to perceive the likely utility of any proceedings,” he said.

“The outcome is more likely to assist the professional service providers than the creditors. Plainly, that is not the object of the legislative regime.”

1 Comment on "Liquidator and lawyers prompt warning about bluster"