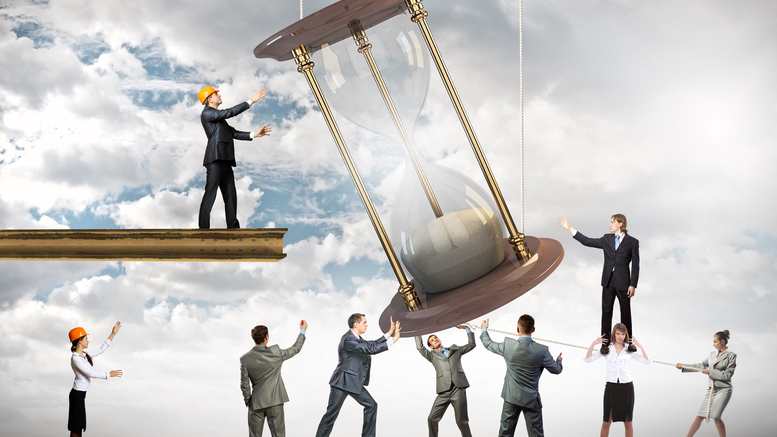 It was lessors gone feral in correspondence between legal representatives of aircraft owners and Virgin’s voluntary administrators (VAs) last week as the owners of the (mostly) grounded fleet sought to extract agreements and undertakings in exchange for refraining from challenging the VA’s application to extend their exemption from personal liability for aircraft lease payments to May 26.

The lessors are owed around $1.7 billion.

“We confirm that our clients do not object to the Application on the basis of your confirmation given during our recent discussions that:

(a) all relevant parties affected by the proposed orders will be treated equally, ie landlords will not receive payment in circumstances where our clients are not being paid;

(c) the administrators commit to agreeing a protocol with our clients next week in respect of the Aircraft Property to mitigate the prejudice to our clients from the Application (see below);

(d) the administrators will continue to maintain insurance in respect of the Aircraft Property and pre-appointment maintenance programs;

(e) there will be preservation of the Aircraft Property and no unauthorised removal or dealings with the engines or parts;

(f) the administrators will provide a section 440B consent to those of our clients who hold ALLPAP; and

(g) the administrators will support a representative on behalf of our clients being nominated to any committee of inspection (subject to the usual creditors’ resolutions).”

“The Application, so far as it relates to permitting Administrators to fully utilise Aircraft and generate revenue, without any requirement to pay rent nor compensate for maintenance utility consumed, is entirely inconsistent with the Act.” James Alio, Standard Chartered Bank.

Well, that’s not asking much. A special protocol to protect the interests of a class of unsecured creditors? iNO asked the VAs this morning if they had agreed to such an arrangement but had not received a response prior to publication.

Nor was KW&M the only one bombarding Deloitte with confirmation that they would not oppose the extension application, as long as the VAs agreed to their clients’ conditions.

Standard Chartered Bank’s James Alio, who manages aircraft leasing for both the bank and Pembroke Aircraft Leasing (UK) Limited, was quick to point out that while aircraft still being used by the VAs would generate revenue, they depreciated faster than planes grounded and while the revenue would go to the VAs, the depreciation cost would be a further burden borne by the lessor.

“We wish to make it clear that we do not object to the proposed waiver of liability for payment of rent in respect of Aircraft (subject to the terms outlined within the KWM Letter) that are grounded and not being used,” Alio said.

“We however do not consider it appropriate that the Administrators should be completely relieved of their obligations under section 443B of the Act in circumstances where they are continuing to utilise Aircraft and benefit from their use.

“Of particular concern, we have been informed by personnel of the Virgin Companies that the Aircraft bearing MSN 3332 which is subject to the lease between Pembroke and Virgin Australia Regional Airlines Pty Limited (VARA) is continuing to operate revenue generating flights on a regular basis.

“For example, MSN 3332 is on record having flown 141 hours during March 2020 which equates to the consumption of approximately USD85,000 in maintenance life from the asset.

“We accordingly request that you and/or the Court consider making provisions that require the Administrators to enter into a payment arrangement with lessors of Aircraft that continue to be utilised. This is because:

“Operating an Aircraft results in the consumption of life on its engines and parts which equate to real costs for the owner. For example (and as mentioned above), the life consumed by VARA on MSN 3332 in March 2020 is equivalent to approximately USD85,000 which is a cost that Pembroke will need to bear on top of forgone rental.

“Further, Aircraft which are being flown (especially on a regular basis in the case of MSN 3332) will further depreciate in value as compared to Aircraft that are simply grounded.

“As a consequence lessors of Aircraft (such as Pembroke) which are almost fully utilised are being significantly prejudiced.

“So far as we are aware, there are very few Aircraft which are still being utilised, most with Federal Government support or on charter-based contracts. We accordingly expect that the Administrators at Deloitte would be capable of negotiating a commercial arrangement with the affected lessors (such as Pembroke).

“The Application, so far as it relates to permitting Administrators to fully utilise Aircraft and generate revenue, without any requirement to pay rent nor compensate for maintenance utility consumed, is entirely inconsistent
with the Act.”

“Inconsistent with the Act”?

KWM indeed flagged its own sense of impending legislative conflict in the final paragraphs of its correspondence with Algeri and Mohammed, suggesting the provisions of the “Aircraft Convention” would take precedence of the VAs obligations and authorities bestowed by the Corporations Act.

“For completeness we note that for subject aircraft the provisions of the Aircraft Convention will prevail over the provisions of the Act in respect of rights and remedies and requires the administrators to give possession of aircraft, engines, technical records, etc to lessors and secured creditors by no later than 60 days after the administration commenced, unless all defaults are cured and the administrators agree to perform all future obligations,” Canning and Rakoczy said.

“The Aircraft Convention requires that during this 60 day period the administrators preserve the aircraft and maintain them and their value
in accordance with the lease and finance agreements, which rights and obligations cannot be hindered or delayed by contrary provisions in the Act.

“We expect that at the end of this 60 day period, the administrators will have a better view as to the status of any restructuring proposals and which of the Aircraft Property they will likely require.

“We propose that well in advance of the expiration of this period, our clients and the administrators engage and agree on a mutually acceptable way forward.”

Deloitte looks set to earn every dollar of its anticipated $30 million fee for the Virgin VA, but it’s clear that at this stage there are plenty of pitfalls yet to be avoided. Support INO’s continued chronicling of the insolvency sector.