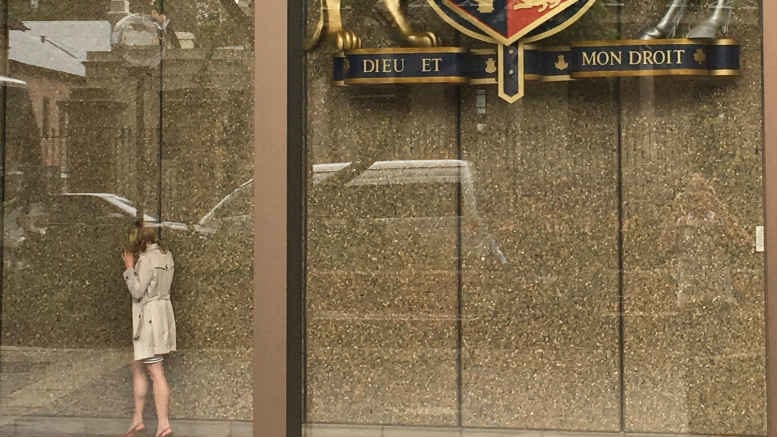 It’s not often that a judge tells a bankruptcy trustee to hire a different lawyer. However in the case of Leroy versus Mogilevsky, Hall Chadwick partner Paul Leroy has suffered just such a fate.

Worcester has been representing Leroy in voidable transfer proceedings brought against Edward Mogilevsky, husband of bankrupt Alla Mogilevsky to whose estate Leroy is the appointed trustee. Leroy wants to overturn Alla Mogilevsky’s transfer in November 2011 of her share in the couple’s Brighton, Victoria home to Edward for consideration that Judge Jarrett described as “natural love and affection”.

Edward Mogilevsky as respondent applied for two orders. One sought to restrain Leroy from retaining Worcester. The other sought Leroy’s removal a trustee of his wife’s bankrupt estate. Whilst the latter application failed, SiN understands east coast trustees’ chief headkicker Mark Findlay will be contacting Leroy about his use of Worcester, though Leroy doesn’t see a need.

“There’s been no adverse findings against me as trustee,” Leroy told SiN. “It doesn’t have any adverse commentary about me so I don’t see why there would be any involvement by AFSA (Australian Financial Security Authority). I don’t anticipate anything like that,” he said.

For his part, Worcester said he was not able to discuss the judge’s ruling. “Given His Honour’s judgment remains under review, it would be inappropriate for me to comment at this stage. I have at all times been advised by counsel including silk,” he said.

This mess has its beginnings back in September 2011, when a Ms Irma Foxman commenced proceedings against Alla Mogilevsky in the District Court of Queensland. The alleged voidable transaction being pursued by Leroy took place on November 3, 2011. Almost 12 months later, in October 2012, Foxman won judgment against Alla Mogilevsky in the QLD District Court for $747,093.17c. Foxman’s lawyer in those proceedings was Worcester.

Alla Mogilevsky declared herself bankrupt in January 2015 and Victorian insolvency practitioner Joseph Loebenstein was appointed as her trustee in bankruptcy. According to the judgment, Foxman was far and away the biggest creditor to the estate and that with Worcester acting on her behalf, she moved to remove Loebenstein and install Leroy as Alla Migolevsky’s trustee, which occurred in April 2015.

Two months later Leroy launched his bid to have the transfer of property to Edward Mogilevsky declared void and by the end of the year it had emerged in those proceedings that Foxman herself was also bankrupt and owed Worcester for his fees.

“It later emerged, after Mr Mogilevsky’s solicitors undertook some inquiries with the trustee of the bankrupt estate of Ms Foxman ….. that Mr Worcester had taken an assignment of the debt owed by Mrs Mogilevsky to Ms Foxman,” Judge Jarrett said. “When that matter was raised with the Court it drew a concession from Senior Counsel for Mr Leroy that there was indeed an assignment to that effect.

“In my view, Mr Worcester is in a position of conflict,” the judge said. ” …..the assignment was for the whole of the debt and Mr Worcester had lodged a proof of debt for the whole amount of the judgment with Mr Leroy. Mr Worcester’s self-interest as the largest creditor of the bankrupt estate clearly conflicts with his duty to Mr Leroy.”

The judge said that “the conflict of interest that exists between Worcester’s interest and his duty to Leroy as his solicitor impacts upon the appearance of independence, if not the actual independence of Leroy” because the test is not whether there is an actual absence of impartiality but whether in the eyes of a fair-minded, reasonably informed member of the public, there might be a perception of the absence of impartiality. Leroy has since retained a different lawyer.