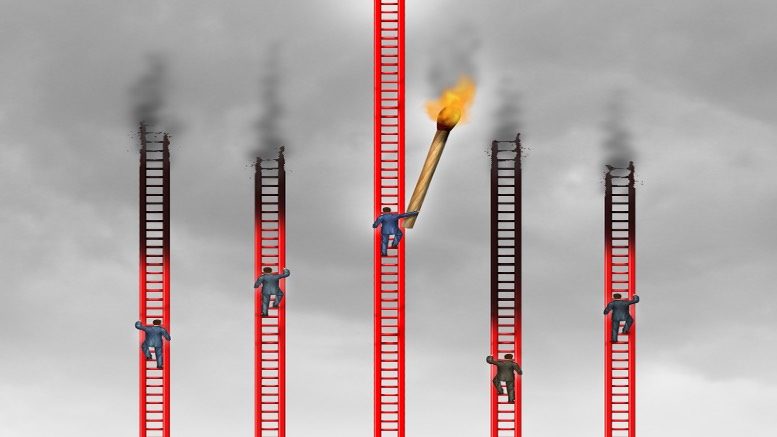 Mindful of the scrutiny being applied by ARITA and ASIC to three EY WA partners, three WA domiciled restructuring practitioners at KPMG have moved early to quell conflict concerns in respect of their appointments last week as voluntary administrators (VAs) of Salt Lake Potash Limited (SLPL).

In making their declaration of relevant relationships, independence and indemnities (DIRRI) KPMG WA partners Martin Jones and Hayden White and director Tom Birch advised that initially at least, they won’t even be considering matters like insolvent trading and antecedent transactions. No indeed.

“Having regard to concerns raised by ARITA in other appointments of which we are aware, and despite the Courts later sanctioning those appointments, KPMG will make application to appoint a special purpose administrator to perform the investigations in respect of insolvent trading and any relevant antecedent transactions,” the KPMG trio declared.

” … in light of references to where the advice under our limited engagement fits in with the requirements under the safe harbour provisions of the Act, limited to sections 588GA(2)(a) and 588GA(2)(c), we have also considered whether there might exist the potential for apprehended bias in respect of any component of the work we will undertake as Administrators,” they added.

The abundance of caution on display is a consequence two things.

One is that KPMG was engaged by Thomson Geer prior to the the VAs’ appointments to undertake a compliance review and provide cash flow management advisory services to SLPL and its related entities.

The other is that in recent weeks the EY trio of Sam Freeman, Colby O’Brien and Vincent Smith have had to obtain the court’s blessing in respect of their independence following concerns articulated by both ARITA and ASIC in respect of EY’s pre-appointment involvement in the affairs of the Pindan property and contraction group.

The Pindan appointment is likely the “other appointments of which we are aware” referred to in the SLPL VAs’ DIRRI and the sanctioning by the courts is probably a reference to Pindan Group Pty Ltd (Administrators Appointed) and Ors [No.2] [2021] WASC 358.

In response to iNO’s enquiries Jones said that the VAs had not as yet obtained a consent and that their application to appoint an SPA wouldn’t take place until after the first meeting of creditors. The cost of the SPA application would not, he confirmed, be expensed to the administration.