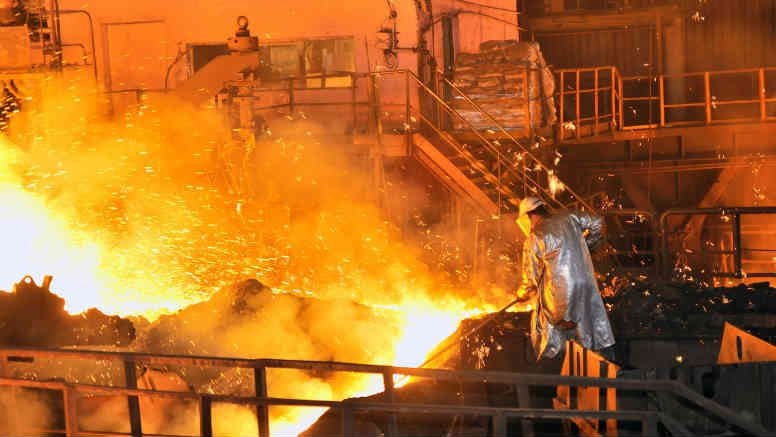 A judge has made some warm asides about a liquidator's oral evidence.

Jirsch Sutherland’s Glenn Crisp has earned a couple of mentions in recent judgments of the Supreme Court of Victoria and they’ve not been complimentary.

The judge was explaining how the hearing had proceeded, relying mainly on documentary evidence. Except that is for the Jirsch managing partner, who had been cross-examined.

“The trial was conducted by way of witness statement and, with the exception of Mr Crisp, there were few, if any credit issues raised,” Justice Kennedy said.

Credit issues? Well, this is the lad who in 2012 was accused by RSM Bird Cameron of allegedly misappropriating $500,000 by recording a lower charge-out rate for himself and RSM employees than the rates approved by creditors of a company called Food Life, to which he’d been appointed liquidator.

The allegation – contained in a statement of claim filed in a Victorian court and published widely in the media – was that the margin had been used to pay personal expenses including home improvements. It was however never pressed by RSM, which apparently preferred entering into a deed of release with Crisp on his departure.

And this is also the lad who in 2013 sued a strip club operator for defamation after she distributed photos she’d taken of Crisp in the company of strippers performing during a Yarra River boat cruise the previous year.

According to media reports at the time, the images were copied to a disk that was then discovered during a search of the offices of the director of a trucking company called Viking Group.

Crisp was liquidator of Viking Group, an appointment he’d taken on whilst as at RSM. In the defamation action Crisp blamed the strip club operator for losing his job at RSM and argued that the $400,000 a year he was earning at his new firm, Jirsch was less than what he would’ve earned if he’d stayed.

In the case involving United Petroleum, Crisp’s involvement comes through his role as liquidator of Bonnie View, which had agreed to sell its 19 service stations to United. After contaminants were detected on the site of the business United considered the most lucrative of the lot, the parties entered into a “side agreement”.

This required Bonnie View to remediate the site and transfer the lease. As an incentive to compel completion, $100,000 was withheld from the purchase price and Bonnie View also stumped up a $400,000 bank guarantee to underwrite its obligations.

Neither the remediation or the lease assignment proceeded and Bonnie View was placed into voluntary administration (VA) and then liquidation. Crisp and colleague Malcolm Howell were appointed VAs in February 2015 and liquidators in March 2015.

At the March 30 meeting of creditors Crisp advised that he saw no benefit in assigning the site given the more than $500,000 it would cost Bonnie View to adhere to the side agreement and further, that if the lease was unable to be assigned then the bank guarantee – called by United in February – should be returned to Bonnie View.

When United finally brought proceedings against Bonnie View, its director and Thomas Coad, one of the landlords of the contaminated site, United claimed $470,000 for remediation costs and another $450,000 for the costs it says it incurred negotiating a new lease.

During the trial Crisp was questioned closely about the issue of the assignment of the lease and the judge made a point in her judgment of referring to his evidence under-cross examination.

“This evidence and the suggestion of Mr Crisp that he was now trying to say that he had attempted to procure the assignment also appeared to be contrary to a statement in Mr Crisp’s earlier affidavit of 10 April 2015 that the Landlords had not provided any written consent ‘and BV has not requested any such consent’. As is indicated above, there was also evidence that Mr Crisp did not see any benefit in an assignment at the time.”

The outcome of that judgment was that United won almost $900,000 in damages and gets to hang onto the proceeds of the bank guarantee and the $100,000 withheld payment. The balance will comprise a debt provable in the Bonnie View liquidation. That’ll make for interesting creditors meetings going forward.

The other judgment where Crisp is mentioned, though not strictly adversely, involves an appointment he accepted just a month before he took on the Bonnie View job.

In the wake of their subsequent appointment as liquidators, a unitholder and shareholder in Brickmakers Place brought an action against the trustee company, its directors and some other unitholders, alleging they had received a significant discount on the price of the units.

As part of the resolution of that dispute, the parties plaintiff and trustee entered into a finalisation agreement which required that $212,138.00 dollars be retained in a solicitor’s trust account for ultimate payment to the plaintiff.

However the defendant unitholders then decided that the plaintiff relinquished its rights to the retained funds when it breached the agreement and the trustee subsequently directed that part of the funds go to pay the defendants’ lawyers. Not long afterwards, Crisp and Kukulovski were appointed. His honour was not amused.

“This is unacceptable,” Justice Michael Sifris said. “The sum of $212,138 should have continued to be held pursuant to the Undertaking until resolution of this proceeding as contemplated and indeed undertaken.

“This amount has since been further depleted by liquidator’s fees, such that Bullhead is only likely to receive approximately $36,036.43,” Justice Sifris said. And he wasn’t enamoured of the decision that saw the company placed into external administration either.

“Placing the Trustee into administration was an extravagant, unnecessary, costly and wasteful exercise,” the judge said. Such is the impotent wisdom of hindsight. For the full judgment see: Bullhead Pty Ltd v Brickmakers Place & Ors [2017] VSC 206 (21 April 2017). It’s worth noting too that Kukulovski resigned from this appointment at the end of 2015, around the time he left Jirsch.