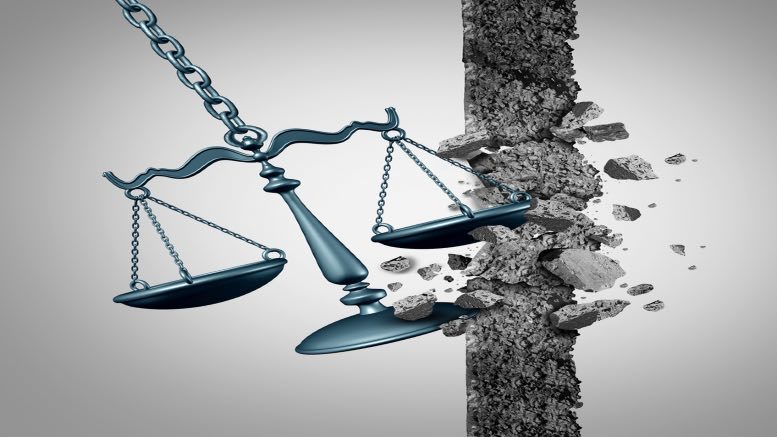 Can there be any greater threat to reputation than judicial authority publishing slanders whilst cloaked in absolute privilege?

Certainly insolvency industry titan Mark Korda might not think so.

Last week the man whose reputation as one of Australia’s preeminent insolvency practitioners and restructuring advisors has been forged over 40 years at the sharp end of corporate distress had his name besmirched in the most direct and damaging of ways.

“Mark Korda has appeared in scores of matters before the courts over his 40-year career and his reputation for probity precedes him in the market.” Spokesperson for KordaMentha.

In delivering judgment in the matter of Slea Pty Ltd v Connective Services Pty Ltd (No 9) [2022] VSC 136 Supreme Court of Victoria Judge Ross Robson made a number of findings as to the credit of witnesses who appeared in oppression proceedings brought by Slea Pty Ltd, a minority shareholder in mortgage aggregator Connective Services.

Korda, who was appointed a director of Connective to assist with a potential sale or takeover of some portion of the business, was one of those who appeared.

Not mincing his words the judge said he found Korda to be a “dishonest witness” who had provided “misleading evidence”.

This is the man who has led many of Australia’s largest and most challenging corporate restructures and insolvencies.

But after publication of the 453 page judgment Korda’s reputation is smoking like a cheap suit after a bomb blast. So how does he react?

Well by not having a bar of it. In a statement issued to iNO last night a spokesperson for Korda’s co-founded firm KordaMentha said: “While we respect the court process the judge made some remarks that were incorrect and we do not agree with. (sic)

“Mark Korda has appeared in scores of matters before the courts over his 40-year career and his reputation for probity precedes him in the market.”

The spokesperson said that “for 12 years Connective has been involved in protracted and complex litigation”.

“Mark Korda took on the job of trying to assist with a hostile and difficult resolution that has ended up before the courts.

“We note that Connective’s executive directors and majority shareholders have flagged their intention to appeal the decision,” the spokesperson said.

If an appeal proceeds Korda will be hoping for a very significant rebuttal, one that somehow reverses Justice Robson’s published views as to Korda’s credit.

Hoping for a similar outcome will be Connective chief executive Glenn Lees and director/principal Mark Haron, who Justice Robson said were unfit to act as company directors.

Also watching any appeal closely will be the Australian Restructuring Insolvency and Turnaround Association (ARITA) and Chartered Accountants Australia & New Zealand (CAANZ), both of which have Korda on their books as a member.

In respect of ARITA membership Korda has attained the status of Fellow. That’s one level short of being recognised for Life membership.

To become a Fellow an ARITA member must maintain an unblemished record as a professional member for more than 10 years.

Not only that, the member must be nominated for Fellowship for this higher standard of recognition by his or her peers.

The question then is, do damaging public comments published by a senior judge of one of the higher courts constitute a blemish? If so, is it a blemish sufficient to trigger ARITA’s internal conduct review protocols?

In the Code of Ethics which forms part of its Code of Professional Practice ARITA states that as well as complying with the law, members “must exhibit the highest levels of integrity, competence, objectivity, impartiality and must uphold the standards of behaviour expected of the profession.”

ARITA chief executive John Winter said a judge calling someone dishonest was not a finding of dishonesty. Nor, in Winter’s view, have the judge’s comments harmed the industry.

“The fundamental question is “did it bring the profession into disrepute”,” Winter said.

“I don’t see that if it was simply an ugly, hard fought commercial battle in something unrelated to our core area,” he said.

CAANZ was approached for comment but did not respond by iNO’s deadline.