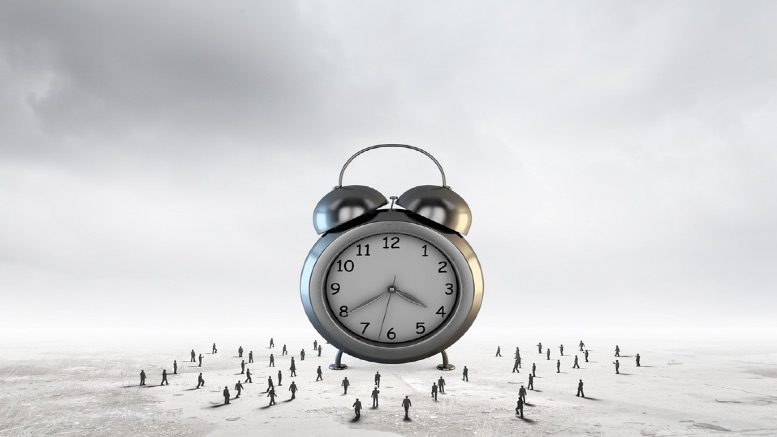 Inevitably, measures implemented to cope with COVID 19 lockdowns would generate consequences unforeseen but few could have predicted that an initiative intended to preserve jobs would lead to a judge slashing a liquidator’s fees.

That however is precisely what’s happened to Jirsch Sutherland managing partner Bradd Morelli, who saw his claim for almost $25,000 in remuneration lopped by $10,000 after a judge ruled that by reducing his staff’s hours to avoid redundancies, Morelli had prolonged the liquidation.

“Whilst the Court is in no position to cavil with the Liquidator’s evidence that it was necessary for his firm to reduce working hours in order to avoid staff redundancies, it does not necessarily follow that it was reasonable to implement the reduced working hours in such a way that it resulted in staff being required to continue routine tasks on an administration over a prolonged period because the work required to finalise the administration was not being done.” Justice Kate Williams

As outlined In the matter of Guided Knowledge Group Pty Ltd [2022] NSWSC 255 NSW Supreme Court judge Kate Williams reasoned that this had the effect of rendering unreasonable a portion of the remuneration claimed for the period from 22 May 2019 to 28 January 2022.

Morelli and Jirsch colleague Trent Devine were appointed administrators of Guided Knowledge Group Pty Limited back in September 2016 and became its liquidators in November of the same year.

By the time he made his application to court in October 2021 Morelli had paid out all creditors in full and was in possession of a modest surplus.

What bugged her honour was that Morelli had by this time also been in possession of the legal advice required in respect of distributing the surplus for almost two years.

The time sheets Morelli put in evidence in support of his application covered four areas where the work had been done:

Her honour accepted that what was claimed in categories one to three was reasonable.

But she found that Morelli had not shown that it had been necessary for the administration to continue for a further two years after he had recovered a dividend from the winding up of a related entity and “obtained advice from his solicitor concerning the distribution of the surplus in November 2019 (having already sold the Company’s business and assets in January 2017)”.

Morelli told the court that the delay was due partly to “reduced working hours implemented for the liquidator’s staff during the period from April 2020 to December 2021 in order to avoid redundancies during the COVID-19 pandemic”.

He also told the court that it took six months to clarify whether two potential creditors he’d identified were eligible to participate in any dividend, telling her honour that “these inquiries were complicated by the Liquidator’s staff working from home during part of that period as a result of the COVID-19 pandemic and difficulty in contacting creditors due to office closures”.

Unfortunately for Morelli Justice Williams found that the time sheets provided in support of this evidence didn’t stack up.

“…… the time records do not corroborate the Liquidator’s evidence that the time taken to make these enquiries with potential creditors prolonged the administration,” the judge said.

“Creditors will not be providing POD’s [sic]. Creditors have been emailed asking to confirm this”.

“I infer from these time entries that the enquiries that the Liquidator deemed necessary were made and answered by the potential creditors in less than one hour on 25 March 2020, subject to email confirmation which was received at some time thereafter,” the judge said.

“All that remained to be done was ensure that the creditors’ confirmation was appropriately documented. For reasons that are not explained by the evidence, that did not occur until June 2020 but took less than two hours in total.”

The judge said the evidence put before her also didn’t explain why the work did not commence in about November 2019 when Morelli received the legal advice concerning the distribution of the surplus.

“Whilst the Court is in no position to cavil with the Liquidator’s evidence that it was necessary for his firm to reduce working hours in order to avoid staff redundancies, it does not necessarily follow that it was reasonable to implement the reduced working hours in such a way that it resulted in staff being required to continue routine tasks on an administration over a prolonged period because the work required to finalise the administration was not being done,” her honour said.

“There is no evidence as to the reasonableness of that course and its effect on the duration and cost of this administration. The evidence does not establish that the work that was required to finalise this administration in the period after the receipt of the solicitor’s advice in November 2019 was complex or time consuming.

“Had the work been attended to efficiently after November 2019, it is likely to have been completed or substantially completed before the COVID-19 pandemic and associated lockdowns affected the work of the Liquidator and his staff.”

Based on her review of the time sheets, the delays resulted in ongoing costs not only with BAS reports and ASIC lodgements but also in respect of reconciliation of bank statements, paying and recording disbursements, internal meetings and discussions and file maintenance.

“All of these items of work are relatively small in terms of time taken and remuneration charged and I accept that they were undertaken by staff with an appropriate level of seniority.

“However, small charges add up and it is my opinion that the delays that resulted in those tasks needing to be undertaken over a period of more than two years after November 2019 were unreasonable.”

Calculating that the $24,603.50 Morelli claimed for the period from 22 May 2019 to 28 January 2022 represented approximately nine per cent of the $227,185.94 proceeds of the sale of the company’s business and assets in January 2017, and not being enlightened with a statement of what liabilities if any were assumed by the purchaser, her honour said there would be “a lack of proportionality in approving remuneration equivalent to approximately an additional nine per cent of known recoveries over and above the remuneration approved by creditors, where approximately half of that additional remuneration ($10,284.50) is attributable to the unreasonable prolongation of the administration for two years after the Liquidator was in a position to take steps towards distributing a modest surplus”.