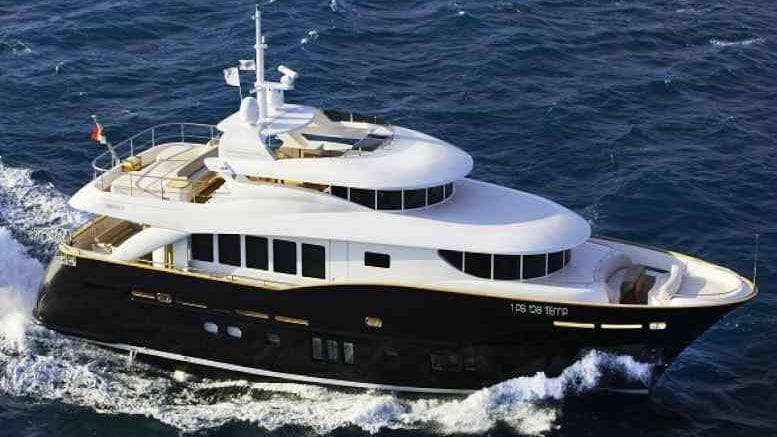 Jirsch Sutherland partner Malcolm Howell has branded his removal as liquidator of AFX Group Proprietary Limited “a blatant abuse of the new insolvency laws” after he was replaced at a meeting of creditors last Friday by Grant Thornton’s Matt Byrnes and Phil Campbell-Wilson.

The meeting had been convened in accordance with ss 90-15(1) and 90-21(2) of the Insolvency Practice Schedule following an application in April this year by Qi Liang Gu, a major creditor and father of sole AFX director Richard Gu.

“This was done whilst in the context of the Director replacing and removing AXF Group as Trustee of the Trust after the Court had made winding up orders in November 2019 but whilst it was stayed pending an appeal.” Jirsch Sutherland partner Malcolm Howell.

Gu Junior has had more than a passing mention in the mainstream press in recent years, beginning in 2015 when he failed to complete the purchase of Hunters Hill trophy home Bulwarra from actress Cate Blanchett and her husband Andrew Upton for $19.8 million.

iNO makes no suggestion of any wrongdoing but what hasn’t been reported is that AFX Group is as much as $209 million in the red, with the Australian Tax Office (ATO) owed $13 million.

Since an order staying his November 2019 appointment as liquidator of AXF Group was lifted on February 5, 2020, Howell’s undertaken extensive work preparing to go after more than $200 million in assets believed to reside within the Gu family’s Australia Xiang Fu International Trust.

That work included making an application in the Supreme Court of Victoria to be appointed receiver and manager without security over the assets and undertakings of the trust and obtaining freezing orders in respect of trust assets.

A hearing on the receivership application however was delayed while Howell sought guidance from the court as to whether he was entitled to refuse directing creditors their request that he convene a meeting to consider a resolution that he be removed and replaced.

“In this case I was faced with very powerful related parties,” Howell said in response to iNO’s enquiries.

“The directing creditors directed me to call the meeting under the new insolvency laws.

“This was done whilst in the context of the Director replacing and removing AXF Group as Trustee of the Trust after the Court had made winding up orders in November 2019 but whilst it was stayed pending an appeal.

“Upon my appointment (February 5, 2020), I immediately took steps to freeze the assets of the Trust to prevent further dissipation of the assets and whilst proceedings were on foot for me to be appointed as Receiver and Manager of the Trust assets for the benefit of the creditors, which total approximately $200 Million,” he said.

It appears that Howell has received none of the $262,000 remuneration claimed in the liquidation so he’ll be likely heading to court seeking approval.

He may also be hoping Byrnes and Campbell-Wilson gain access to the trust assets so he has the option of enforcing his lien.

The trust assets, some of which have been repossessed by NAB and other lenders, include a 26 metre luxury motor yacht named “Fat Fish”, real property and motor vehicles including a Land Rover, a Maserati, a Bentley, a Ferrari and five Mercedes.

While NAB has got its hands on Fat Boy with some help from Slattery Asset Advisory and BMW has recovered all the cars except a 2009 Land Rover one item that remains unrecovered is a Patek Phillipe Nautilus wrist watch allegedly accepted as part of a $1 million plus deposit on a $4.5 million property subject to a sale contract entered into by the company before Howell’s appointment became effective.

In his May 4, 2020 report to creditors Howell reveals that Gu Junior allegedly spent the deposit, sold the watch for $70,000 and treated the proceeds as director’s fees.

Howell said the watch’s realisable secondhand value was between $250,000 and $300,000 and disclosed that he had reported the director’s conduct in respect of the watch and deposit to ASIC.

Given the Grant Thornton duo confirmed to iNO yesterday that they are not in funds, we’ll have to wait and see how they pursue such a vexed liquidation, given the very great influence wielded by closely related creditors.

With those proofs came the direction that Howell convene a meeting so creditors could consider a resolution that he be removed and replaced, but the replacements referred to were Danny Tony Vrkic and Daniel O’Brien of DV Recovery Management.

A related entity however which was also claiming in the liquidation contacted a Grant Thornton representative on February 24 and two days later Campbell-Wilson met with Richard Gu.

Less than a month later Gu Junior, in seeking legal advice, was referred to Ashurst.

By July 15 Dentons had also appeared on the scene and was requesting a consent from the GT duo.

Now they’ve been installed we’ll have to wait and see if the receivership application continues given the uncertainty around the funding agreement with CFA.

Jirsch partner Howell and his colleagues at the Jirsch partnership meanwhile can only hope his successors have more luck against the Gu’s than he did.

“The meeting was called by a group of creditors including the director’s mother and father who are both beneficiaries under the Trust Deed, previous employees (who are now employed by the new Trustee), the new Trustees current lawyers and accountants and some other creditors whom I believe received promises to vote for my replacement,” he said.

“I was informed by a number of creditors prior to the meeting that they had been offered immediate monetary payment if they agreed to vote for my removal and replacement.” Support INO’s continued chronicling of the insolvency sector.