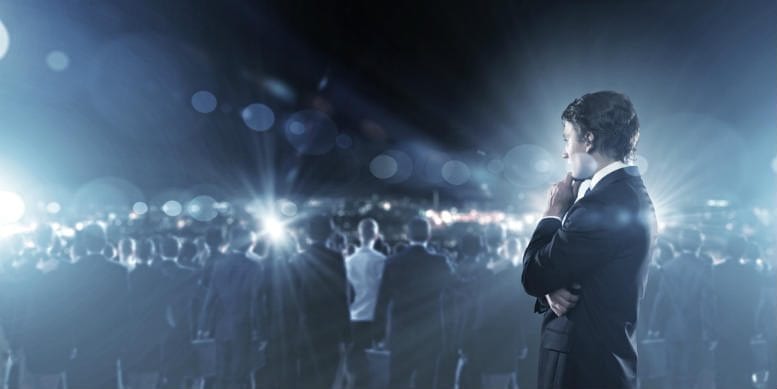 Internet forums are double edged swords when it comes to informing creditors.

UPDATE: This article contains material critical of Subbies United and the way it managed its website.

Material has since emerged demonstrating that Subbies United was administering its website in order to comply with:

The aims and actions of Subbies United are based around ensuring that subcontractors, who are as entitled as any other group of unsecured creditors, receive the maximum achievable return owed to them.

Subbies United believes that the problems facing the building and construction industry in Queensland will not change until a builder who is a company director and who deliberately defrauds creditors goes to gaol.

Subbies United also believes that relationships between pre-insolvency consultants and liquidators should be subjected to greater regulatory scrutiny.

Pre-insolvency advice is extremely damaging to subcontractors who are often unsecured creditors and have the most to lose. They are the industry’s whipping boys. These advisors openly offer asset protection in insolvency situations and ask “when else do you need asset protection? Those assets should be used to pay creditors.

Many liquidators are only interested in how much they can earn out of it. There are relationships between pre-insolvency advisors, liquidators and law firms that demonstrate very significant conflicts of interest which largely go unchallenged by the relevant authorities. I know of one liquidation where the law firm acting for the liquidator is also acting for the liquidating builder. What better example of an intolerable conflict does the Australian Securities and Investments Commission (ASIC) or the Office of the Legal Services Commissioner (OLSC) require?

Of course, some builders are faced with no choice but to liquidate when for example, a developer they are working for is insolvent.

But alternatively, criminal charges should be considered when the builder has;

When this is clearly done to defeat creditors, they have a criminal liability and it should then be referred from the QBCC to the police as fraud within the definition of Section 408C of the Criminal Code.

If a company’s accountant defrauded the company, the police would investigate then refer it to the Department of Public Prosecutions (DPP) who may well convict and quite possibly impose a custodial sentence, even for relatively small sums.

These sorts of activities occur regularly and they are effectively fraud and represent criminal activity on a grand scale. Other than bankruptcy and being excluded by the QBCC, there is no further punishment. The criminal’s crime has paid, and he or she gets to live off the hard work of subcontractors.

Nor is it only the sub-contractors themselves who suffer. Wives and partners are also affected and in cases that have recently come to the attention of Subbies United, are being targeted for intimidation. You can read about it at: Women in The Industry, The Silent Victims of Shonky Builders   Update ends.

In the case of Bloomer Constructions, the forum is operated by Subbies United.

Here on this unashamedly partisan platform, the details of Bloomer’s collapse and administration are debated by the other creditors, questions are asked and answers often given by unidentified moderators and the site’s controller or controllers have the power, if they choose to wield it, to influence the conversation and potentially even decision making when it comes time for creditors to vote.

To be a member of Subbies United you have to be a sub-contractor or have a certain occupation and you have to pay a subscription. On the face of it it looks like a good earner for its founder, who happens to be a creditor of Bloomer Constructions, a member of Bloomer’s Committee of Inspection and, according to the VAs report, would also be one of the very many suppliers likely to be fingered for a potential preference in the event Bloomer is placed into liquidation. No conflict to see here.

Membership to the site’s online forum costs $55 a year under a special promotion but the standard fee is $100 per annum. On the page detailing the forum’s terms and conditions it’s made clear “These forums are for subbies, tradespeople and contractors only.”

It also promises paying members “exclusive forum content and early warnings on construction industry companies that are struggling to pay their subbies” and proclaims that: “These forums are created and run by people within the building industry to give real information to protect subbies within Australia.”

Most laudable. But it’s impossible to describe the Subbies United forum as providing for fair, objective and balanced debate. The supporting reporting is unashamedly pro-Subbie and at times almost militant in tone. Lawyers are not always positively portrayed. And the forum’s restricted membership means many points of view, most of them certainly self-interested, but also well-informed, are excluded.

In its latest post on Bloomer, The David & Goliath battle continues.. the site maintains its unambiguous resistance to liquidation, openly citing a prospective liquidator’s appetite for preferences as the reason why creditors should vote instead for a contentious deed of company arrangement (DoCA) proposed by those behind Bloomer’s parent company, the ASX-listed but currently suspended and possibly insolvent Onterran.

In what is effectively a call for a mass turn out at today’s meeting of creditors, the latest Bloomer post even lists the email address of Atlas Gantt’s Rob Berry, who referred the Bloomer job to Jirsch Sutherland, as the appropriate destination for proxies in favour of the DoCA.

“Berry had initially been engaged to provide claims assessment and realisations advice but told SiN he withdrew from becoming the licensed builder of Bloomer Constructions due to what he views as the excessively onerous laws under the Queensland Building and Construction Commission Act (QBCC).

“I would be personally liable for six years under the statutory insurance scheme for any project that I was engaged to assess,” Berry said. “That means I would have to mitigate the claims of any Bloomer’s clients who identified defects over the next six years.”

Arnautovic and Devine have also recommended the DoCA in their initial report to creditors and in their supplementary report of June 20, a mammoth follow up forced out of them by one of two creditors seeking to have Bloomer Constructions wound up.

Those winding up applications were adjourned yesterday, meaning that at 11:00am today Bloomer’s creditors will descend on the Cliftons Conference Centre in Edwards Street, Brisbane.

On the face of it, the DoCA’s main problem is that the money for the deed fund will need to come from individuals and entities connected to Onterran.

Behind Onterran is major shareholder Kurrewa Holdings Pty Ltd behind which is one Pauline Bloomer, who owns 52.9 per cent of Kurrewa and is the company’s sole director and company secretary, though she’s only occupied that role since March 1, 2017.

Prior to that Kurrewa’s sole director was Wayne Bloomer, who is sole director of Bloomer Constructions and owner of 47.1 per cent of the shares of Kurrewa Holdings. According to the VA’s report, Bloomer has indicated he would declare himself bankrupt if the vote is for liquidation.

SiN is uncertain about how much of this detail has appeared in the Subbies United forum but regardless, today’s meeting will be attended by many whose decision making may well have been influenced to some extent by an online forum controlled by a creditor stridently opposed to liquidation. Arnautovic, who is chairing the meeting, will be hoping his casting vote’s not called upon.