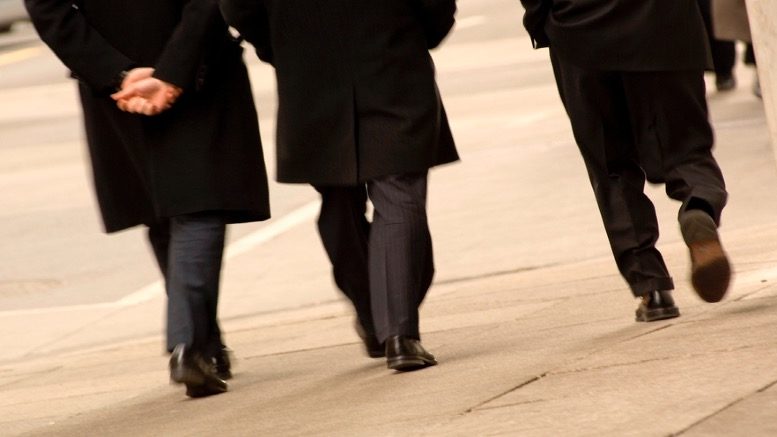 Sometime soon we should know whether an administrator trading on a business can claim a lien over funds generated from the sale – by receivers – of assets that were never the property of the company to which the administrators were appointed, and couldn’t be said to have been possessed, preserved and realised by the administrators exclusively for the benefit of all creditors.

Yes, tenterhooks indeed. And not only that, we should also soon know if the claimed lien reaches deep enough into the pots of money generated by the receivers’ asset sales to pay the remuneration of the administrators as they were then and their current and future remuneration in their capacities now as liquidators.

iNO says soon because the judge charged with resolving these questions – NSW Supreme Court’s chief justice in equity David Hammerschlag – yesterday told counsel representing the various parties in this matter that he expected to be well advanced in terms of his judgment by early next month.

Foremost of those parties for the purposes of this report are the former administrators and now liquidators of Atlas CTL Pty Ltd (Atlas), Richard Albarran, Richard Lawrence and John Vouris of Hall Chadwick.

According to the first of several DIRRIS lodged by the Hall Chadwick trio in this administration they were appointed voluntary administrators (VAs) of Atlas in October 19, 2019. They were also appointed VAs of related entity PJM Fleet Management Pty Ltd (PJM) around the same time.

12 days later on October 31, 2019 the appointing director entered into a deed of indemnity with the VAs by which he provided them with a $1 million indemnity “in relation to all trading costs, expenses and liabilities incurred by the Administrators in connection with the trading of the Company on and from the date of appointment.

“Pursuant to the Deed of Indemnity we have been provided with a caveat of the company’s property to secure the costs,” the VAs stated in DIRRI number 2 which became public on November 19, 2019.

Those trading costs involved continuing Atlas as a going concern while a buyer was sought. Atlas was in the business of truck and car rental. But it didn’t own a fleet. It leased the vehicles it rented out from PJM which in turn leased them from Volkswagen, Toyota, Nissan and BMW.

After the VAs were appointed various of the car companies appointed receivers who initially choose to do nothing while the VAs sought to get a sale away.

The court heard that the secured creditors were informed that lease liabilities and trading losses might be incurred.

It also heard that there was an offer $1.5 million for the Atlas business but it was never consummated and every available cent would have regardless been consumed by the VAs’ expenses and remuneration claims.

With no sale achieved the secured creditors instructed the various receivers to sell the vehicles.

Some of the funds raised were distributed, one pot of money remains intact but it’s all one to the Hall Chadwick trio, who have asserted a lien over the proceeds to cover more than $2 million in remuneration and expenses. The question is, are they entitled?

The secured creditors argued yesterday that they have no entitlement. The vehicles were never property of Atlas. They were leased to Atlas by PJM so there is no asset to which a lien can attach.

In hearing the various parties the judge also raised the issue of whether the administrators can argue that they acted reasonably in terms of preserving the vehicles when they were in fact running them down and exposing them to risk during the trade on period in a bid to preserve goodwill that ultimately proved worthless. Pressing questions indeed. Expect answers soon.