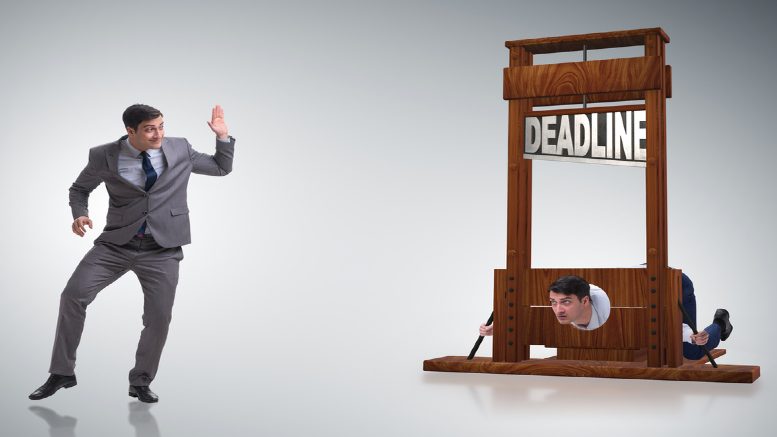 A recent decision of the NSW Supreme Court has highlighted why liquidators and their legal advisors need not think an absolute guillotine order precludes them from having a fresh crack, though in winning a motion to amend, liquidator Thomas Dawson has also copped an indemnity costs order for delay.

In Dawson as liquidator of J R Line and Safety Services Pty Ltd (in liq) v Alam [2020] NSWSC 1679 Justice Fabian Gleeson has this week detailed how DCL Advisory principal Dawson asked to be allowed to rely at a future hearing on an affidavit he affirmed on October 30, 2020, which was filed without leave after a guillotine order was made in the matter on July 27, 2020.

“The failure of the liquidator and his legal advisers to detect in a timely manner, and by no later than the time for service of his evidence in reply, the error relating to the liquidator’s evidence in chief, was in my view unreasonable conduct being a relevant delinquency justifying a special costs order.” Justice Fabian Gleeson.

At the hearing of his motion on Monday Dawson also sought leave to file an amended statement of claim.

Now given the defendant director Joseph Alam, 46 of Guilfdford West, NSW is being chased in relation to allegedly unreasonable director-related transactions – involving more than $700,000 in cash withdrawals via automatic teller machines (ATMs) between July 1, 2014 and August 26, 2016 – you can understand why his legal advisors howled prejudice.

“Counsel for the defendants objected to the liquidator seeking to rely upon additional evidence, describing the order made by Black J on 27 July 2020 as an “absolute” guillotine order,” Justice Fabian Gleeson observed.

“Counsel submitted that the defendants would be prejudiced by the new evidence having previously responded to the liquidator’s claim and attended mediation on 2 September 2020, now to be faced by an amended claim and new evidence relating to a substantial number of new transactions, albeit the total value of the claim had only marginally increased,” the judge said.

Fair enough, but as his honour explained, context is everything and in the circumstances relating to Dawson’s initial evidence, exceptions to the general rule could be entertained.

“In the present case, the proceedings have not yet been given a hearing date and the liquidator seeks to correct an error in his first affidavit of 8 May 2020, where the bank statements exhibited to that affidavit were only for the period 1 July 2015 to 30 September 2016, rather than, as should have been exhibited, the bank statements for the period 1 July 2014 to 30 September 2016,” Justioce Gleeson said.

“I accept the liquidator’s unchallenged evidence that this was a consequence of a purely administrative error. The further evidence sought to be relied upon by the liquidator in the form of bank statements of the company is evidence which it can be expected that Mr Alam would be familiar with as a director of the company.”

His honour however was mindful that the prejudice occasioned by his orders would not be illusory, and pinged Dawson with indemnity costs.

“I am satisfied that the prejudice to the defendants in terms of wasted time and costs will be appropriately addressed by making a costs order against the plaintiffs in relation to the costs thrown away by reason of the amended pleading and the liquidators’ motion to amend the pleading,” he said.

“The costs order will be on an indemnity basis, given the circumstances in which the liquidator has made application to amend the pleadings and to rely upon further evidence.

“This has resulted in unnecessary trouble and expense to the defendants in answering a case advanced by the liquidator on an evidentiary basis which has now changed.

“The failure of the liquidator and his legal advisers to detect in a timely manner, and by no later than the time for service of his evidence in reply, the error relating to the liquidator’s evidence in chief, was in my view unreasonable conduct being a relevant delinquency justifying a special costs order.”

So, a gain for the liquidator, but one achieved not without pain. So it was no guillotine, but what’s it matter the type of blade, if you still get the chop? Support INO’s continued chronicling of the insolvency sector.

Be the first to comment on "Guillotine evaded, but indemnity costs the price"