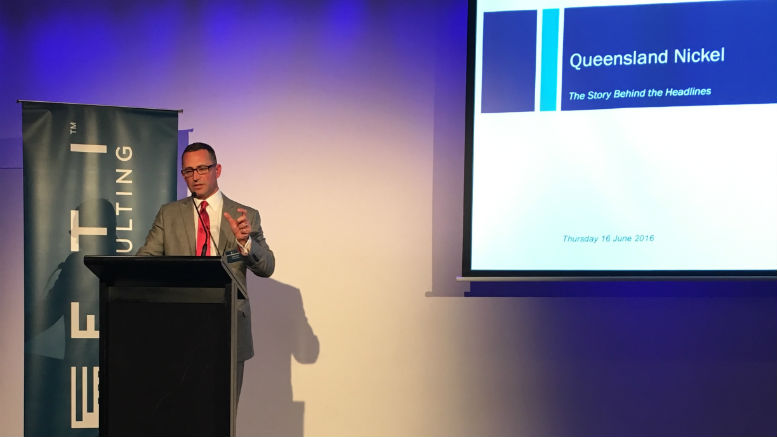 The Quayside Room atop the Museum of Contemporary Art was abuzz last night as various FTI Consulting bigwigs, staff and clients gathered to hear Australian restructuring chief John Park discuss the peculiarities associated with being liquidator of Queensland Nickel.

Regrettably Park’s talk – largely the same as the one he gave at the ARITA National Conference last month – was delivered according to the infernal Chatham House Rule. No details can be divulged. No sense of what it’s like dealing with the Yabulu Refinery’s owner, Clive Palmer. While the event was billed as: “Queensland Nickel: The Story behind the headlines”, SiN can decently report not a damn word.

So we glowered through the evening, chatting with various FTI personnel and the odd banker and visiting our frustrations upon a succession of coconut crusted prawns and grilled chicken, ubiquitously skewered. While Sydney’s Vivid festival flared in the night outside, Park slayed ’em in the aisles with anecdotes about an appointment he described as unlike anything he’s experienced in 24 years.