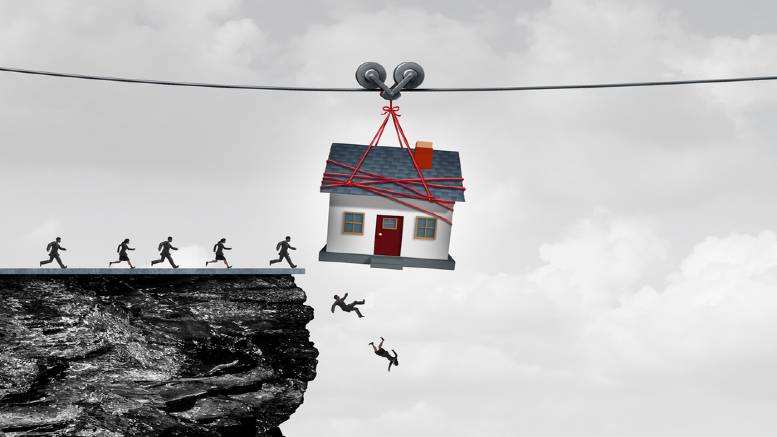 A judge has suggested liquidators and former partners of Ferrier Hodgson demonstrated one of the last desirable characteristics in those responsible for administering insolvent entities – they were too trusting.

In Combined Property Holdings Pty Ltd v Galea & Ors [2020] QSC 338 Justice James Henry of the Supreme Court of Queensland in Cairns recounts how Robyn Duggan and Max Donnelly – now with KPMG – concluded that a transaction that saw land transferred from the company to which they were appointed to Combined Property Holdings (CPH) for nil consideration wasn’t uncommercial.

The pair were appointed voluntary administrators (VAs) of Stony Creek Pty Ltd in 2012 by its sole director and former bookie, Geoffrey Vance Landrey as the Australian Tax Office (ATO) closed in.

Landrey is also the sole director of CPH and is currently suing his former lawyers for negligence in so far as they allegedly failed to tell him to register certain mortgages over property forming part of a residential subdivision at Edmonton, south of Cairns.

Landrey is simultaneously facing 20 criminal charges in the NSW Local Court, where he’s accused of using “false, backdated purported versions of eleven such “mortgages” to advantage CPH. He has yet to enter a plea and the matter returns to the Parramatta Local Court on December 17.

The land transfer from Stony Creek to CPH and issuance of mortgages purporting to preserve the equitable interest of various investors in that land took place just prior to Duggan and Donnelly’s appointment as VAs of Stony Creek in December 2012.

In a report to creditors the then liquidators said: “Whilst the effect of the transfer to CPH resulted in no payment of funds to Stony Creek, having regard to the debt due to the investors, we do not consider that the transaction was uncommercial having regard to the provisions of Section 588FB of the Act.”

But in determining a security for costs application this month lodged by Landrey’s former lawyers, Justice Henry suggested the Ferrier Hodgson duo had been too willing to accept the documents at face value.

“That conclusion may, in hindsight, have been a credulous one for it was evidently founded upon the legitimacy of the investor’s pre-existing mortgages with Stony Creek,” Justice Henry said in his judgment delivered earlier this month.

“The aforementioned prosecution case against Mr Landrey is that he used falsified, backdated mortgages to induce the liquidator of Stony Creek to believe they were genuine.”

In 2016 Duggan and Donnelly resigned as liquidators of Stony Creek on the application in the Federal Court of the Deputy Commissioner of Taxation (DCoT).

RSM’s David Kerr replaced them but once the new creditors’ powers under Section 90-35(1)(b) of Schedule 2 came into effect he was jettisoned in 2018 in favour SV Partners‘ David Stimpson. Next! Support INO’s continued chronicling of the insolvency sector.