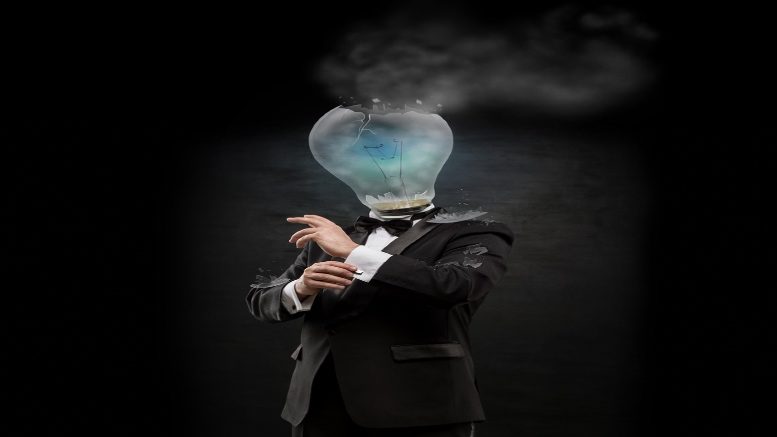 There are so many elements to the Modscape Pty Ltd saga that it’s difficult to know which strand to yank first but in homage to our abyssal tabloid instincts iNO will commence with the most recent, involving a former liquidator of the company whose fees and costs are under review.

That review has been brought by Modscape’s directors making application in the Federal Court.

Yesterday their counsel Ben Murphy of Aickin Chambers described the $150,000 in costs being claimed by defendant Michael Caspaney of Menzies Advisory as “unbelievable”, and he wasn’t applying that adjective in the diminutive.

He was however following in the footsteps of others who at various times have, on behalf of Modscape, denounced the fees generated and the costs incurred by either Caspaney or other insolvency practitioners (IP) who’ve agreed to engagements or appointments in relation to the builder, which currently goes by the name ACN 122 909 040 Pty Ltd.

Preeminent among Caspaney’s IP predecessors are Cor Cordis duo Rachel Burdett-Baker and Barry Wight, who came aboard as administrators of the company upon the invitation of director Stefan Seketa in October 2018.

Wight already had a degree of familiarity with the company’s affairs having undertaken a business review of the company for the Commonwealth Bank of Australia (CBA) in March 2017.

About a year later Cor Cordis assisted related entity Modscape Residential Pty Ltd with steps it was required to complete to obtain builder’s warranty coverage in NSW. In between those two assignments the directors also restructured the group.

At the second meeting of creditors in November 2018 all was relatively rosy. Burdett-Baker chaired. Creditors were advised the VAs intended to adjourn for up to 45 days to allow the director’s DoCA to adequately ferment. All remuneration resolutions were approved unanimously.

Much can happen betwixt adjournment and reconvention. When creditors were recalled just before Christmas 2018 to decided whether to wind up Modscape or entrust it to a deed the Cor Cordis pair, who had recommended liquidation, found that the directors were so confident the DoCA would get up that they had obtained a consent from an alternative IP to act as deed administrator.

The Minutes of the meeting indicate that Modscape’s accountant, one Paul Gronsbell-Luntz of Luntz & Co, had procured the services of Magnetic Insolvency’s Peter Goodin to take on the deed administrator role.

According to iNO’s sources, major creditor C&L International Pty Ltd was implacably opposed to the DoCA and, represented by Gaden’s Bob Hinton, challenged the meeting outcome in court.

The presiding judge declared that the company should be wound up but declined to appoint either the applicants’ nominee or directors’ pick Goodin. Harking back to days of yore the judge called for the list. Caspaney’s name was on top.

Appointed in early 2019 Caspaney got busy, disclaiming a range of assets, something that would come back to haunt him when the directors later commenced proceedings in relation to those disclamations. He also identified claims worth assigning and garnered interest from a litigation funder.

Whilst such diligence might be thought praiseworthy the directors were apparently unconvinced. Late in 2019 Caspaney was required to convene a meeting so creditors could vote on a resolution to replace him. Goodin was the nominee. The DoCA that a court had refused to endorse was the endgame.

The Minutes of that meeting on December 17, 2019 are most notable for the exchanges of pleasantries between Luntz and Hinton, with the former insisting that matters that were sub-juice not be discussed and the latter reminding the former that the chair was running the meeting.

Caspaney for his part told the meeting that while he had no problem being replaced by Goodin, he was concerned that the judge who had installed him had rejected Goodin.

Nevertheless the Nunawading native was installed and in November 2020 he convened a meeting to vote on a resolution that he be appointed administrator.

The Minutes of that meeting illustrate how each of Modscape’s interactions with Goodin’s predecessors has created a friction point.

“Mr Hinton asked if Mr Luntz could provide more clarity and Mr Luntz explained that in the event that Cor Cordis and Mr Caspaney were to seek Court approval for their fees, which fees were not and will not be approved by creditors, then it is certain that a challenge to their prior fees and costs charged, which he believed were outrageous, would be made,” the Minutes said.

“He (Luntz) stated further that if any of their prior fees overcharged were recovered, then any surplus from that recovery after paying Mr Goodin’s fees and costs associated with recovery would be available for creditors in the DOCA.”

Luntz also objected to there formation off a Committee of Inspection and demanded that Cor Cordis supervisor Mitchell Moon, who’d dialled in as an observer, be excluded.

iNO’s mail is that Wight and Burdett-Baker ultimately settled in respect of monies they were owed for work that had to be performed after they were ousted.

Agreement however has yet to break out between Modscape’s controllers and Caspaney in respect of his “unbelievable” costs claims, much of which was incurred defending the disclaimer proceedings. But hope springs eternal.