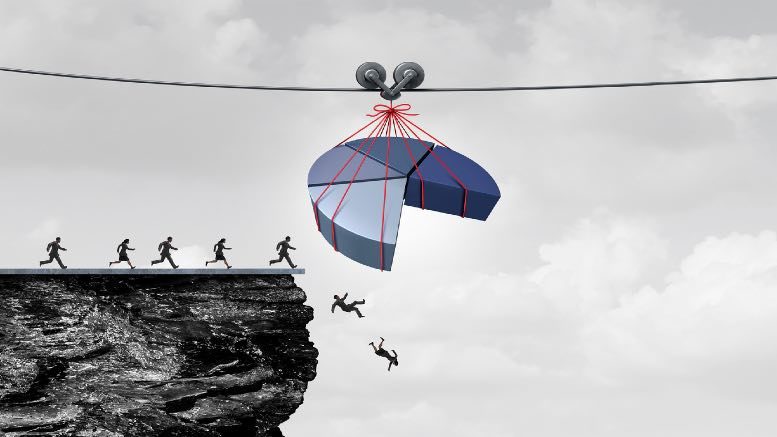 The Sivaa Consulting insolvency statistics compilation for FY to June 30 2021 is out and as can be expected, it was far from an ordinary or provident year for insolvency practitioners, who can only hope that the metrics contained within also represent the very nadir of the profession’s annus horribilis?

Of all the numbers crunched and totals arrived at, nothing better illustrates how the measures imposed to support businesses during pandemic lockdowns have retarded work flow better than the comparison of total files held in this most recent year when compared to the same tabulation for FY 2020.

Worrells was the top firm nationally by sheer volume of appointments alone in FY 2020, with 757 files.

In the financial year just gone Worrells was still ranked top by number with 391 files, a decline of almost 50 per cent.

The relative value of each file and their subsequent profitability is of course impossible to determine without firms releasing that information themselves.

But the statistics do provide a useful guide in respect of where work is concentrated and who is winning it, irrespective of whether the effort expended in winning that work is adequately remunerated or not.

For the full comparison in respect of the top 20 firms by volume of appointments see the tables immediately above and below.

As can be seen from the tables for top work winners nationally in FY 2021 compared to FY 2020, many of the names haven’t changed. What has changed is the amount of work being won.

Report author Tony Sivaa said FY 2021 had been the lowest on record in terms of appointments, with some prominent firms seeing declines in work flow of up to 60 per cent.

(KordaMentha will be thankful that Craig Shepard won Grocon.)

But while work flows have shrivelled the number of authorised appointment takers reversed a trend of thinning ranks that had held sway since 2011, with 15 new registered liquidators in 2021 lifting the total from 631 last year to 646.

As usual the overwhelming majority of work was generated in the three big eastern states and among those three NSW dominated.

Top appointment takers is another measure that can be skewed when a practitioner consents to being appointed to a large corporate group. Craig Shepard’s appointment as voluntary administrator of Grocon is a good example.

Depending on whether the constrained environment persists into 2022, the McGrathNicol trio of Jason Preston, Jason Ireland and Kathy Sozou may well make an appearance among the ranks of top appointment takers after their appointments to the Forum Group of Companies.

The Sivaa report also includes detailed breakdowns of appointments and appointment types and other relevant insolvency data on a state by state basis and is prefaced with a forward from ARITA chief executive officer John Winter. To obtain your copy click: FY21 Insolvency Analytics Report