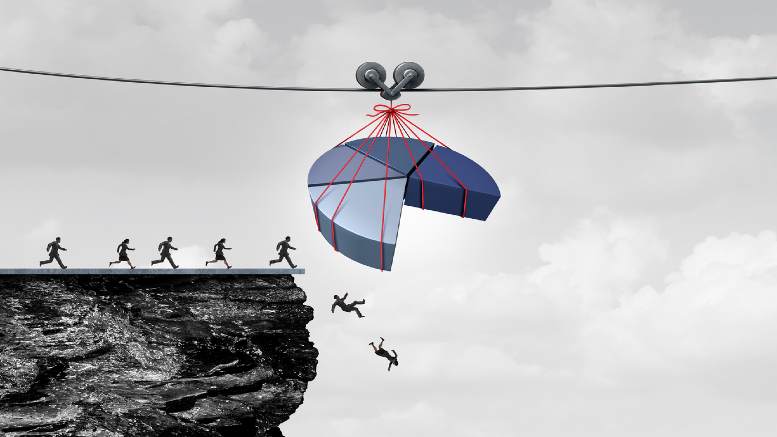 Former Jirsch Sutherland partner Amanda Young allegedly tricked her brother into signing cheques drawn on a liquidation account then deposited the funds into three of her personal credit card accounts, a disciplinary committee has found.

Young allegedly deceived her older brother, Jirsch Sutherland partner Sule Arnautovic, by presenting him with multiple cheques to sign in his capacity as liquidator of the St Gregory’s Armenian School Inc in late 2018.

The deception however only came about after a letter she wrote to the Commonwealth Bank containing Arnautovic’s electronic signature and instructions to make the three payments to the credit card accounts was refused.

Young allegedly drew up the cheques on the St Gregory’s liquidation bank account and arranged for Arnautovic to sign them.

Once the cheques had been signed Young deposited them into the three personal credit card accounts and instructed another Jirsch staff member to record the payments as dividends.

“The committee is also satisfied that Ms Young made considerable efforts to deceive a bank and her colleagues at Jirsch Sutherland, including her brother, Sule Arnautovic, in order to obtain these payments and about the purpose for which the payments were to be made, and to conceal what she had done,” the Committee said.

The Committee quoted Young as explaining that: “it was money I believe Jirsch Sutherland owed me and it was not intended for creditors”.

The extraordinary revelations are contained in the Report of committee convened to make a disciplinary decision about Amanda Young, a registered liquidator which was made public on Monday, almost three weeks after the Committee concluded its deliberations on June 3. iNO does not assert that the Committee’s findings are true.

When contacted this week Young told iNO that she had been “advised not to comment at this time”.

She left Jirsch Sutherland in December 2018 after alleged irregularities involving three companies and an incorporated association, all in liquidation, were uncovered.

In a statement on December 18, 2018 Jirsch Sutherland said: “The balance of $193,502.23 has been reimbursed into the subject liquidation accounts by the Jirsch Sutherland partnership pending any further recoveries from Amanda Young.”

iNO sought comment from Jirsch Sutherland managing partner Bradd Morelli in respect of any such recovery action. No reply was forthcoming prior to our publication deadline.

“It is contended on Ms Young’s behalf by her solicitor that she has ongoing health problems and that she was experiencing domestic, financial and professional stress at the time of her misconduct,” the Committee said.

“These problems are not identified or particularised and, on the information available to the committee, would not tend to justify or explain Ms Young’s behaviour.”

Finding Young was not a fit and proper person, the Committee ordered her liquidator’s registration be cancelled.

It did not however order that a condition be imposed on the license of every registered liquidator under Section 40-55(1)(g) requiring them to police Young’s conduct in the event they subsequently offered her employment.

iNO readers may recall that such a condition was imposed on registered liquidators following the guilty plea of ex-PPB Advisory partner David Leigh, who was sentenced in May 2019 to a minimum 22 months in prison after confessing to misappropriating almost $800,000.

An ASIC spokeswoman said the regulator couldn’t comment on a ruling “that is not ASIC’s decision”, despite the fact that an ASIC delegate always chairs such committees. Support INO’s continued chronicling of the insolvency sector.