After leaving Jirsch Sutherland late last year John Kukulovski has surfaced in the middle of the Condor Blanco fiasco. 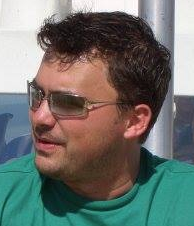 When Domenic Calabretta learned this week that he had never been validly appointed as voluntary administrator (VA) to the scandal-plagued Condor Blanco Mines, the focus was rightly fixed upon the Mackay Goodwin director, whose invalid appointment had taken place in circumstances which might generously be described as irregular. (Decide for yourself how irregular: Calabretta Victim Of The Curse Of Condor Blanco)

With a few gigalitres under the bridge, it’s only proper that SiN now turns to the role of theother registered liquidator involved in this unfortunate affair, ex-Jirsch Sutherland partner John Kukulovski.

It seems that since leaving Jirsch’s Melbourne partnership late last year Kukulovski has taken on the role of business advisor for an outfit called Strathmores. The firm, which operates out of unprepossessing offices in a northern Brisbane suburb, boasts a slick website detailing its experience in business advisory, capital raising and debt recovery.

During a two day hearing of the application to have Calabretta’s appointment nullified, he was quizzed at length about his relationship with Kukulovski by counsel for Condor Blanco’s new board of directors.

He admitted knowing Kukulovski but insisted they were not close. They had worked together at Hall Chadwick a decade ago and sometimes met at insolvency industry events, he told the court.

Yes he conceded, they were friends on Facebook but he had many Facebook friends. SiN checked Kukulovski’s page to confirm the link and found that he is also Facebook friends with Andrew Ngo. Ngo is also ex-Jirsch Sutherland and currently a partner at Calabretta’s firm Mackay Goodwin.

Kukulovski was allegedly going to assist by organising a takeover of Victorian firm Clean Energy Group Pty Ltd. That was to be facilitated via a deed of company arrangement (DoCA), to be proposed by Darby or members of what the court heard described as the “Darby faction”, which included Glen Darby’s sister Lia Darby.

All this was put to Calabretta during his cross examination but he rejected the proposition that he knew, or should have known that his appointment might have been for an improper purpose.

Q. “Isn’t it obvious to you that Mr Kukulovski was there to assist Mr Darby in putting together a proposal to take control of this company through a DOCA?” counsel for the applicant shareholder David Smallbone asked.

A. “No, it was not obvious to me,” Calabretta replied. It should be noted that when acting Supreme Court Justice Reg Barrett handed down judgment on August 30, he largely agreed with Calabretta. (See: In the matter of Condor Blanco Mines Ltd [2016] NSWSC 1196)

Kukulovski did not respond to requests for comment prior to publication and how he became involved has yet to be made clear.

According to Calabretta’s Declaration of Independence, Relevant Relationships and Indemnities (DIRRI), the first inkling he had that a VA was in the offing was when he was contacted late in the morning of July 4 by Brisbane lawyer David Sorban, principal of DSS Law. One of Strathmores directors, Luke Eli Serhan, holds a modest stake in Strathmores through Lelis Pty Ltd. The registered address of Lelis Pty Ltd is Level 13, 110 Mary Street Brisbane, which is the address of DSS Lawyers.

“Mr Sorban was requested to refer one of the directors, Mr Glen Darby, to an insolvency practitioner in Sydney through a mutual contact of Mr Darby and Mr Sorban, being Damian Pallett,” Calabretta said in his DIRRI. But Calabrettta received a second phone call almost simultaneously.

“On July 4 John Kukulovski of Strathmores Capital also contacted me advising that he would be meeting Glen Darby. There were no discussions regarding the company in this telephone conversation as Mr Kukulovski did not have any information at this stage as he had no prior dealings or meetings with any directors,” Calabretta declared.

One might wonder what else they talked about once the bald fact that Kukulovski was meeting with Darby had been conveyed. One might also wonder why Kukulovski, as a registered liquidator, wasn’t accepting the appointment for himself and Strathmores.

Calabretta speculated when asked this question that it might have something to with the nature of Kukulovski’s new firm.

Q. Did you ask Mr Kukulovski why aren’t you doing this one?

Q. Did you ask Mr Kukulovski why he wasn’t taking this administration?

Q. What was his answer?

A. He is no longer at Jirsch Sutherland.

A. At Jirsch Sutherland, his last firm.

Q. Why would that prevent him?

A. I don’t know, I haven’t gone into that detail with him so I would imagine that his new firm isn’t taking on appointments,” Calabretta said.

And so it went. You’d think that the ruling Calabretta’s appointment was never valid might constitute an end to the serious proceedings. Not a bit. The applicants want Calabretta to pay his costs and theirs from his own pocket. Calabretta envisages a very different outcome. Barring some resolution over the weekend, swords will be crossed again early next week.