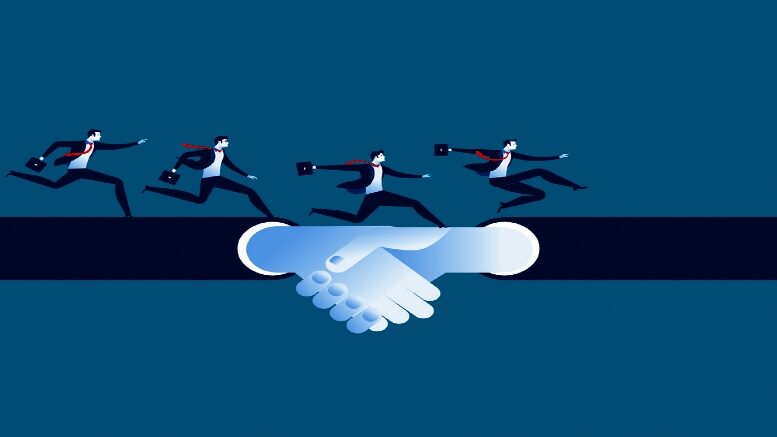 When a company owes the ATO $5 million and would have had an opportunity to pay it but for a settlement that saw it forgo $5 million of $8 million it was owed well, you have to wonder if the professionals engaged to advise on the deal were granted full access to all the facts?

“Based on records of ASIC it would appear the Companies and other entities Mr. Henderson was involved in effectively “recycled” individual labourers via the use of labour hire and other service entities for the benefit of “end-user” customers, related party entities and advisors to those entities.” John McInerney and Phil Campbell-Wilson, Grant Thornton.

It was Henderson’s second time in the witness box in respect of the Robust entities, which are among scores of entities Robust liquidators John McInerney and Phil Campbell-Wilson have identified as having been either directly or indirectly associated with Henderson prior to their being placed into voluntary administration (VA).

The liquidators however have been careful to state in their reports into Robust that they make no suggestion of wrongdoing.

They have however stated their view in relation to related liquidations that they suspect Henderson may have been involved in breaches of Section 180 of the Corporations Act.

According to the Robust liquidators’ statutory report of November 15, 2019: “On 19 June 2019 (prior to the commencement of the administration), a Deed of Settlement and Release (Deed) was executed by Robust and Titan Cranes, which indicated that Robust agreed to receive $3,000,000 (Settlement Amount) in full and final satisfaction of the $8,175,178 owed.”

Much of Heinz’s questioning of Henderson, who is an undischarged bankrupt, centred on the circumstances surrounding issuance by Robust of the demand for payment and subsequent settlement.

He asked Henderson if he remembered instructing law firm Piper Alderman to issue the demand on behalf of Robust to its customer, Titan Cranes & Rigging.

Prefacing his response with the word “privilege”, Henderson said he couldn’t recall who instructed Piper Alderman to issue the demand.

It was an odd situation. Piper Alderman partner Thomas Russell, who has previously represented Henderson’s interests at meetings of Robusts’ creditors, was sitting beside Heinz at the bar table in his capacity as Henderson’s representative.

The court then heard that prior to the issuance of the demand Russell had been introduced to Humberto “Jim” Cravero and Bernard Kelly, two senior staff of Titan Cranes.

Heinz asked Henderson if he thought that it was unusual that the lawyer issuing the demand would be introduced to the intended recipients? Henderson couldn’t say.

iNO sought comment from Russell but no response was received prior to publication. iNO makes no suggestion of wrongdoing.

Henderson was then asked if he knew who from Titan Cranes had instructed Hegarty Legal, the law firm that acted for Titan in respect of the demand dispute. Henderson couldn’t recall.

What’s also remarkable however is the speed with which Robust and Titan resolved their dispute.

According to the Robust liquidators’ report of November 2019 between “15 February 2019 and 12 April 2019, Robust provided labour services to Titan Cranes, for which invoices totalling $8,175,178 were raised.”

That means the demand was issued mid-April at the earliest. Yet by mid-June – two months at most – the parties had agreed on a compromise that left the issuer of the demand bordering on insolvency while the debtor dodged a $5 million wages bill.

iNO has previously reported on how after being familiarised with concerns held by the ATO – which is the largest unsecured creditor in the collapse of Robust and myriad related entities – Arnautovic and Devine voluntary relinquished their appointments at the second meeting of creditors held on August 16, 2019.

The examinations continue today from 11:00am.