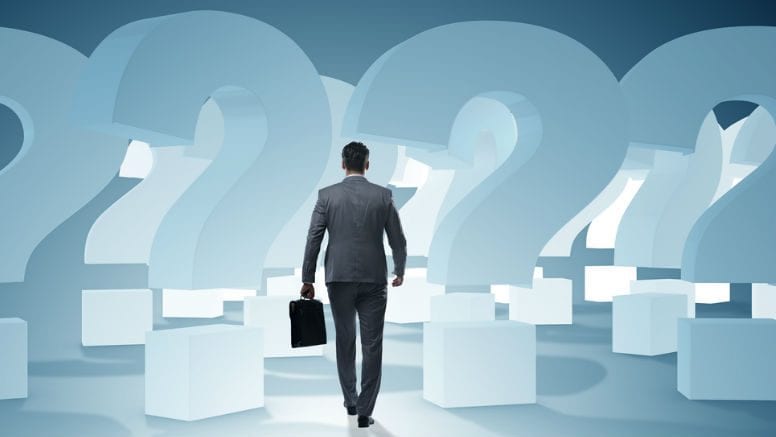 When it rains it pours the saying goes and it’s certainly bucketing down in the vicinity of David Nicholas Iannuzzi.

As reported previously, the embattled insolvency practitioner is awaiting a judge’s ruling on orders which could see his registration as a liquidator cancelled.

Those orders – to which Iannuzzi has consented – also allow for the imposition of a ban preventing the Veritas Advisory principal from reapplying for registration for a period of 10 years, or for some other period of restraint that the court sees fit to impose.

Further it’s likely the orders will also include a requirement for ASIC to place a condition on all Registered Liquidators licenses preventing them from employing Iannuzzi in any role in which he acts as agent for a registered liquidator or performs the functions of such.

Finally, and as an aside we can also report that on May 31, 2019 Iannuzzi was referred by ASIC to a disciplinary committee under Schedule 2 of the Insolvency Practice Rules after being issued with a Show Cause Notice.

If there is a dry spot amid this downpour it is that if Federal Court judge Angus Stewart approves the consent orders then Iannuzzi will be spared the ordeal of a three day cross examination.

Acting for the Commissioner of Taxation (CoT) which brought the application for an inquiry and a 10 year ban back in 2017, Sydney Silk David McLure SC has been preparing to question Iannuzzi and others about multiple liquidations conducted by Iannuzzi following referrals from Kogarah-based Banq Accountants & Advisors, which is itself being wound up after a court appointed Deloitte’s David Mansfield and Neil Cussen on the application of the CoT.

That examination won’t proceed if Justice Stewart approves the orders.

But on Monday orders made in The Matter of Stacey Apartments Pty Ltd (In Liquidation) ACN 600 480 699 & Ors could see Iannuzzi end up being grilled in a witness box nonetheless.

Iannuzzi had the misfortune to act as voluntary administrator (VA) of Southern Cross Estate Developers Pty Ltd (SCED), one of a number of companies the court heard is part of the Merhis Group.

Marcus Pesman SC for applicant liquidator Stephen Hathway told the court the western Sydney construction firm owes the tax office more than $25 million and Hathway, who is already liquidator of a number of Merhis Group entities, was seeking the court’s approval to become liquidator of SCED.

SCED was deregistered by Iannuzzi back in February 2018 after the effectuation of a deed of company arrangement (DoCA).

That DoCA provided some $250,000 for participating creditors but at the time creditors voted on the proposal in 2015, the tax office, which was owed $3.4 million, had opposed the deed.

If Iannuzzi as VA hadn’t admitted a related party proof of debt for $4 million the resolution in support of the DoCA almost certainly would’ve been lost.

Pesman told the court that no evidence had been presented to demonstrate the validity of the $4 million proof.

Similarly, Pesman said his client had not been presented with any evidence to support a claim that the transfer of 32 apartments out of SCED prior to Iannuzzi’s appointment had been at the instructions of secured creditor NAB.

The court approved the orders sought, which included reinstatement of SCED by ASIC, the setting aside of the DoCA and the appointment of Hathway and Helm’s Philip Hosking as liquidators.

With funds in hand the Helm pair will now haul in directors and possibly Iannuzzi for public examinations about that debt proof among other things.

In addition to giving Hathway the last piece of the puzzle he needed before commencing the examinations, the orders made on Monday also pave the way for O’Brien Palmer’s Chris Palmer and Liam Bailey – as liquidators of several other Merhis group entities – to get involved.

“I confirm that I met with Stephen (Hathway) this morning in relation to this matter,” Bailey said yesterday.

“Following from that meeting, I anticipate working collegially with Stephen to investigate the potential detriment to creditors incurred as a result of the management of Sidway Constructions and the benefit that may have been accrued by related parties at creditors expense.

“If appropriate, I will, as liquidator of Sidway Constructions Pty Ltd, join with Mr Hathaway as a supporting creditor to achieve positive commercial outcomes for creditors generally,” Bailey said. Please take a moment to support INO’s continued chronicling of the insolvency sector.