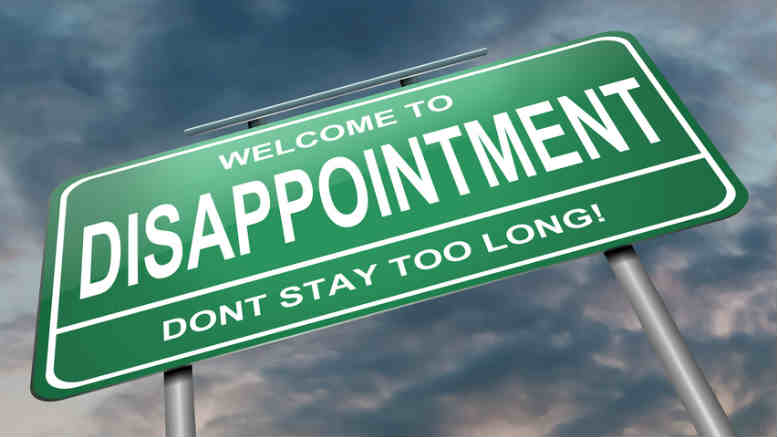 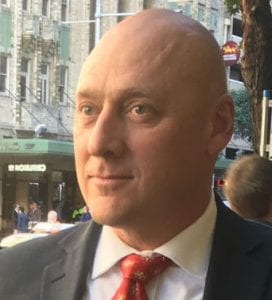 Department of Employment’s head of Recovery and Litigation, Henry Carr.

These days the term Disruption brings to mind new digital-based business models, demolishing the foundations of commerce with fiendishly clever and wholly amoral algorithms – but as the proceedings launched recently by the Department of Employment (DoE) against McGrathNicol demonstrate, disruption can be about new law, and the will to execute.

Late last month the DoE filed a statement of claim in the Federal Court alleging breaches of duty and contraventions of the Corporations Act by McGrathNicol’s Peter Anderson, Matthew Caddy, Jason Preston and now ex-McGrathNicol partner Joe Hayes in relation to almost $3 million in employee entitlements advanced to the foursome in their capacity as receiver managers of Hastie Services Pty Ltd by the DoE-administered Fair Entitlements Guarantee Scheme (FEG).

The DoE claims it has a priority right under section 560 to be repaid the advances, given the receivers realised more than $50 million from Hastie Services’ pre-appointment assets. But Anderson told SiN this morning that he and the other partners were disappointed by the DoE’s action.

“Everything we have done is consistent with longstanding insolvency statute and common law precedent,” he said, adding that the receivers’ treatment of Hastie Services’ assets is backed up by the findings in Amerind Pty Ltd (receivers and managers apptd) (in liq) [2017] VSC 127 (23 March 2017).

“Our view, strongly supported by legal advice from several sources, is that we have done everything right with respect to our interaction with FEG including the payment of monies,” he said.

Hastie Services was one of almost 60 companies in the Hastie Group, which was placed into voluntary administration (VA) on May 28, 2012.

Most of the group fell under the control of PPB Advisory’s Craig Crosbie, Ian Carson and David McEvoy as VAs but four businesses supported by a 20 member consortium of secured lenders – Hastie Services, Spectrum Fire and Safety, Gordon Brothers Industries and Austral Refrigeration – were taken over by the receivers.

On January 30, 2013 Hastie Group creditors resolved to wind up the companies in VA and appointed the PPB trio as liquidators. According to the DoE’s statement of claim, between May of 2013 and September 2014 a total of $2,934,284.20 was advanced to the receivers in respect of outstanding employee entitlements Hastie Services owed to eligible employees who had made claims against the FEG scheme.

At the time the receivers were appointed Anderson said: “We do not expect to make any significant structural changes to the businesses or their workforces,” adding that he and his co-receivers would continued to trade the quartette of companies on a business-as-usual basis whilst preparing them for sale.

According to the statement of claim, the receivers realised $51.16 million from Hastie Services’ pre-appointment, circulating assets, being $40.73 million in debtors, $420,000 worth of inventory and $10.01 million in work in progress (WIP). This, the DoE states, was enough to ensure its advances could be repaid.

“The net proceeds coming into the hands of the Defendants derived from the realisation of the Pre-appointment circulating assets, after allowing for the Defendants’ reasonable costs, expenses and remuneration incurred in the care, preservation and realisation of the pre-appointment circulating assets, was sufficient to pay the Plaintiff the sum of $2,934,284.20,” the DoE said.

“…. accordingly, the Defendants were (and are) obliged by sub-section 433(3) of the Corporations Act to pay the Plaintiff the sum of $2,934,284.20, being an amount equal to the FEG advances …… The Defendants have not paid any amount to the Plaintiff”.

So there it is. Section 433(3), back at the heart of another dispute between Henry Carr – the DoE’s head of litigation and recovery – and receivers, who traditionally have diverted the proceeds from circulating assets back to their appointors. And why?

Because the introduction of the Personal Property Securities Act (PPSA) 2009 transformed the landscape for appointees and their appointors by replacing the concept of the fixed and floating charge with a security interest over a company’s all present and after-acquired property.

Back in 2015 – the same year incidentally that the McGrathNicol foursome retired from Hastie Services after concluding their receivership – Carr told SiN he would be examining appointments to ensure receivers and controllers fulfil their statutory duty to pay employee entitlements out of floating charge assets, before paying proceeds of the secured property to their appointer.

“In circumstances of a breach of their statutory duties, the receiver/controller may be personally liable to pay damages; or the bank that had knowledge that certain preferential creditors remained unpaid, may be found to hold the proceeds of the charged assets on constructive trust for the Commonwealth,” he said. Apparently where there’s a Carr, there’s a way.

FEG Chief Open To The “Honourable Trade On”