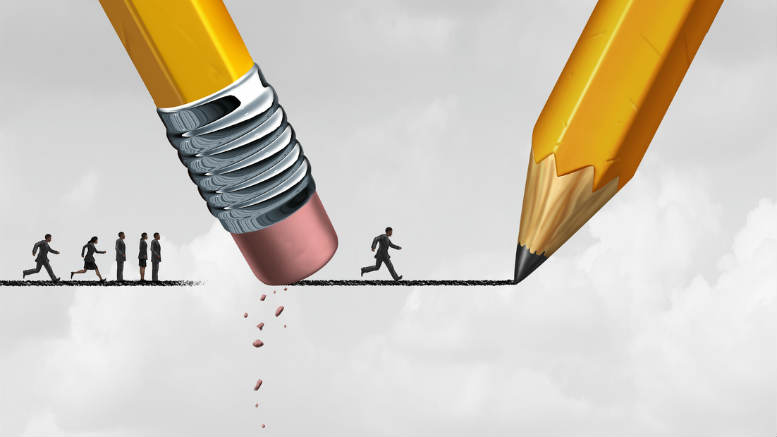 Victorian practitioners Andrew Schwarz and Ben Conrad are in the middle of an administration that will likely evolve into one of those stories liquidators tell each other about the joys of material omissions, and being caught between difficult directors and obstreperous creditors.

The yarn – as told in MCCA Asset Management Ltd v Kamata Homes Pty Ltd (admins apptd) [2019] VSC 742 (15 November 2019) – kicks off with the AS Advisory pair being appointed voluntary administrators (VAs) of residential builder Kamata Homes Pty Ltd back on May 21, 2019.

A few days ahead of an impending June 26 meeting Schwarz and Conrad circulated to Kamata’s 250-odd creditors a proposal for a deed of company arrangement (DoCA) to be underwritten by Kamata’s director Hisham Khartabil of Greenvale, a suburb adjoining Melbourne’s Tullamarine airport.

A feature of Kharatabil’s proposed $1 million contribution to the DoCA was that the funds would be secured against various real property assets he controlled through various related entities.

What Schwarz and Conrad didn’t know at the time they provided creditors with the information was that those same real property assets were either already sold or on the market.

At the subsequent meeting on June 26 a sufficient number of creditors controlling enough of the debt to matter voted in favour of the DoCA and Schwarz and Conrad were appointed deed administrators.

Meanwhile, major creditor and Sharia-compliant Islamic finance provider MCCA Asset Management had commenced proceedings seeking to restrain the administrators or anyone else from giving effect to the DoCA until its claims had been determined by the court.

On July 26 Justice McDonald subsequently found that: “There is a serious issue to be tried that the failure to inform creditors at the 26 June 2019 meeting that the companies providing the security for the director’s $1 million contribution were either, at that time, in the process of, or soon thereafter to be in the process of, selling almost the entirety of their property portfolios, was a material omission impacting upon the approval of the DOCA.”

He also stressed that whilst Schwarz and Conrad have consistently recommended that the DoCA provides a superior return to creditors that should in no way be viewed adversely.

” … for the sake of completeness, it should be recorded that nothing in this judgment should be taken to be a criticism of the conduct of the Administrators,” he said.

“To the contrary, the evidence before the Court supports a finding that at all material times the Administrators have acted appropriately and in the best interests of creditors.”

When the parties came back before the judge in August he proposed that the administrators convene a further meeting, to in essence hold the vote on the DoCA again, this time with creditors appropriately informed about the sale of the properties which had been offered as securities for the director’s deed fund contribution.

At the time the VAs told the judge their investigations had revealed the possibility of potential unfair preference and insolvent trading claims against Khartabil and he instructed them to also include details of those potential claims in their report ahead of the further meeting.

This meant that a new circular – minus any material omission – had to be assembled ahead of the further meeting and it’s apparent that there was a great deal of input and debate about what should be included and what should be excluded.

The court at the time was adamant that this stratagem was not an invitation for the plaintiffs to provide a competing circular to creditors.

But despite their counsel being told this directly, Justice McDonald said the plaintiffs “deliberately ignored the Court’s directions about the information to be provided to creditors.”

“In particular, they: (a) prepared and distributed the Competing Circular and a pro forma proxy which appointed their representatives as proxies and directed a vote against the DoCA; and (b) established a ‘call centre’ to contact creditors in relation to the meeting.”

According to the judgment call centre operators made outlandish promises to creditors about how substantial would be their recoveries if they voted in favour of liquidation but as Justice McDonald notes, MCCA told the court through a representative that it had not authorised any such promises and was at a loss to explain the conduct.

“Mr John Goulding, a consultant engaged by MCCA, gave evidence that MCCA had not authorised call centre staff to make any inaccurate statements, such as those set out above,” the judge said.

“He could provide no explanation as to how it had come to pass that such statements were made.”

But Justice McDonald was having none of it.

“Irrespective of whether the false statements were authorised by MCCA, it must accept responsibility for the misleading nature of the statements which were made.

“MCCA engaged the call centre for the express purpose of getting creditors to vote in favour of a liquidation.

MCCA was responsible for ensuring that information provided to creditors was accurate. It failed to do so,” he said.

Naturally enough, the voting on the DoCA at the subsequent meeting was very different with most creditors opposing but as the judge pointed out, the weight that could be given to those votes had to be viewed cautiously in light of MCCA’s conduct.

Nevertheless in concluding he said he was satisfied “that the failure of the report and further report to inform creditors of the marketing and sale of properties owned by the director’s related entities Capital K and H&M was a material omission” and that the director’s conduct was such that investigations that could only be carried out by a liquidator were warranted.

Schwarz and Corbin – who are at this stage unfunded – expect to be appointed liquidators subsequent to further orders of the court. Support INO’s continued chronicling of the insolvency sector.