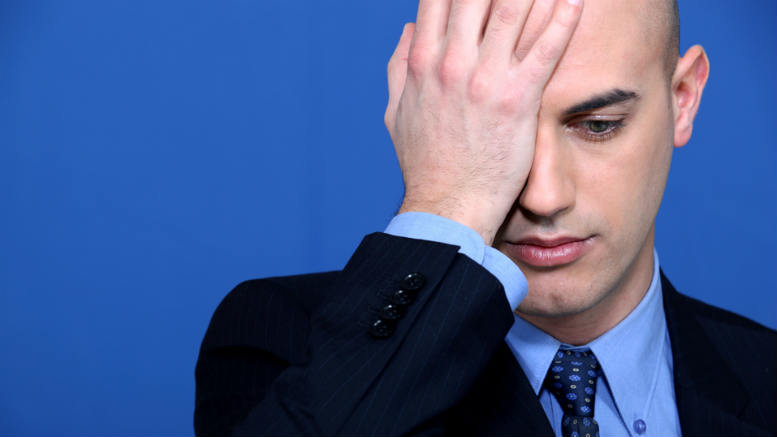 Those orders were subsequently dismissed on August 24 without published reasons but Katzmann’s judgment includes details of a December 2017 raid on Incollingo’s firm LCI Partners by the Australian Federal Police (AFP) and internal emails seized that discuss documents prepared in response to an ATO demand for information about Demian’s affairs.

In an email response to a request for comment yesterday Incollingo told Insolvency News Online “We deny all allegations made”.

His lawyers provided further detail in an email sent to INO last night.

“On 17 August 2018 the Deputy Commissioner of Taxation sought ex parte freezing orders against a taxpayer. As is the nature of an ex parte application, the evidence adduced was one-sided and untested,” Jason Green of Gibson Howlin Lawyers said.

“Her Honour, Katzmann J, did not have the benefit of any explanation from Mr Incollingo or LCI Partners on the Deputy Commissioner’s application for injunctive relief. Indeed, there was no contradictor on the application at all. On 21 August 2018, her Honour Katzmann J, granted the freezing orders.

“The next week the injunctions granted by Katzmann J were discharged and dissolved by another judge of the Federal Court, her Honour Davies J, on the basis that the Deputy Commissioner had failed to disclose important facts to Katzmann J on the ex parte application on 17 August 2018.

Incollingo is reasonably well known as a referrer in insolvency circles and was recently mentioned during our coverage of the appointment of special purpose liquidators involving the owners of Candelori’s restaurant at Smithfield in Sydney’s west. See: Jirsch Accepts Candelori’s SPL Gig After SVP Declines

The moral of the story seems to be that if trust beneficiaries declare carried forward losses equivalent to the amounts they received from the trust, then the ATO might well unleash the auditors but subsequent applications for asset freezing orders made ex-parte are fraught and perilous things. What we may be looking at is a monumental blunder by the DCoT.

According to the Katzmann judgment in December 2013 the ATO advised Demian that it would commence an audit of his tax affairs and those of various entities he controlled including his Lewisham Estate Trust (LET). Demain and various corporate entities and underlying trusts controlled by him are clients of LCI Partners.

Two years later, in January 2015 the ATO issued Incollingo with a a notice pursuant to section 264 of the Income Tax Assessment Act 12997 (ITAA) requiring him “to provide details of the information and documentation relied upon to determine the unit holders reported in the 2013 income tax return in the statement of distribution lodged for LET”.

According to the judgment Incollingo responded on March 10 of that year, sending an email to the DCoT attached to which were four documents including one titled Unit Certificate – Lewisham Estate Unit Trust that bore Demian’s signature and was dated 15 May 2003 which purported to certify that Demian Holdings Pty Ltd as trustee of The Demian Trust was the registered holder of 100 units in LET (Unit Certificate) and a document entitled The Fourth Schedule Hereinbefore Referred To Transfer Unit Trust, also bearing Damien’s signature and dated 15 May 2003, which purported to record the transfer of 100 units in LET from Advanced Holdings to Demian Holdings for consideration of $100.

“The evidence indicates that both these documents were created in 2015, during the course of the Commissioner’s audit and after LCI Partners received the letter from the Deputy Commissioner, and that representations made in them and in Mr Incollingo’s email were accordingly false,” Justice Katzmann said.

Apparently the DCoT came to this conclusion following the AFP raid. It appears that documents seized included emails between Incollingo and other professional advisers engaged by the Demian group in relation to the audit and that in the aftermath of the raid those emails and other documents were passed to the ATO audit team.

“Amongst other things, those emails indicate that the Unit Certificate and the Transfer Form attached to Mr Incollingo’s email of 10 March 2015 were created in February 2015 and backdated to give the appearance that the documents came into existence in May 2003,” Justice Kazzman said.

We should reiterate at this point that Insolvency News Online makes no allegations against any of the parties identified and that Incollingo has denied any wrongdoing. Further, the subsequent discharging of the freezing orders without reasons leaves us open to speculate. Perhaps the parties settled? Or perhaps the DCoT’s case wasn’t quite tip top?

Demian’s lawyer certainly appeared to suggest the latter when contacted about a separate allegation the DCoT made in attempting to persuade the court that there was a genuine risk that Advanced Holdings would dissipate assets if they weren’t frozen.

An example was provided of a separate entity controlled by Demian called Mt Lewis Estate Pty Ltd. According to the judgement Mt Lewis was issued with a statutory demand in 2017 for a $627,441.78 tax debt.

The company was also the registered proprietor of a property in Punchbowl, NSW. Based on the evidence provided by the DCoT, “Seventeen days after Mt Lewis had been served with the statutory demand, the Punchbowl property was sold to the brother of a principal in the firm of lawyers that has represented the Demian Group in various proceedings against the Deputy Commissioner”, Justice Kazmann said.

“Lionheart Lawyers is the firm that acted, but the principal referred to is neither the brother of, nor a family member of, the purchaser,” Azzi said in response to INO’s request for comment.