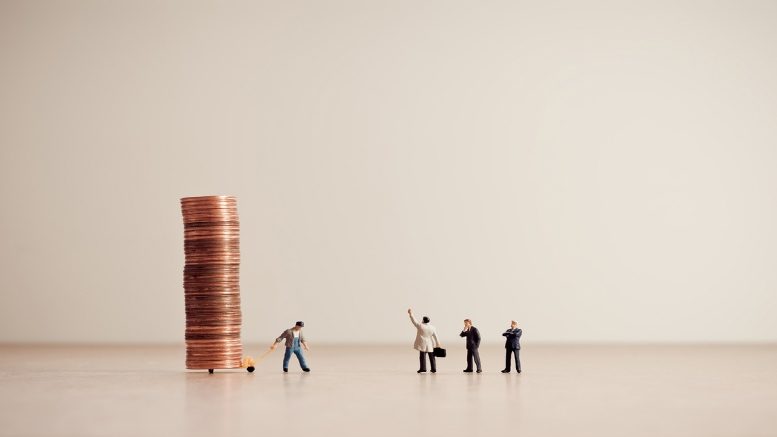 Immaterial. Every engagement. Every one of the $560,000-odd dollars Deloitte Australia billed and received from the insolvent Probuild construction group in the last two years, if not six months. All of it. Immaterial.

So at least sayeth Deloitte partners Sal Algeri, Jason Tracy, David Orr and Matt Donnelly in their February 23, 2022 Declaration of Independence, Relevant Relationships and Indemnities (DIRRI) filed with ASIC upon their appointment as voluntary administrators (VAs) of WBHO Australia Pty Ltd (WBHOA) and 17 other entities which together comprise the WBHOA Group under which at this point Probuild continues to trade.

“Deloitte Australia received fees totalling $171,700 (Excluding GST) from Group entities in relation to these engagements in the six months prior to our appointment. This amount has been refunded to the Group out of an abundance of caution in the event that the Companies proceed to liquidation and the payments received could be deemed to be preferential.”

So let us examine this proliferation of immateriality via reference to each category of pre-appointment engagement Deloitte undertook.

First is Project Control Reviews, which involved “low-level, sample-based compliance reviews of adherence to the Companies’ project policies and procedures”.

Under the category of Oracle Services Deloitte assisted with “enhancement and ongoing maintenance of the companies’ finance analytics interface software”.

Divestment Review – this was a “high level assessment of considerations and valuation guides required to be incorporated into any planned divestment of Probuild”, the VAs said.

According to the DIRRI the review services were limited to “high-level assessment of management’s pre-determined divestment options”.

“The services were provided for internal management purposes only and did not include a valuation that could be relied upon by the Group or any third party.”

Deloitte was paid $50,000 for this immaterial exercise, all of which it received in the last six months.

Working Capital Management Assessment – This was in effect a cashflow review, commenced in November 2021 and completed in December 2021.

Of just one month’s duration the cashflow review involved Deloitte meeting with WBHOA Group management to understand the trading assumptions that were being used to formulate the Group’s cashflow forecast out to December 2022.

Such was the immateriality of this assessment that it “assisted us to develop an understanding of the Group’s affairs and its activities which will enhance our ability to discharge our statutory and fiduciary duties as administrators in the best interests of the Group’s creditors.”

Deloitte billed WBHOA $85,238.00, subsequently reduced that figure by $52,738.00, and was paid the balance of $32,500 at some point within six months of the VAs’ appointment which would mean that out of an abundance of caution Deloitte chose not to receive a cent in exchange for reviewing the cashflows.

Last but least comes the Liquidity and Key Contract analysis, an engagement undertaken at the behest of the Deloitte foursome’s referrer on the job and WBHOA Group’s external legal advisors KingWood Mallesons (KWM).

They received $90,909.00 for attending nine meetings over six days. No need to refund that sum though.

Also immaterial, the engagement with KWM is better described as “Pre-appointment planning” something the VAs remind us has been sanctioned by the courts since Gilbert + Tobin engaged KordaMentha partners and staff to provide extensive pre-appointment services ahead of the appointment of three KM partners as VAs of TEN Network Holdings in June 2017.

The Deloitte Quadsome has estimated that the administration will cost creditors between $4 million and $5 million.

That of course will depend greatly on whether the business can be sold as a going concern, either with or without the effectuation of a Deed of Company Arrangement (DoCA).

They’ve also indicated that it’s their intention to apply to the courts to extend the convening period.

The first meeting is scheduled for Friday but may be held at a later date depending on an application being heard in the Federal Court today.

Deloitte confirmed that there has been no arrangement made for the fees that may be potential preferences to be returned to the VAs if the Group avoids liquidation.