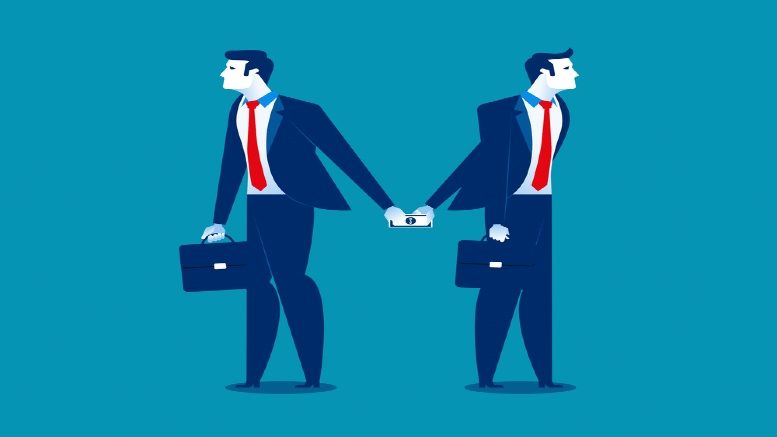 When a minion nicks millions from creditors it’s no surprise that the make good is both instantaneous and inclusive of interest.

For restructuring behemoth Deloitte, there was surely never any suggestion that the big four firm’s well-heeled partners would resile from repaying every cent allegedly looted from various liquidation accounts that had had some level of interaction with Paul Quill, the now ex-Deloitte Melbourne director at the centre of the scandal?

Quill is alleged to have misappropriated as much as $3 million via a fake expenses scam, one that he perpetuated over the course of six years, apparently without those responsible for the integrity of Deloitte’s internal processes cottoning on.

That said, no charges have as yet been laid and iNO makes no suggestion of wrongdoing.

Those accounts potentially include Plutus Payroll, the company at the centre of a $60 million tax evasion scam to which Deloitte Melbourne partners Tim Norman and Sal Algeri are liquidators appointed. No doubt the ATO would have sought by now assurances in respect of any Plutus accounts Quill might have worked on.

This week it was reported by Fairfax Media’s Sarah Danckert that Deloitte recently wrote to creditors of Merlin Diamonds to advise that Quill had allegedly used his “sophisticated and elaborate” scheme to extract $682,587.22 in fake expenses payments presumably from the Merlin liquidation accounts. The money, Deloitte told Merlin creditors, was spent on contemporary art.

But as Danckert’s story also revealed, Deloitte had already “reimbursed the full amount plus interest”.

While Quill has agreed to assign his assets to Deloitte so the firm can recoup the misappropriated funds, it’s right that the risk of recovery should reside with the partnership, not creditors of companies controlled by Deloitte partners.

And that got iNO thinking. The decision to restore the accounts to their correct balances – including interest – is not only appropriate, it’s not without precedent.

The same approach was adopted by Jirsch Sutherland’s equity partners after it was discovered in late 2018 that liquidator and salary partner Amanda Young had been augmenting her lifestyle for some years by surreptitiously dipping into various liquidation accounts.

Once the scale of her theft was revealed Jirsch’s equity partners arranged for the accounts to be replenished, with managing partner Bradd Morelli saying: “The balance of $193,502.23 has been reimbursed into the subject liquidation accounts by the Jirsch Sutherland partnership pending any further recoveries from Amanda Young.”

And before Amanda Young there was PPB Advisory partner David Leigh, who did go to gaol after pinching $700,000 from the liquidation account of Neolido Holdings to pay personal debts.

In a statement issued at the time PPBA said: “We will be fully reimbursing this valued client and have advised them of this. We are working with the client to manage the repayment.”

We don”t know if either PPBA or Jirsch sweetened the reimbursements with interest payments though it seems likely.

If not, Deloitte appears to have set a new standard in the practice of making good to creditors when one of their own goes bad.

Deloitte Does Deal With Deceitful Director