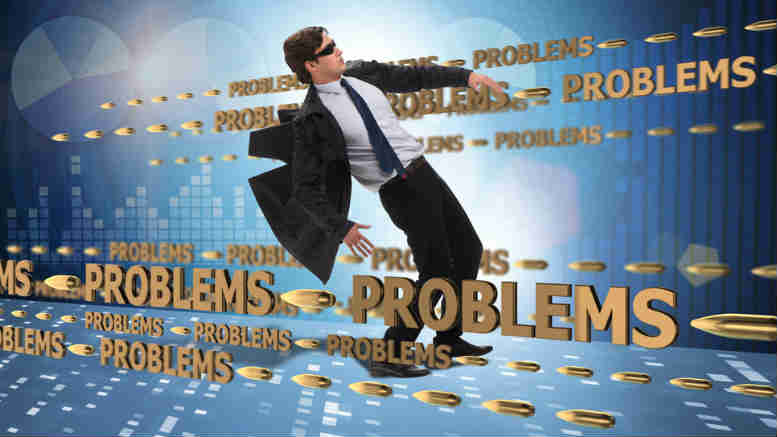 Craig Walton, a key figure in one of the most controversial corporate restructures of recent times, has declared bankruptcy a week before the commencement of a trial brought by liquidators chasing the 63 year old for a $1.65 million debt.

A search of the National Personal Insolvency Index reveals Craig Hall Walton, unemployed of East Melbourne, declared himself bankrupt via a debtor’s petition on November 18, 2019.

A major builder, Walton Construction was referred to Melbourne-based advisory firm Mawson Group by an employee of its lender National Australia Bank (NAB) back in 2013.

What followed was a restructuring of the group’s affairs that saw NAB paid its partially secured debt in full and the director’s guarantees extinguished.

While Craig Walton and Mawson insist the restructuring saved jobs and enabled many of the company’s projects to be completed, unsecureds still faced losses the corporate regulator estimates at almost $70 million.

To say the aftermath of the restructuring has been eventful would be an exercise in understatement.

Lawler Draper Dillon’s Stirling Horne, Glenn Franklin and Jason Stone, the administrators initially appointed in October 2013 to deal with the group entities left insolvent by the restructuring were removed by an order of the Court of Appeal in 2014 following an application by ASIC.

The regulator believed the VA’s appointment was blighted by a perception of a lack of independence given the three had a pre-existing referral relationship with Mawson.

A portion of Walton group workers entitlements had to be provided via the Commonwealth-backed FEG Scheme to the tune of $1.7 million.

The collapse also saw the formation of Subcontractors Alliance, whose lobbying led to changes to laws in Queensland and the establishment of a Senate Inquiry into insolvency in the construction industry.

Despite replacing the original appointees McCann and his colleagues have also had their difficulties, with Menzies Advisory’s Michael Caspaney appointed special purpose liquidator to Walton Construction and Walton Construction (QLD) earlier this year to explore possible claims against NAB that the GPLs had deemed uncommercial to pursue after obtaining legal advice.

That aside the GPLs have also had some success, including recovering almost $700,000 from QHT Investments, a company controlled by a director of Mawson which had a pivotal role in the restructuring effort.

But Craig Walton’s decision to bankrupt himself via a debtor’s petition must have been a blow.

During public examinations in 2015 Walton admitted owing between $1 million and $2 million.

When the GPLs served demands to recover the monies Walton disputed the debt, claiming it was offset by dividends declared in his favour by Walton entities.

McCann told iNO yesterday: “ … no such dividends in his favour were reflected in the accounts or tax returns of the group entities, including his own.”

He said the costs associated with the now abandoned trial amount to something in the order of $400,000.

The NPII notice indicates that Walton’s file is presently with the Official Trustee in Bankruptcy (OT).

Chances are it will pass into the hands of a practitioner on the OT’s panel of registered trustees. McCann confirmed the liquidators are interested.

“We will definitely lodge a claim for our outstanding debt in the bankruptcy,” he said yesterday.

“We envisage a private trustee may be appointed in the near term and we would like to explore with that trustee the outcome of their preliminary investigations to ascertain the prospects of identifying potential recoveries for creditors.”

The FEG Recovery Unit also confirmed its interest, with senior executive Henry Carr hinting it may even fund a trustee, just as it’s funded McCann and Co.

“Those proceedings shed significant light on the conduct of Mr Walton and others associated with the downfall of the Walton Group.

“I expect that our team will in due course engage with the Trustee and we may ultimately fund the Trustee to assist them to fully realise any and all assets and claims of the estate.”

One underwritten by insurer Chubb could be viable in respect of entities connected to the directors of Mawson Group.

To this end the GPLs recently summonsed Melbourne-based liquidator Jim Downey to attend a public examination in relation to the winding up of Mawson Restructures & Workouts (MRW).

Downey was approached for a consent by prominent Melbourne lawyer Nick Stretch in October 2017 and at a subsequent meeting, Stretch attended with MRW director Pat McCurry.

According to Downey’s DIRRI Stretch was an occasional advisor to Mawson Group, something the Denton’s partner confirmed with iNO by email yesterday.

Downey said the advice he provided to McCurry related only to the winding up of the company and did not involve guidance in respect of the director’s personal affairs.

Downey and the GT three however have had difficulties seeing eye to eye in respect of the GPLs’ inquiries about the existence or otherwise of any D&O policies.

Downey told iNO the liquidators should have given him the protection of a witness box to explore the issue earlier.

As it was they brought him in after he had completed his winding up and deregistered the company.

That led to an application for reinstatement and the appointment in October 2019 of Bentley’s Tracey Knight as liquidator of the resurrected entity now known as A.C.N. 152 646 323 Pty Ltd.

Its directors are the same people who control Mawson Group, Pat McCurry and Julian Kirzner. Support INO’s continued chronicling of the insolvency sector.

Further reading below, including an excellent analysis by Jason Harris, Professor of Corporate Law at University of Sydney: