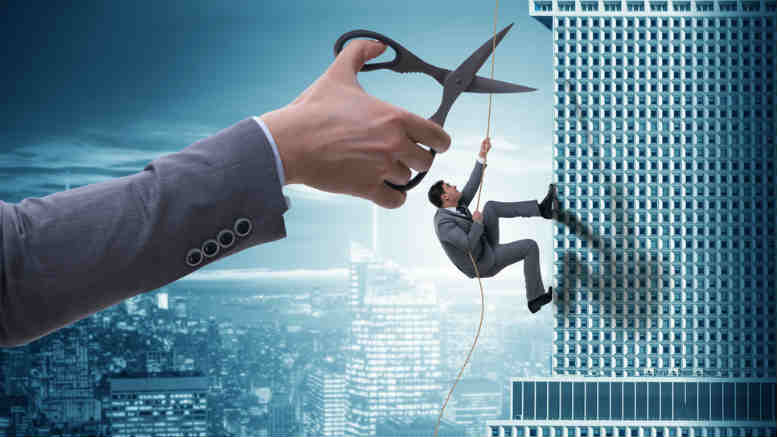 In the end, 10 years on the sidelines looks better than a lifetime ban.

So for David Nicholas Iannuzzi, the Sydney liquidator who for the last two years and three months has defended wide ranging allegations of serious misconduct, a decade of ignominy as a struck-off ex-liquidator commenced yesterday.

Delivering his long awaited judgement, Federal Court judge Angus Stewart ordered that Iannuzzi’s name be removed from the register of liquidators; that he be restrained from applying for registration as a liquidator or trustee in bankruptcy for 10 years and prohibited from accepting appointment as liquidator, provisional liquidator, voluntary administrator, administrator of a deed of company arrangement, or as a receiver or other controller of property of any corporation for the same period.

For good measure, Justice Stewart also ordered Iannuzzi to pay the costs of the Commissioner of Taxation (CoT), which initiated its pursuit of the Veritas Advisory principal with the filing of a 92 page litany of alleged recklessness, negligence or worse back in late August 2017.

“In my judgement, this failure represents a substantial shortfall below the level of care and diligence required of Mr Iannuzzi and his admissions leave many questions unanswered,” Justice Angus Stewart.

Most of those allegations are canvassed in Justice Stewart’s 45 pages of reasons for yesterday’s decision, a decision which stems from an application for consent orders brought before him by the parties on July 15, 2019, 48 hours before Iannuzzi was due to begin three days of gruelling public examinations.

Underlying the consent orders was a statement of agreed facts (SoFAC) Iannuzzi admitted to.

A close reading of the initial and amended originating processes and yesterday’s reasons however reveals that in agreeing with the SoFAC Iannuzzi has avoided potentially more damaging findings and a lifetime ban.

“A significant factor in my assessment that the agreed orders are within a range of appropriate orders is the lateness of Mr Iannuzzi’s insight into his wrongful conduct,” Justice Stewart said.

“As indicated above, the approach that he took to this proceeding until the eleventh hour caused the Court, other litigants in other matters before the Court and the Commissioner considerable inconvenience and/or expense.

“Moreover, it is an adverse reflection on Mr Iannuzzi’s character, and thus on whether he is a fit and proper person to be a liquidator, that he has come to the insight that he now has at such a late stage and only when faced with a potentially significantly more serious case including allegations of being party to a proposed scheme to defeat or hinder creditors.

“It also shows the possible precariousness of that insight such that it is necessary to protect the public from Mr Iannuzzi acting as a liquidator for a long period of time,” the judge concluded.

Remarkably, the judge reveals that up until his 11th hour about face and acceptance that he would be rubbed out for 10 years, Iannuzzi was in denial.

” … as recently as 23 May 2019, that is to say only about seven weeks before the hearing, Mr Iannuzzi in a counselling session with a psychologist expressed some disbelief, frustration and significant feelings of injustice surrounding the matter,” Justice Stewart said.

“He said that he perceived he had been unfairly targeted by the Commissioner. Thus, even at that late stage Mr Iannuzzi lacked an appreciation of the delinquency of his conduct.”

The judge’s affirmation of the consent orders mean Iannuzzi avoids being publicly examined by lawyers acting for the CoT.

In the wake of the ruling, ASIC will no doubt get around to removing Iannuzzi’s name from its professional registers but we’ll have to wait and see if it also impose a restriction on registered liquidators to ensure no one employs him, as it did with David Leigh after he pleaded guilty to fraud in 2018 over $800,000 taken from a liquidation account while he was a partner at PPB.

ARITA moved early, announcing early today it had suspended Iannuzzi’s membership and we can expect that suspension to evolve quickly into expulsion. See: Suspension of ARITA Membership – Mr David Iannuzzi.

But that’s not necessarily the end of it for Iannuzzi.

The original proceedings involved the CoT seeking a court-administered inquiry into Iannuzzi’s conduct as external administrator of dozens of companies referred to Iannuzzi or his late mentor Murray Godfrey by Banq Accountants & Advisors.

The Federal Court in September ordered that ASIC re-register nine of those companies and appointed KPMG pair Gayle Dickerson and Stephen Vaughan as liquidators.

That application for re-registration and the appointment of the KPMG pair was made by the CoT.

Depending on what the liquidators turn up in their initial investigations, Iannuzzi could still find himself summonsed to give evidence in public examinations, though we understand any examinations would be dependent on the liquidators obtaining sufficient funding which has yet to be sought.

In addition, BPS Recovery’s Mitchell Ball is investigating an alleged tax conspiracy involving the issuance of fake invoices in his capacity as liquidator of a company called Bluemine.

Bluemine lists its office at the same address as Banq Accountants. One of the former directors of Bluemine is Gino Cassaniti.

Given how many referrals he received and how close Veritas was to Banq – Veritas’s Louise Thomson was Cassaniti’s trustee in bankruptcy – Iannuzzi may well have valuable insights to offer Dickerson, Vaughan and Ball. And he has 10 years to think about it. Support INO’s continued chronicling of the insolvency sector.

3 Comments on "Court agrees to ban liquidator for 10 years"