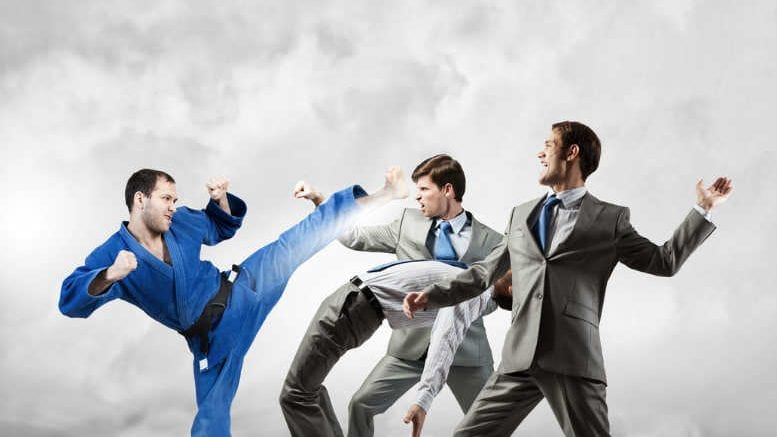 Brendan Copeland and Robert Whitton have repelled attempts to remove them as liquidators of Ridley Capital Holdings.

Well they’ve done it. Brendan Copeland. Robert Whitton. Two of William Buck’s finest. They’ve beaten off a concerted effort to have them replaced as liquidators of Ridley Capital Holdings (RCH). John Sheahan and Ian Lock, who’d consented to act in their place, can only ponder what might have been.

Copeland and Whitton’s position was confirmed on Wednesday via the judgment of Supreme court Justice Ashley Black, who dismissed an application to replace them brought by former Ridley partner Corbis Global.

The Argentinean-based Corbis Global is the major unsecured creditor of RCH. Founder and chief executive Martin Amengual told SiN that while his organisation was disappointed with the decision, “from my perspective, even in a worst case scenario wherein at the end of the day Corbis may need to pay some costs to the present liquidator, Corbis’ main goal was unequivocally accomplished: that a public examination will go forward to advance its case that a conspiracy was engineered and executed to deprive Corbis of the amounts due and owing it, through the planned-in-detail phoenix activity of those responsible.”

Corbis Global is, by Amengual’s calculations, owed around $2 million in costs and interest. It had wanted Sheahan and Lock to undertake the public examinations for two reasons. One is that they aren’t Copeland and Whitton, whom Corbis believes are conflicted despite Justice Black ruling that there was insufficient evidence to make such a finding. The other reason is money.

The William Buck duo have no funds with which to conduct public examinations. Nor have they an indemnity for their costs of doing so. Putting aside the question of how they funded their defence in these proceedings – which included MacPherson Kelly’s Chris Frawley and barrister Daniel Neggo – funding is the crux of the matter.

Corbis had offered to fund the legal costs associated with conducting public examinations but would only make a contribution to the cost of the liquidators’ fees in the conduct of the examinations. A contribution is not an indemnity. Impasse one.

A further sticking point emerged when Copeland and Whitton realised Corbis wanted its Australian lawyer – Mark Doble of Eakin McCaffery Cox – to act for them in the conduct of the examinations. Given he was acting for the petitioning creditor they identified it as a conflict of interest. Doble disagreed. Impasse two.

According to Doble’s affidavit, part of which were quoted in the judgment, he and Lock had a conversation in April 2016 in which Lock said that if he and Sheahan were appointed they would conduct the public examinations and seek to recover their remuneration from “antecedent transactions in respect of the company”. In other words,they’d run the PE on spec.

According to Doble, Lock also expressed no reservation about having Doble act for the company’s liquidators in the event Sheahan and Lock were appointed. No wonder Corbis was keen to replace the incumbents. So where to now? A truce and public examinations are very likely.

As Justice Black pointed out in paragraph nine of his judgment when discussing material brought more recently to the liquidators’ attention: “The question whether matters involving the Company would warrant further investigation is not in contest since, having now received those documents, the liquidators accept that the matters raised by them warrant further investigation”.

Be the first to comment on "Copeland and Whitton repel usurpers"