An accidental conflict has forced a Deloitte partner to seek a special purpose liquidator to Bramco Electronics. 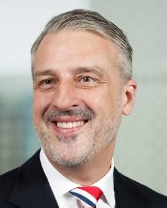 When insolvency practitioners decamp to more rewarding professional pastures, they invariably take with them the seeds of potential conflict.

This week it was liquidator David Mansfield applying the round up to a weed that’s sprouted into inconvenient life since he moved to Deloitte in May 2014.

In the NSW Supreme Court on Monday lawyers for Mansfield applied for an order to appoint a special purpose liquidator (SPL) to Bramco Electronics Pty Ltd. Mansfield was appointed liquidator to Bramco via order of the court in December 2013.

At the time he was a partner at Moore Stephens but when he moved to Deloitte he took Bramco with him. Two and bit years later it seems that a payment Bramco made to Deloitte prior to Mansfield’s appointment might qualify as an unfair preference. Attempting to recover it from your own firm isn’t an option. So what to do?

Standing aside to allow a new liquidator to take over the file would be costly and inconvenient. It could also trigger the kind of creditor’s revolt ASIC’s Adrian Brown would be only too happy to utilise as justification for an audit.

Enter Chifley Advisory’s Gavin Moss, who’s consented to act as a special purpose liquidator (SPL) to investigate the potential preference. He told SiN yesterday he didn’t know Mansfield well but had been referred to the Deloitte partner by his colleague at Chifley Trent McMillen, who was also at Moore Stephens before moving to Deloitte in May 2014 and then on to Chifley in October 2015.

Mansfield meanwhile is awaiting the outcome of the SPL application set down for hearing before Justice Paul Brereton on October 6, which will also consider whether to extend the time available to pursue preferences, including the payment to his new firm that precipitated the SPL application.

“There was a conflict issue that came up and we took advice and it seemed that this was one way of dealing with the issue without replacing the liquidator because of all the knowledge we’ve built up on the file,” Mansfield said.

“I was a partner at Moore Stephens, this was a matter I brought with me when I came to Deloitte, and subsequently there was an issue that came to light, nothing major but Deloitte had done some work for the company in the past, an R&D grant claim,” he said.

“It was nothing out of the ordinary, and there was no advice sought and we want a special purpose liquidator to look at it to determine if the payment to Deloitte was a preferential payment.”

A look at Bramco’s historical record suggests the company may have been phoenixed through several incarnations. The Australian Tax Office and the Department of Employment’s Fair Entitlements Guarantee Scheme (FEG) division are significant creditors but the company has no assets other than the preference claims so progress depends on Justice Brereton’s agreement, which is not certain as at least two parties present at the court on Monday sought leave to object to the application without being joined as defendants.

The judge insisted they had to be joined if they wanted to be heard. SiN will report back after October 6.