Claims against Bruck's chairman and senior officers are likely to be strenuously defended. 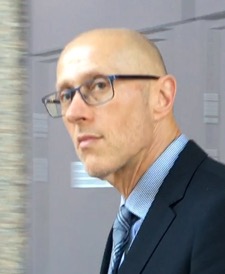 It’s been a while coming but lawyers for the liquidators of Bruck Textile Technologies (BTT) (In Liquidation) have served the company’s two most senior officers and its owner and chairman with a multi-million dollar compensation claim in which they allege the defendants breached their directors duties, engineered uncommercial transactions and contravened the Corporations Act’s section 265D as it applies to capital reductions.

BTT’s chairman and owner, textiles and property tycoon Philip Bart, declined to comment when contacted, other than to brand the claims “pure fiction”.

A copy of the writ, which was lodged in the Federal Court on February 20, includes a detailed outline of the facts as asserted by HLB Man Judd’s Barry Taylor and Andrew Needham, who recently established his own practice, Anequity.

The defendants are alleged to have brought about an outcome whereby the core business of BTT and its assets would remain under the control and management of the defendants via another corporate vehicle – Australian Textile Mills Pty Ltd (ATM).  This, the liquidators allege, was done to relieve the business of the burden of millions of dollars in employee entitlements owed to the BTT workforce, along with 58 positions.

The assets were transferred to ATM from BTT for a consideration of $1.00, one day before BTT was wound up in a creditors voluntary liquidation on July 11, 2014.

The steps towards the outcome now being challenged are alleged to have begun in 2013 when the defendants:

(a) formalised the transfer of Sisely Properties Ltd, the company which owned BTT’s factory premises, with a book value of $8.048 million, to BTT’s immediate parent company Australian Textile Group Pty Ltd (ATG). The writ sates that “this occurred in circumstances where BTT had owned all the shares in Sisely and therefore owned the land on which the factory premises stood”;

(b) proposed and formally recorded a lease between BTT and Sisely with rent of $700,000 per annum, which the liquidators assert is significantly above comparable market rates;

(c) granted security interests over BTT’s related party debt, including the liabilities under the Sisely lease;

(d) sold BTT’s finished inventory and accounts receivables with a book value of $8.914 million to a related entity (Bruck Sales) (Sales and Marketing) and;

(e) in connection with the inventory and accounts transaction, made a reduction of capital payment of $8.191 million to ATG

“The only consideration received by BTT for the Sisely sale, the Bruck Sales and Sales and Marketing Sale were loan receivables from the transactions’ counterparties,” the liquidators allege.

“These receivables were extinguished using dividends and capital reductions which were declared and paid by BTT to ATG.

“No consideration was received for the liabilities imposed by the Sisely Lease or the Security Interest Grant,” they said.

The liquidators claim the various transactions and moves to restructure BTT ahead of placing it into liquidation had the effect of leaving 58 BTT workers out of a job and zero assets in the liquidated entity with which to pay their entitlements. It’s no coincidence that Taylor and Needham are conducting their investigations with direct financial assistance via a funding agreement and legal firepower from the FEG Recovery Unit housed within the Department of Employment.

In the wake of BTT’s July 11, 2014 liquidation the Commonwealth paid out $3.485 million in entitlements to employees made redundant by the BTT restructure via the Fair Entitlements Guarantee (FEG). The FEG Recovery Unit’s chief head kickers Henry Carr and Janine Cole are known to have determined that those funds must be repaid.

Also chipping in has been the Australian Securities and Investments Commission (ASIC) which made hundreds of thousands of dollars available to Taylor and Needham via the Assetless Administration Fund so they could conduct public examinations of Bart and BTT management. Prosecuting the liquidator’s case will be Martin Place’s finest, Henry Davis York, no disrespect to Ashurst intended.

It should be noted that no finding has been made against BTT’s directors. Bart – who was a director of BTT when it was placed into liquidation – told SiN back in April 2016 he had provided to the liquidators all information necessary to demonstrate that the statute had not been breached.

According to a source close to the case there has never been a successful claim under Section 596AB of the Corporations Act, which deals with the entering into agreements or transactions to avoid employee entitlements.